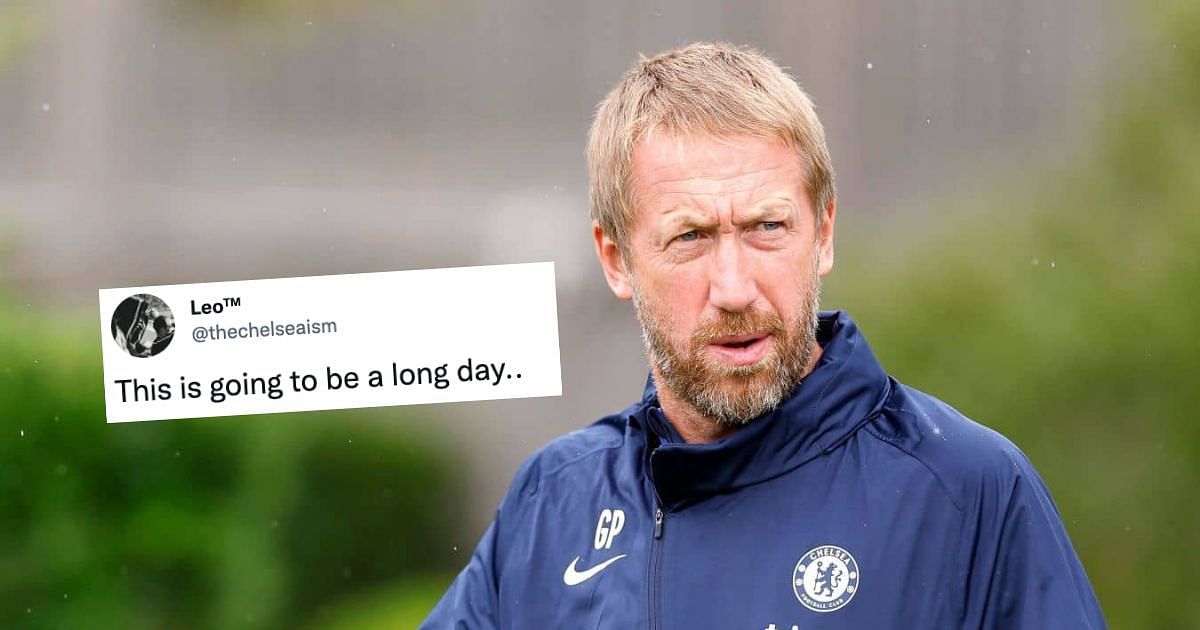 Chelsea fans are not pleased with the inclusion of three players in their starting lineup to face Crystal Palace in the Premier League this weekend. Graham Potter has opted to play Mason Mount, Conor Gallagher, and Kai Havertz, all of whom have not impressed the fans in recent games.

It hasn’t helped that all three attacking players have struggled to find the net in recent times, racking up a combined two goals in their last ten games. Their sub-par performances for much of this season have upset the fans to no end, and many supporters are not looking forward to a great game against Palace.

The Stamford Bridge faithful took to Twitter to slam Potter’s decision, sharing their heartfelt opinions about the trio starting for the Blues. Here is a selection of their tweets:

Mount and Gallagher?? Lord have mercy..

HOW IS HAVERTZ ANYWHERE NEAR THAT TEAMSHEET

Gallagher and Mount in the same line up, Lord 😂😂😂

Gallagher and mount in the same team. Yh safe I’m out of here

Mr potter just keep on pushing for his own trouble with fans 😏
Mount havetz Gallagher there is problem. 😏😡😭 https://t.co/0kej8Jwt6k

Mount , Havertz and Gallagher in the same lineup😭

Mount Gallagher Havertz
This is going to be a long day..

Chelsea will aim to recover from successive losses as they host Crystal Palace in their next Premier League match on Sunday. The Blues recently suffered a 2-1 defeat to Fulham in the league, while Palace lost 2-1 to Southampton in their last FA Cup match.

Graham Potter is currently not facing significant pressure at Chelsea, as he is expected to be given time to improve the team’s performance. However, his start at the club has been difficult, with a record of eight wins, four draws, and seven losses in 19 games. The team will enter this match having lost their last three games across all competitions, including their last two in the league.

Chelsea lost 2-1 to Fulham in the league on Thursday, which came after losing to Manchester City in the Premier League and FA Cup. The Blues will play four league games against Palace, Liverpool, Fulham, and West Ham United before playing the first leg of their last-16 UEFA Champions League tie against Borussia Dortmund.

Chelsea are currently in 10th place in the league table, 10 points behind Manchester United in 4th place, with a game in hand. The team’s poor performances, including defensive struggles that have resulted in 21 goals conceded in 18 matches, have been one of the biggest talking points of the season so far.

However, the Blues have a strong record against Palace, having won each of their last 11 Premier League games against them. This run of form should give them confidence heading into this match.