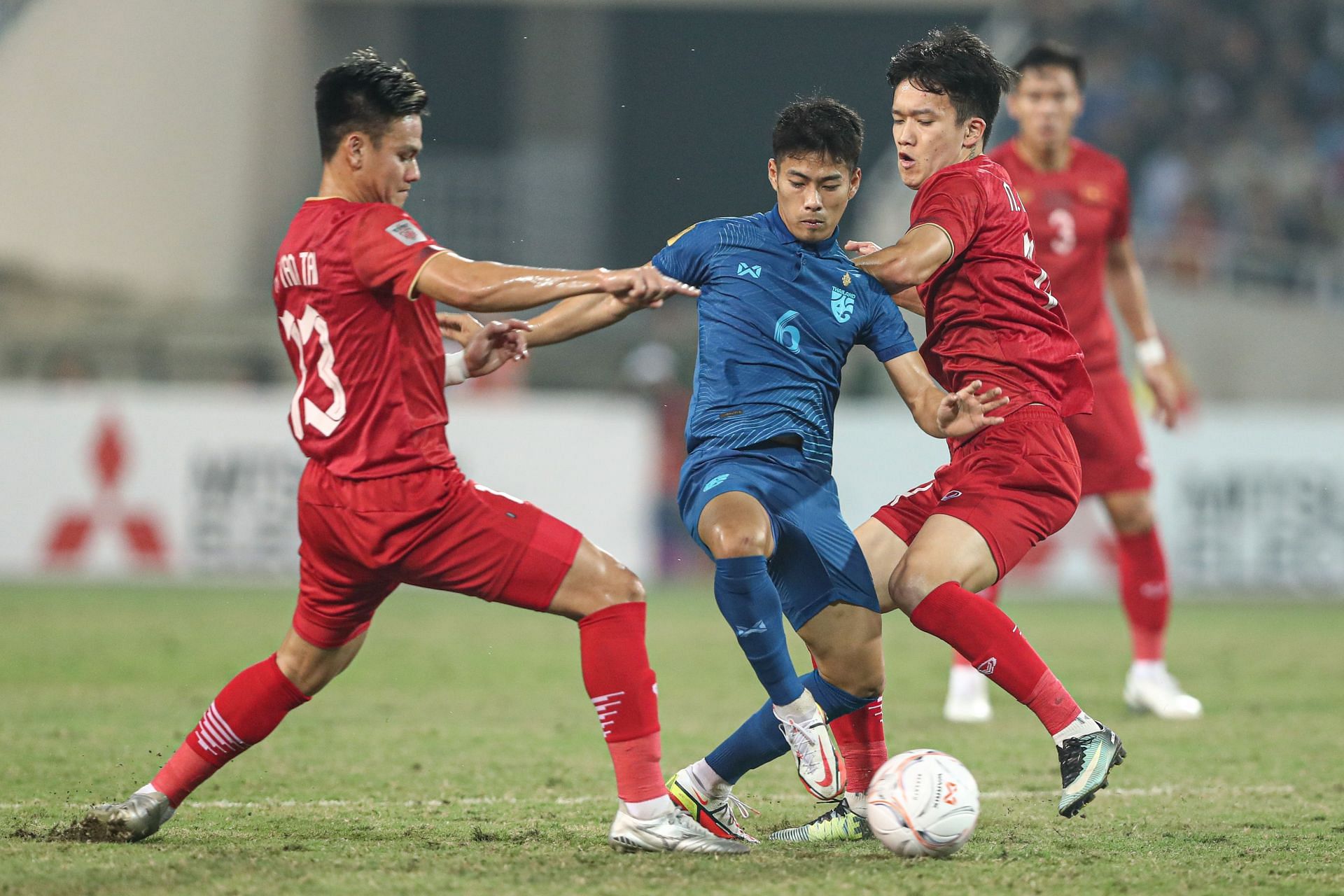 Thailand host Vietnam at the Thammasat Stadium in Pathum Thani on Monday to decide the winner of the 2022-23 AFF Championship.

The neighbors played out a 2-2 draw in the first leg in the Vietnamese capital of Hanoi on Friday, leaving the tie hanging in the balance.

Vietnam hitman Nguyễn Tiến Linh continued his incredible run in the competition by scoring the opening goal for the Golden Star Warriors.

The War Elephants fired back in the second half, with Poramet Arjvirai leveling the scores in the 48th minute before Sarach Yooyen put them in front 15 minutes later.

Alexandré Pölking’s side were on course for a huge win but V&utilde; V&abreve;n Thanh broke Thai hearts by scoring for Vietnam in the 88th minute and forcing a share of the spoils.

It all comes down to this one on Monday, with Thailand looking to retain their AFF Championship crown while Vietnam are one game away from their first title since 2018.

Finals are always tough to predict and this one is no different. Thailand have home advantage and boast a strong attacking unit.

All square in the final’s first leg as the match between 🇻🇳 and 🇹🇭 ends in a close 2 – 2 draw!

Tiến Linh and V&abreve;n Thanh, with an absolute stunner, the scorers.

Difficult aggregate but all possible in Monday’s rematch!

PS: Almost had a heart attack at the end. pic.twitter.com/6S9AkR9rSM

Vietnam, meanwhile, have led by example in defense and demonstrated strong resolve in the first leg to snatch a late equalizer.

Although the Golden Star Warriors are playing away from home, they cannot be underestimated and might push Thailand all the way once more.

It could end in another draw before Vietnam prevail on penalties.