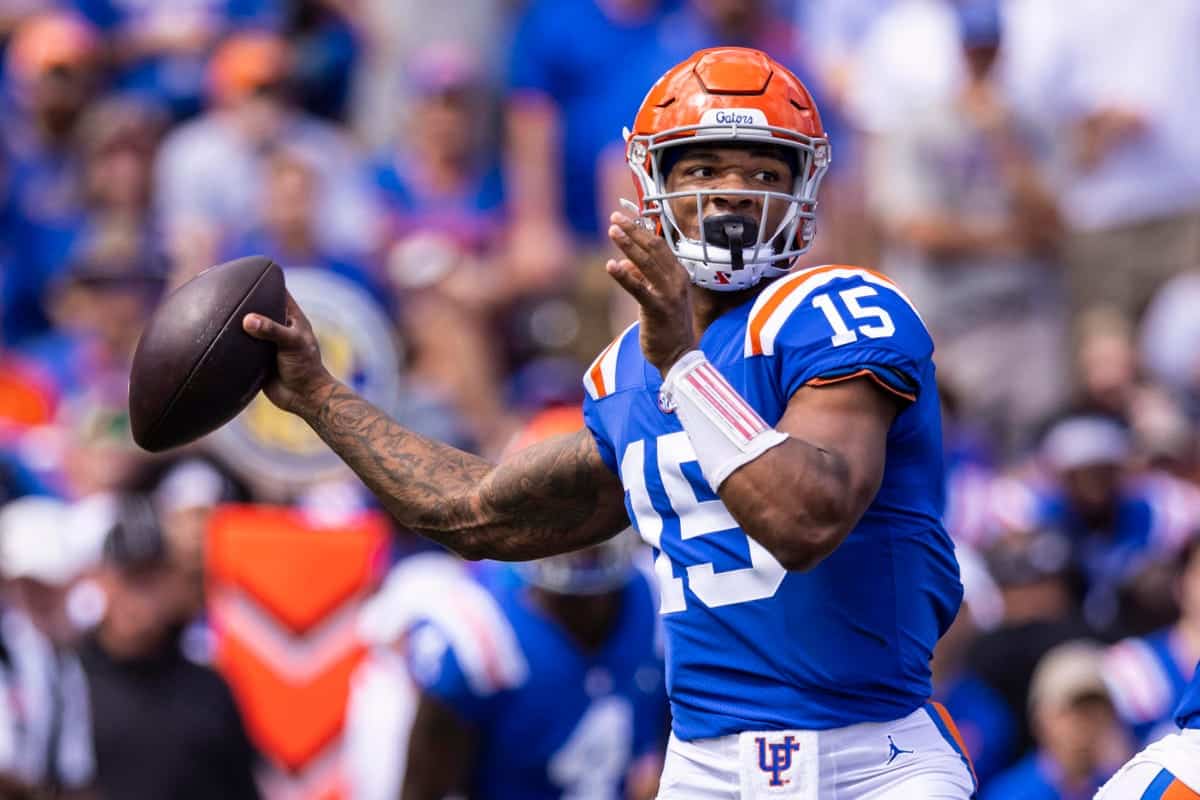 Richardson was a hometown kid from Gainesville who chose to show his talent at Florida. He is now in the 2023 NFL Draft.

As a recruit, Richardson was a four-star prospect. He played a limited amount of snaps in his first year on campus and redshirted. When he was a redshirt freshman, he played in seven games, passing for 529 yards, six touchdowns and five interceptions on 59.4 percent completion. His play helped the Gators win six games. In 2022, Richardson was the full-time starter with 2,549 passing yards, 17 touchdowns and nine interceptions on 53.8 percent completion. The Gators again won six games with Richardson at quarterback.

Richardson decided to opt out of Florida’s bowl game and start preparing for the 2023 NFL Draft. He is a projected first-round pick.

Richardson has a great build for an NFL quarterback at 6-foot-4 and 235 pounds. With his size comes great strength, as he can be seen shaking off sacks and tacklers with regularity. His frame should make him decently durable, which is important given his play style.

There is no one in this class with a stronger arm than Richardson. He throws the ball effortlessly and still gets some velocity on his passes. Richardson can throw the ball far, but more importantly, he can fit the ball into tight windows by putting some extra zip on his passes. He has the arm strength to make any throw asked of him in the NFL.

His athleticism is also an elite part of his game. He has the ability to run and pick up yardage, eluding tacklers along the way. When he leaves the pocket, he can make plays out of structure. His solid speed and ability to run fits in well with today’s NFL, as he can beat defenses in multiple ways.

Richardson has some accuracy issues, which were prevalent throughout his college career. He misses on throws that a lot of other quarterbacks make easily. While he can make any throw, he misses a decent amount in the short, intermediate and deep part of the field. He completed just 53.8 percent of his passes this season. Richardson could be more accurate with short passes to leave room for receivers to run after the catch.

His decision-making will also need to improve at the next level. Richardson has a strong arm, but sometimes believes in his arm too much and tries to fit the ball into windows that are too tight. He also doesn’t always recognize safeties lurking over the top to make plays on the ball. Overall, he takes too many chances with the football.

Make sure to check out our NFL Draft page for more content like Anthony Richardson 2023 NFL Draft Profile!