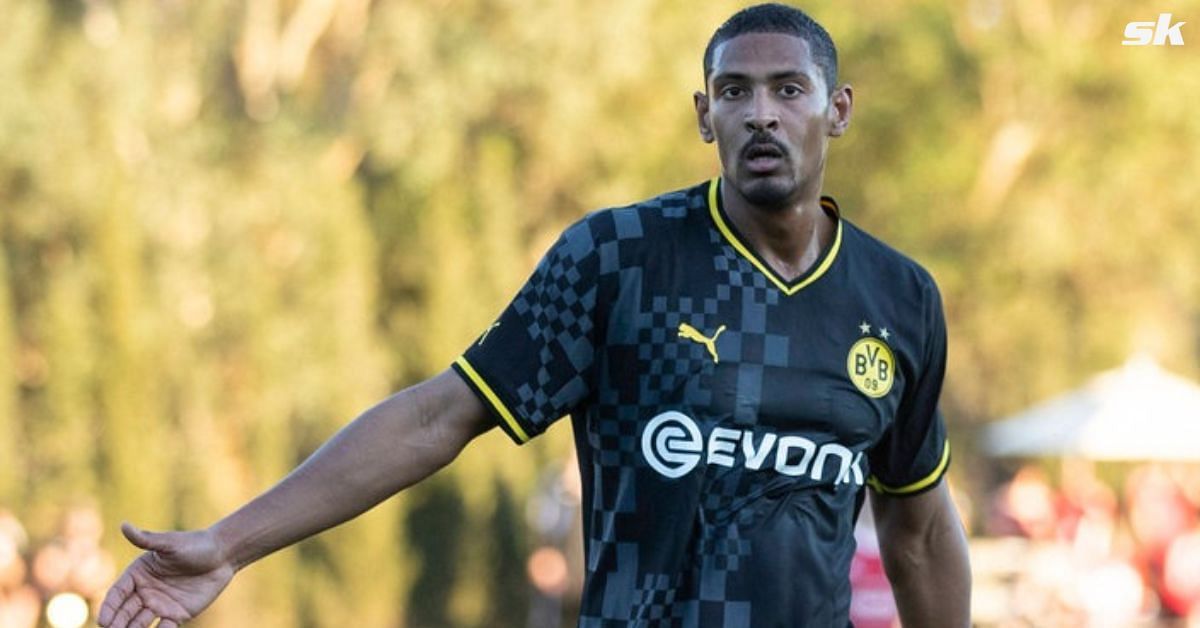 Sebastien Haller scored a seven-minute hat-trick for Borussia Dortmund against FC Basel in his second game since returning from a cancer diagnosis on January 13.

Haller signed for Dortmund last summer for a fee of €34.5 million with add-ons from Ajax. He was touted as a replacement for Manchester City-bound Erling Haaland. He was unfortunately diagnosed with a malignant testicular tumor in mid-July.

The Ivorian striker left his team’s pre-season camp in Switzerland. He underwent two surgeries and several chemotherapy sessions to control the spread of the disease. Just under six months after his initial diagnosis, he returned to team training earlier this month.

Haller joined his teammates at their winter training camp in Marbella, Spain. His first game since his return came on January 10 in a 5-1 friendly win against Fortuna Dusseldorf.

He came on as a substitute in the last 20 minutes but failed to make a tangible impact on the game. However, he was back amongst the goals with a seven-minute hat-trick against Basel on Friday.

The 28-year-old was introduced with 30 minutes left on the clock and scored his first goal in the 81st minute via a penalty kick. The second strike came three minutes later, with the hat-trick goal coming in the 88th minute after he was on hand to convert a tasty Julian Brandt cross.

This would have been a promising sight for manager Edin Terzic, for whom Haller’s addition will feel like a new signing. The Black and Yellow have come to rely on Karim Adeyemi and Youssoufa Moukoko up front.

However, Haller will now push for more starts as the season progresses. If his hat trick is a sign of things to come, then fans can expect the Ivorian to operate at a similar level to what he did last season.

Sebastien Haller has claimed that he only took 19 days in the last six months while recovering from testicular cancer.

Speaking at a press conference on January 9 before returning to the field, the former West Ham United striker said (h/t Yahoo! Sports):

“There are no limits and restrictions on my involvement unless the medical staff tell me otherwise. [Returning is the] best feeling I could have.”

“I didn’t know what the future will bring, but I focused every day on staying fit. I can do everything now that I used to do before; that gives me great confidence. I took only 19 days off in the six months. It was hard, but it’s my job and I love it.”