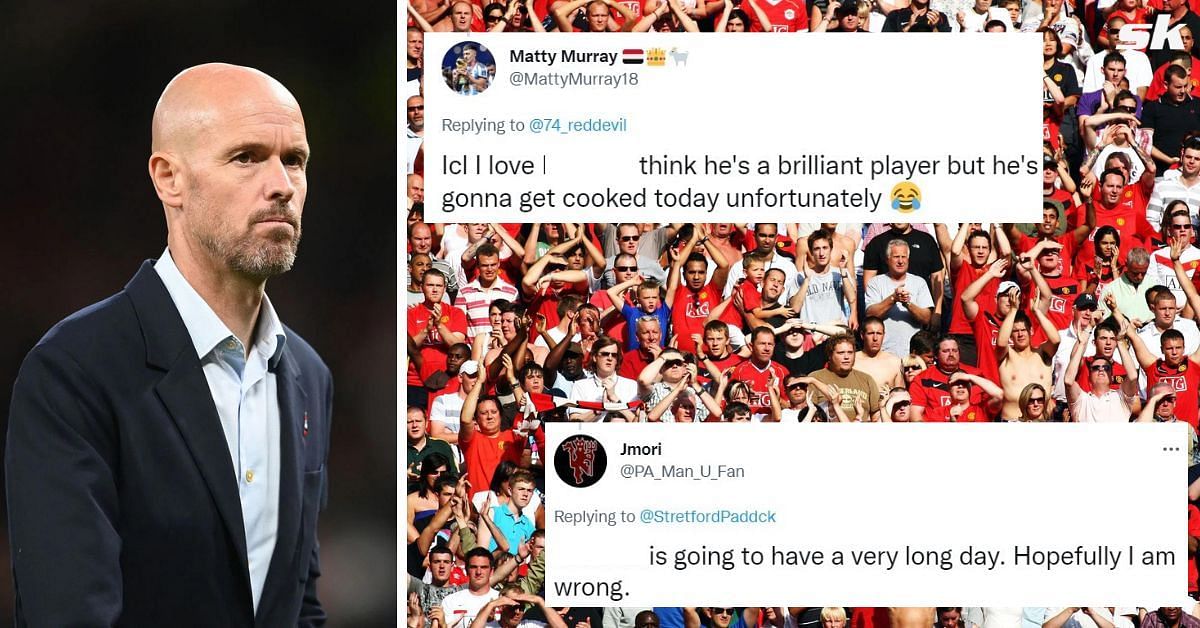 The Dutchman starts in the left-back position as Luke Shaw starts as a centre-back alongside Raphael Varane in front of goalkeeper David de Gea.

Malacia has been tasked with dealing with City’s Riyad Mahrez in the all-important derby at Old Trafford.

Manchester United fans aren’t too sure about Malacia’s presence in the starting lineup. While the young Dutchman has been impressive in attack, he has shown a lack of composure at times in defense this season.

Fans took to Twitter to express their thoughts on the 23-year-old’s name in the starting XI against Manchester City. Here are some of their reactions:

Malacia is going to have a very long day. Hopefully I am wrong.

Still less concerning than Malacia going up against Mahrez though. That could be the side that kills us.

Malacia was prime reason we got cooked last time and ten Haag really start back the man 🤦‍&male;️ https://t.co/lLnJ5rVQwD

Malacia starting is worrying the fuck out of me

Malacia joined Manchester United from Feyenoord last summer for around £13 million. He started his English top-flight career decently but was soon taken over by Luke Shaw in the pecking order under Erik ten Hag.

Malacia has made 20 appearances so far this season across competitions.

The two sides last faced each other in the Premier League in October at the Etihad Stadium. Manchester City demolished the visitors 6-3 as Phil Foden and Erling Haaland both scored hat tricks. Antony and Anthony Martial (2) scored for Manchester United.

However, things have changed now and the Red Devils seem to be a much better outfit under Ten Hag. They have won their previous eight competitive games across all competitions and are the only English team to be competing in four competitions.

Moreover, Manchester City have shown chinks in their armor with three wins out of their previous five Premier League games. They come into the derby on the back of a 2-0 defeat against Southampton in the quarter-finals of the Carabao Cup.

Manchester United are currently fourth in the Premier League table, four points behind second-placed Manchester City. It will certainly be a big boost for them if they can close that gap to just one point with a win on Saturday.

It will certainly be a big test against Pep Guardiola’s side, though, who will look to bounce back from their disappointing defeat against Southampton.