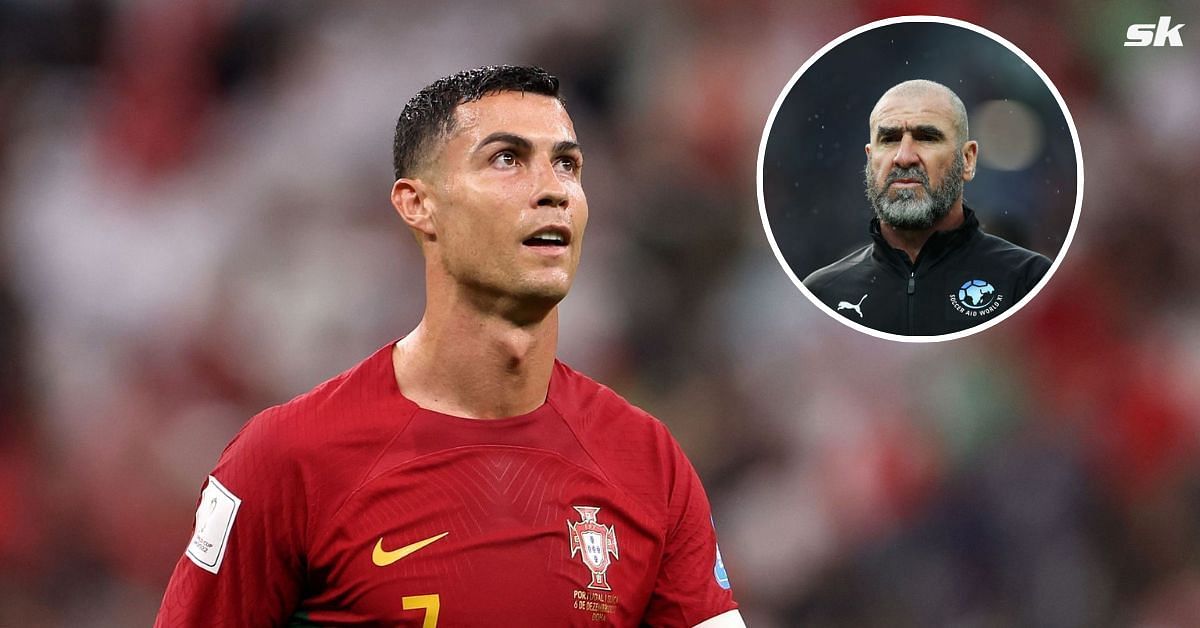 Manchester United legend Eric Cantona believes that Cristiano Ronaldo’s unwillingness to acknowledge the march of time was the root cause of his departure from Old Trafford. The legend also believes Ronaldo is in denial about getting old.

In an interview with Samuel Luckhurst (via Manchester Evening News), Cantona discussed Ronaldo and the events that occurred at Old Trafford in recent times:

“He came back here and United wasn’t the United he left and sometimes he doesn’t realise things changed. So maybe he was surprised so many things changed.”

“I think you have two kinds of players at the end of their career. Me, I decided to retire young, that’s another thing. And then the one who wants to play and play until the age of 40 years old.”

Cantona revealed how Cristiano Ronaldo might have aided the Red Devils by helping young players, noting that the Portugal forward should have accepted his age:

“But their part is to help the young players. Like (Zlatan) Ibrahimovic still does it with Milan, Ryan Giggs or (Paolo) Maldini when he was in Milan. But I think Ronaldo didn’t realise – and he still doesn’t realise – he’s not 25 years old.

“He’s just older and he should have realised that instead of being not happy to play some games, say, ‘okay, I am not 25 years old, I cannot play every game, but I will help the young players and accept that situation and that’s my situation’.”

He continued, comparing ending a career to dying:

Eric Cantona’s retirement from football at the age of 30 came as a shock to many. He had achieved immense success in his five years with Manchester United, winning four league titles and becoming an icon for the club. His decision to retire while still seemingly at the peak of his powers is something rarely seen in professional football, where players often find it hard to give up their lifelong passion.

After returning to the club in 2021 after leaving Juventus, Cristiano Ronaldo scored 24 goals across all competitions in his first season back at Manchester United. However, he fell out of favor with manager Erik ten Hag at the start of this campaign.

This prompted a tell-all interview with Piers Morgan where Cristiano Ronaldo heavily criticized both Ten Hag and the club as a whole. This ultimately led to the termination of his contract by Manchester United, and the Portuguese forward went on to sign for Saudi Arabian side Al-Nassr.