Apex Legends’s new Spellbound Collection Event launched on Tuesday, but its enchanting new cosmetic set isn’t the only new addition to the game. The event’s update also introduced a long-awaited feature: private matches. The new feature allows players to set up their own private games among friends and set up tournaments, something that’s sure to bolster the game’s competitive scene outside of official esports competitions like ALGS.

But the new feature has left some fans confused, especially regarding the 30 players required to start a private match. From LTM compatibility to personalization settings, keep reading for a complete guide to Apex Legends’ new private match feature–including tips on setting up your own tournament.

The private match feature is available on all platforms, though at the time of writing, Respawn has stated that chat capabilities are currently limited on console due to a bug that is being looked into. Aside from this temporary issue, all platforms are created equal in terms of private match access.

There is no limit to the number of games that can be played in a private match, and players may run private matches in both the classic battle royale mode and the 3v3 Arenas mode. At this time, no limited-time modes are accessible, though Respawn has hinted that LTMs may soon join other modes in this way.

When it comes to maps, all of them are up for grabs, with the exception of any maps that are missing from the current season’s map rotation (i.e Kings Canyon is not currently available in battle royale mode, and won’t be until it re-enters the public match map rotation). This goes for Arenas maps as well.

Although standard Apex matches consist of 60 players, you only need a minimum of 30 players to start a private battle royale match. If you don’t happen to have 30 friends on hand, don’t worry too much–for a private Arenas match, you only need six players.

To get started, bring up the game mode menu on the bottom left-hand side of the main lobby screen. Near the top of the menu, you’ll see two tabs that read “public match” and “private match.” By default, the public match tab is selected, so you’ll need to select the private match option.

From there, you’ll be given two options: Create a private match, or join one that’s in progress. To join a match, simply select the latter option and input the match’s Tournament Participant Code (TPC). If you’re starting a private match of your own, you’ll be taken to a screen displaying a list of 20 three-member squads you can assign to users participating in the match.

But first, you’ll need a TPC. Selecting the private match option automatically generates one, but it can be easy to miss. To find your match’s TPC, take a look at the upper right corner of the screen, where you’ll see text that reads, “Join Code” with a text box containing only asterisks next to it. Select “reveal” to obtain your TPC, then send that code to all match participants. (If you’re streaming, you’ll want to select “hide” after generating your TPC to prevent uninvited players from joining the match). Players do not need to have you added as a friend to join a private match–all they need is the match’s TPC.

As players join the match via the TPC, their usernames will appear in a vertical list on the left side of the screen. To assign players to their squads, simply drag and drop each player’s username into one of the empty slots on the list of teams. Once at least 30 players have joined the match and partied up, check to make sure they’ve loaded into the map. If a player has a yellow spinning icon next to their username, they haven’t yet finished loading the map yet, and you’ll want to wait to start the match. Players also have the option to ready up, which will inform the admin they’re loaded in and ready to go. Once everyone is sorted into their teams and readied up, select the “Start Match” button on the left side of the screen (just below the vertical list of participant usernames).

Private Matches have also introduced a new “observer” feature. Observers can spectate without participating in the match itself, similar to the way players spectate when they’ve been killed and are waiting to be respawned. To add a player as an observer, select their name in the user list and choose the “move to observer” option, or simply drag and drop their name from the list of unassigned users to the list of observers.

Though somewhat similar to spectating a match after being killed, the observer role has several features that make it unique. These include the ability to see a player’s silhouette through walls, access to the scoreboard, and most vitally, the ability to freely move the camera. Observers can spectate in third-person with freecam enabled or spectating through the eyes of a player of their choosing

Observers can fill different roles–if you’re not streaming the match but a friend wants to watch, you can add them as an observer. You can also assign an observer to function as a referee of sorts, keeping an eye on gameplay and making sure no one’s breaking any special rules you may have put into place. There can only be five observers per match, so keep this in mind when planning out your tournament.

At the bottom of the squad/observer assignment screen is a list of options including the ability to unassign a player to their role or assign them as observer. But this is also where you’ll find the option to select which data center you want to use for the match.

Customization settings don’t stop there, however. Admins can choose to hold a match in standard battle royale/Arenas mode, or they may select tournament mode, which will apply ALGS rules to the match.

Selecting tournament settings means Heat Shields are removed from the loot pool, the ability to use emotes while airborne is disabled, and there’s no Champion introduction, nor are they pictured on the large banner screens included in every Apex map. Speaking of maps, admins can select which mode and map they wish to play on by selecting the “settings” tab located at the top of the private match creation screen.

This settings menu is full of useful admin tools like the ability to rename teams and allow players to self-assign their squads. In addition to implementing rule changes, admins can also enable or disable “anonymous mode,” which conceals each player’s username. This only applies to players, however–observers will still be able to see each player’s username.

Admins control chat settings as well. They can choose to allow open chat or select the admin-only chat option. (But as previously stated, chat settings are currently bugged on console.) Aim assist settings can also be adjusted by admins to give anyone on console a fairer playing field in any matches utilizing PC and console crossplay.

Lastly, admins can of course give any unruly or unwanted players the boot, removing them from the match.

Admins and players can both access the scoreboard by selecting the “Match Summary” tab, which is located at the top of the private match creation menu between the “Lobby” and “Settings” tabs. At the end of each match, players can access a stats screen showing team placements and kill count, but there’s one post-match staple players won’t be getting after completing a private match: XP.

That’s right–no XP is awarded for any private match. If you were hoping to use this new feature as an XP farm, you’re out of luck–any feats you pull off in a private match will not count towards your stat tracker banner scores or overall user stats, nor will you gain any XP. Disappointing though it may be, we think it’s a pretty fair price to pay in return for the ability to grab all your friends and finally face off in the ring with the devils you know.

Want to host your own local tournament? Go for it. Little brother bragging that he’s a better shot than you? Settle the score once and for all in a private Arenas match. Want to run a brutal melee-only match with no EVO Shields allowed? Knock yourself out (literally). The possibilities are endless–the addition of private matches means that every player now has a chance to play by their own rules and truly know thy enemy.

Apex Legends is free to play on console and PC. A mobile version of the game, Apex Legends Mobile, is available for download on Android and iOS devices. 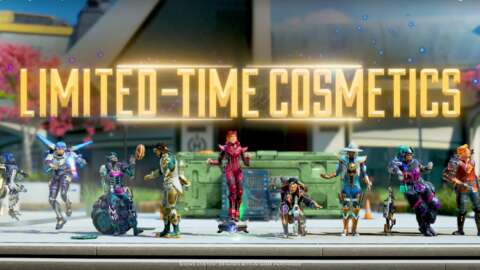 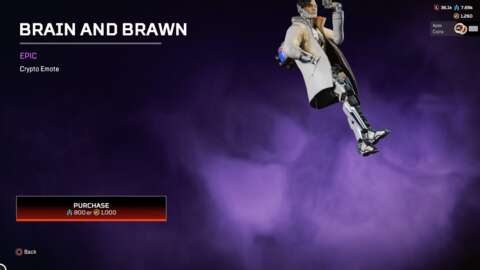 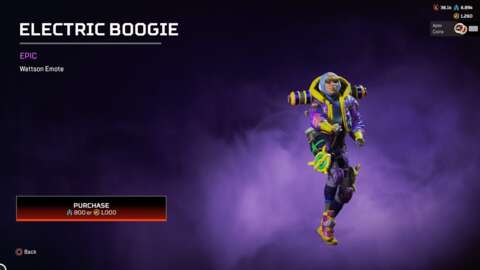 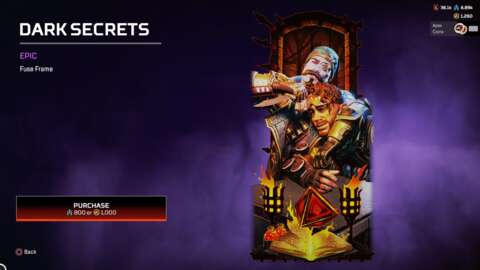