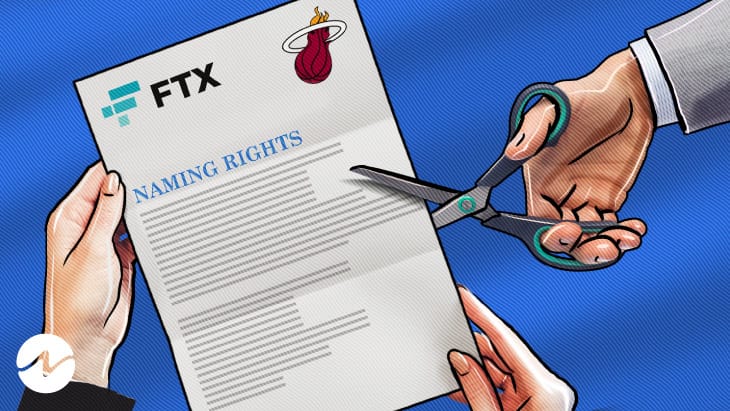 The Miami Heat, one of the NBA’s most successful franchises, has ended its affiliation with the FTX cryptocurrency exchange. The basketball powerhouse’s home arena, once known as FTX Arena, will hereafter be known as something else.

The partnership between Miami-Dade County (where the NBA club is based) and FTX was terminated by a federal bankruptcy court. The court ruled that the Miami Heat may remove the platform’s initials from its arena.

After signing a $135 million deal in March 2021, the basketball team and FTX began their cooperation. The Miami Heat have changed the name of their home arena from American Airlines Arena to FTX Arena in an effort to raise awareness of the trading facility.

However, in November of 2022, the partnership between the two organizations ended (shortly after the trading venue filed for bankruptcy protection). At the time, Miami Heat called FTX’s dissolution “extremely disappointing,” announcing that the two parties would no longer work together in any capacity.

What the arena will be called after its rebranding is a riddle. Last year, there were rumors that adult entertainment business Bang Bros offered $10 million to the Miami Heat in exchange for a naming rights contract.

At first, the Mercedes-AMG Petronas F1 Team stood behind the struggling firm and refused to remove the FTX emblem from its race vehicles. Nonetheless, in November, it followed the lead of the other signatories and cancelled the contract.