Why do F1 cars lock up? Understanding the science behind the smoky phenomenon 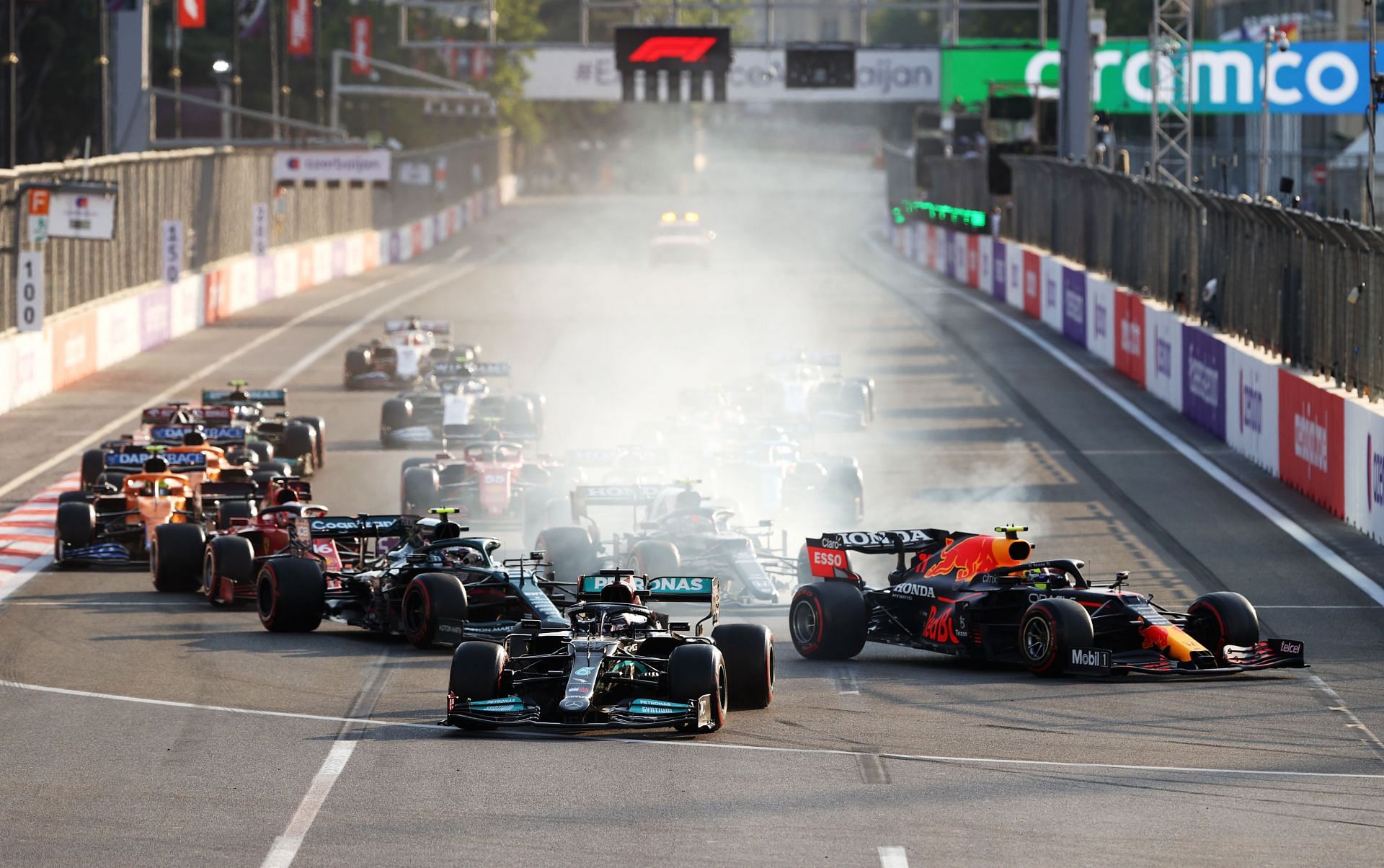 Keen-eyed fans have noticed that F1 cars tend to create smoke when braking incorrectly. This phenomenon is due to the lack of ABS in the sport, meaning the brakes on cars stop their wheels from turning entirely.

Big lock up from Verstappen at the final restart 😵#SingaporeGP #F1 pic.twitter.com/5wgMm1O8Kb

Lock-ups are common in the sport and occur when too much force is applied to the brakes. In this case, the disc of the brakes stops rotating or rotates slower than the car’s motion – causing the entire tire to be dragged along the asphalt surface, resulting in smoke.

Since F1 cars are downforce dependent, they are capable of stopping with ease at higher speeds as compared to lower ones. Further, when a driver hits the brakes, the grip level he experiences constantly changes as the car slows down, making it tricky to gauge when to ‘allow’ the wheel to rotate by easing off the brake pedal.

The sport’s regulations don’t allow for ABS, which is present in most road cars today. ABS stops a car from locking up as it releases the brake disc in small discrete measures numerous times per second, meaning the tire always rotates at the same speed as the car.

Increased freight costs and expensive triple-headers are causing F1 teams to complain about the logistics of the sport. The 2023 season is set to be the longest yet, with 24 races planned for this year.

The worldwide boom in the sport’s popularity means that hotels near circuits are fully booked, in addition to grandstands. While it was possible to stay just about anywhere at a bargain price during the COVID-19 pandemic, prices are now too exorbitant for teams to bear.

“Let’s take England as an example. We pay 25 percent more from one year to the next. It’s getting harder everywhere. Austin is already fully booked for 2023. We tried to book ten additional rooms in our hotel. Not a chance. Everything already blocked.”

Zehnder also claims that while most cities have returned to normal with regards to the pandemic, flight frequencies haven’t yet returned to maximum, causing teams to face severe issues on occasion. He continued:

“For example, we have problems getting people back from Melbourne. Even before the date was announced, all flights were fully booked the day after the race. And if there are still places available, you often have to pay twice as much as before.”

It will be interesting to see if the sport decides to expand its calendar in the coming years.