Why do F1 cars spark? Understanding the fiery display off their backs during races 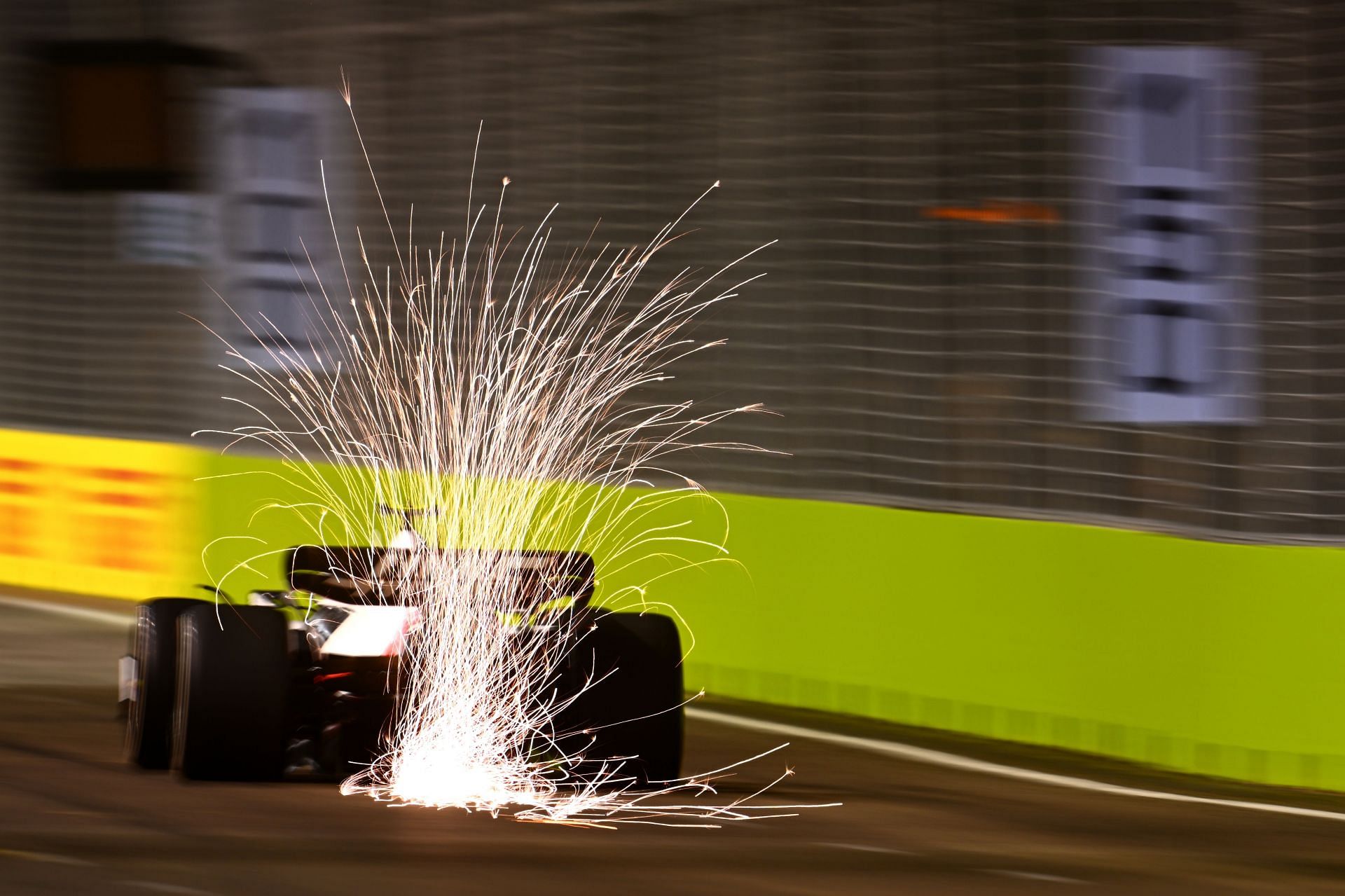 On several race weekends, F1 fans must have noticed massive amounts of sparks flying from behind the car. Of course, this kind of fiery display is loved by many, but not everyone knows the reason behind it.

Every F1 car has a plank installed underneath it. This was introduced by the FIA to reduce the under-body aerodynamics as well as prevent the car from bottoming out. Though fans might expect a lightweight plank underneath these race machines, it is in fact made up of a simple wooden material called Jabroc. It is made up of beechwood, with veneers and resins used on each layer.

The sparks, however, are made from small titanium skid blocks that protrude out of the plank to protect the wood. These skid blocks hit the ground first and create a shower of sparks that fly behind the car.

A perfectly-timed photograph visualizes the flow behind a modern @F1 car through a glowing shower of sparks. This in-situ PIV reveals key flow features like the strong upwash behind the car, trailing vortex pair, and (nearly) lateral expansion at ground level.#F1Tech #F1 pic.twitter.com/GsQH6rharI

People who watch F1 for the first time might think that there is something wrong with the car after seeing the sparks. It is quite the opposite, however, since the sparks are intended to prevent damage to the car. The plank on an F1 car determines the ride height and controls how teams employ “ground effect” aerodynamics. This particular aerodynamic system was first introduced in the 1960s and essentially sucked the car to the ground to gain traction and speed.

The wear and tear of the planks are strictly measured and analyzed by the FIA to govern the teams and prevent them from using too much downforce to gain extra speed.

Ross Brawn, the former managing director of F1’s sporting side, recently shared his thoughts on F1’s rise in popularity under its new owner, Liberty Media. He expressed his delight as the sport continues to grow in several countries, especially the USA. He also dove deep into how Liberty Media’s mindset of focusing on the spectacle rather than profit margins helped the sport.

“I think Liberty have done a great job. I would say this, but they employed me! And while I say that, they recognised that they wanted to improve the sport.”

Ross Brawn says #F1’s boom is down to “product over profit” focus:

“I think Liberty have done a great job. I would say this, but they employed me! And while I say that, they recognised that they wanted to improve the sport. They didn’t just come in and say ‘how can we improve

Apart from Liberty Media and their new approach to popularizing the sport, Netflix’s original show Drive to Survive opened the sport to millions, resulting in exponential growth in the fanbase.