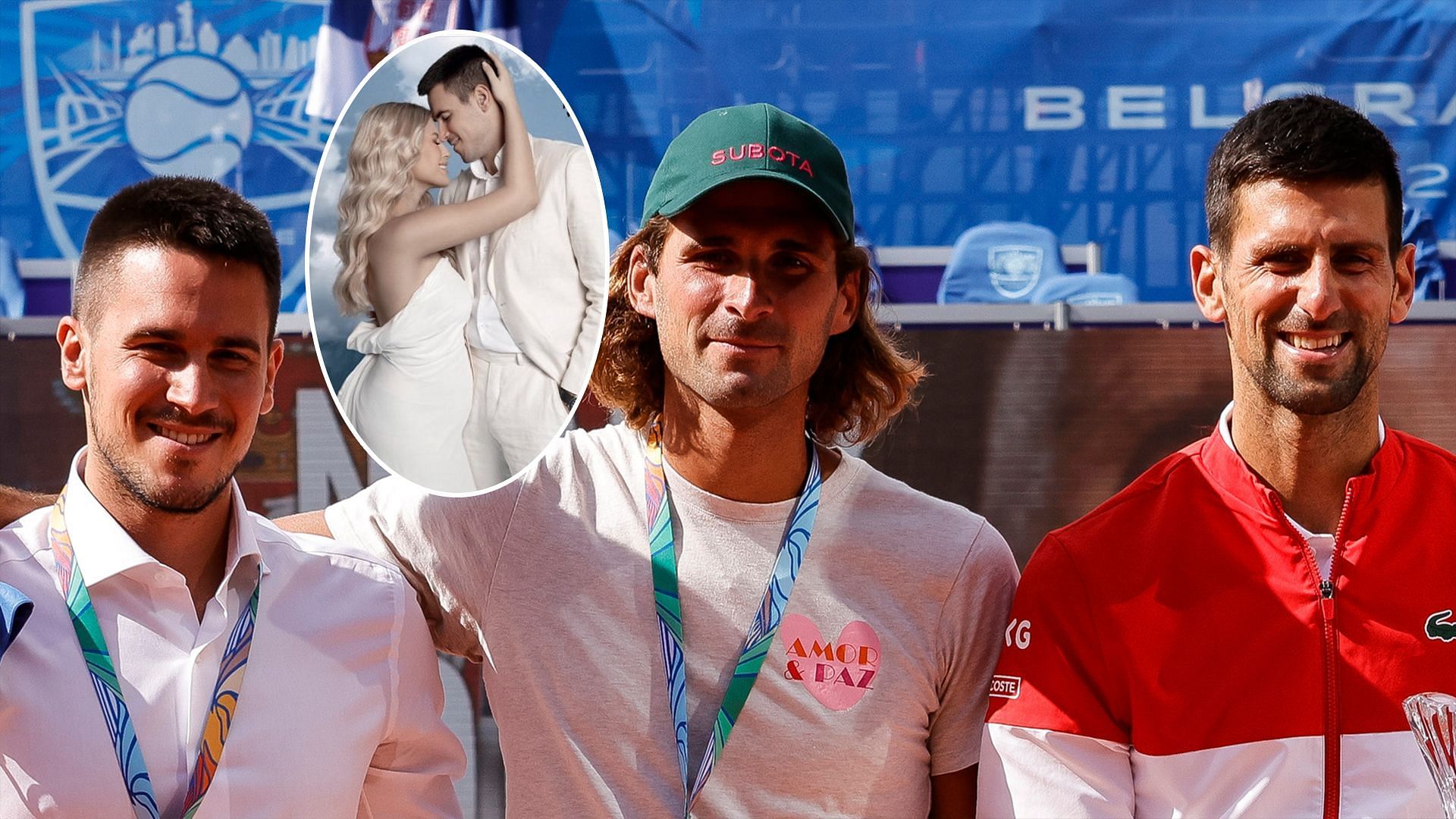 Novak Djokovic’s youngest brother Djordje is set to become a father, with the 27-year-old expecting a baby boy with his wife Saska Veselinov.

Djordje, the tournament director of the Serbia Open, married Saska in a glittering ceremony in a Belgrade church in September, which was attended by his brother Novak.

Saska announced the news on her social media.

“In less than three months, a reinforcement arrives to our family, and from that moment, I get the most important role in my life – I WILL BECOME A MOM,” she wrote on Instagram.

She continued, mentioning that she has been away from the public eye to keep the news a secret.

“I haven’t wanted to talk about this topic for a long time. I have been avoiding public events, even though everything is fine with pregnancy from day one, but happiness really needs to be kept quiet nisam. Now that it has already become obvious, and I can’t hide my belly, I’m glad I can share the happiest news with you this way,” she added.

In other news, Novak Djokovic’s youngest brother, Djordje, is about to become a father 🥰
Wife Saska just posting the news. In less than three months they will be welcoming their baby 🤗

Congratulations to the Djokovic family! pic.twitter.com/XhoocNJ7Nr

Here is a video of Novak Djokovic and his wife Jelena arriving for Djordje and Saska’s wedding in September last year:

Novak Djokovic gave bills to trumpeters in front of the church. After the newlyweds came out, he asked them to play Miroslav Ilic’s songs ‘Luckasta si ti’ and ‘Danas, miko, marnis svoga son’.

The 35-year-old is currently in Melbourne, where he hopes to win his tenth Australian Open title in the next fortnight. 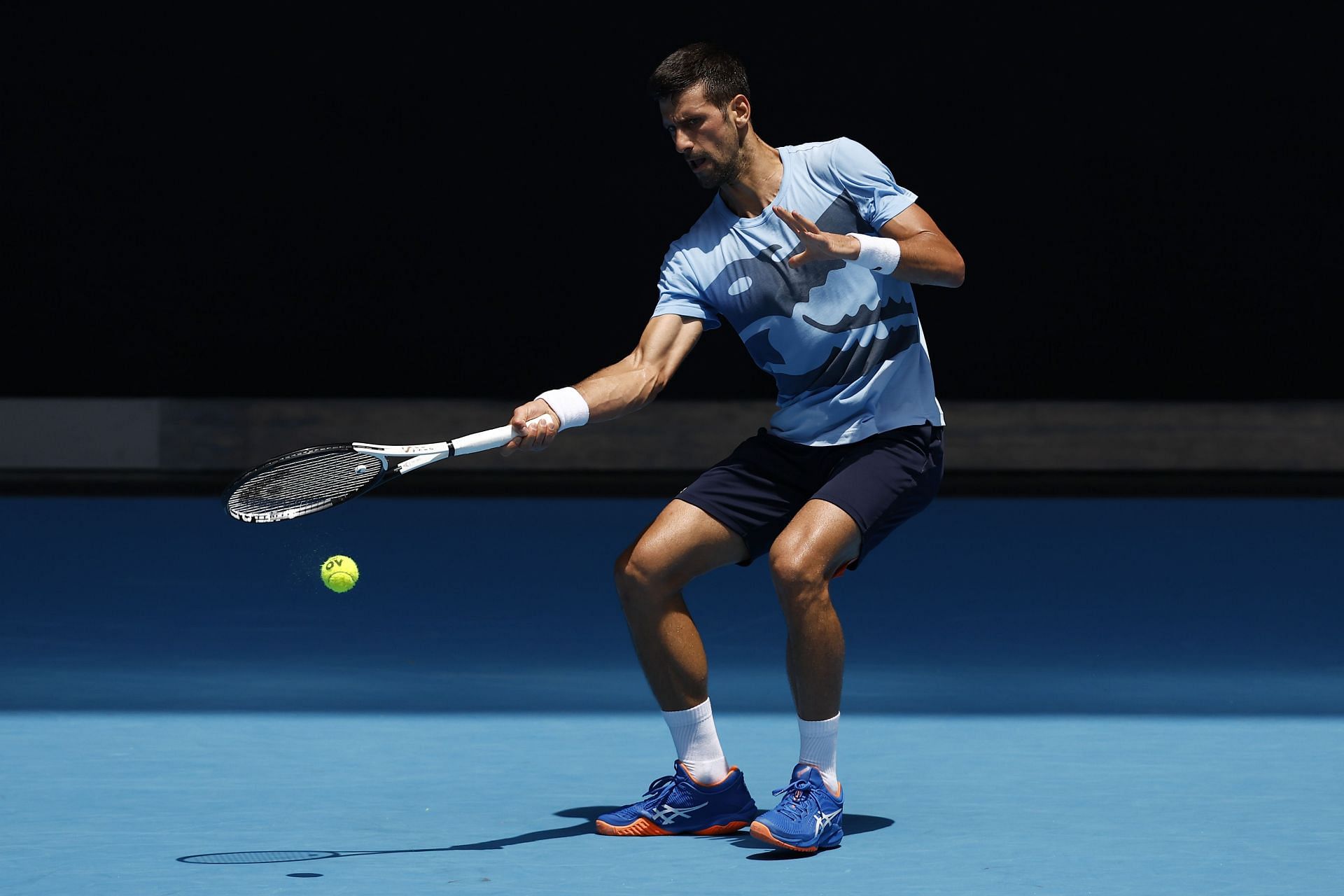 Novak Djokovic is off to a perfect 5-0 start to the year, winning his 92nd career singles title at the Adelaide 1 International last week. However, the Serb hurt his hamstring during his victorious campaign.

Two days ago, Djokovic withdrew from a practice match with Daniil Medvedev at the Rod Laver Arena in Melbourne. That raised doubts about the fourth seed’s participation at the first Grand Slam of the year.

However, the 21-time Grand Slam winner has dispelled those concens by returning to the practice courts on Friday. He seemingly looked okay in practice and had “minimal strapping” on his injured hamstring, as per reporter Nat Yoannidis.

Djokovic opens his campaign for a record-equalling 22nd Grand Slam singles title against Spaniard Roberto Carballes Baena. He could meet Hugo Dellien and 27th seed Grigor Dimitrov in the next two rounds.

Pablo Carreno Busta is a possible fourth-round opponent, while home hope Nick Kyrgios could await Djokovic in the last eight. Third seed Casper Ruud is expected to meet the Serb in the semifinals before a blockbuster final against top seed and defending champion Rafael Nadal.