Australian Open 2022 winners and finalist: Who are they and will they be playing this year? ft. Rafael Nadal, Ashleigh Barty and more 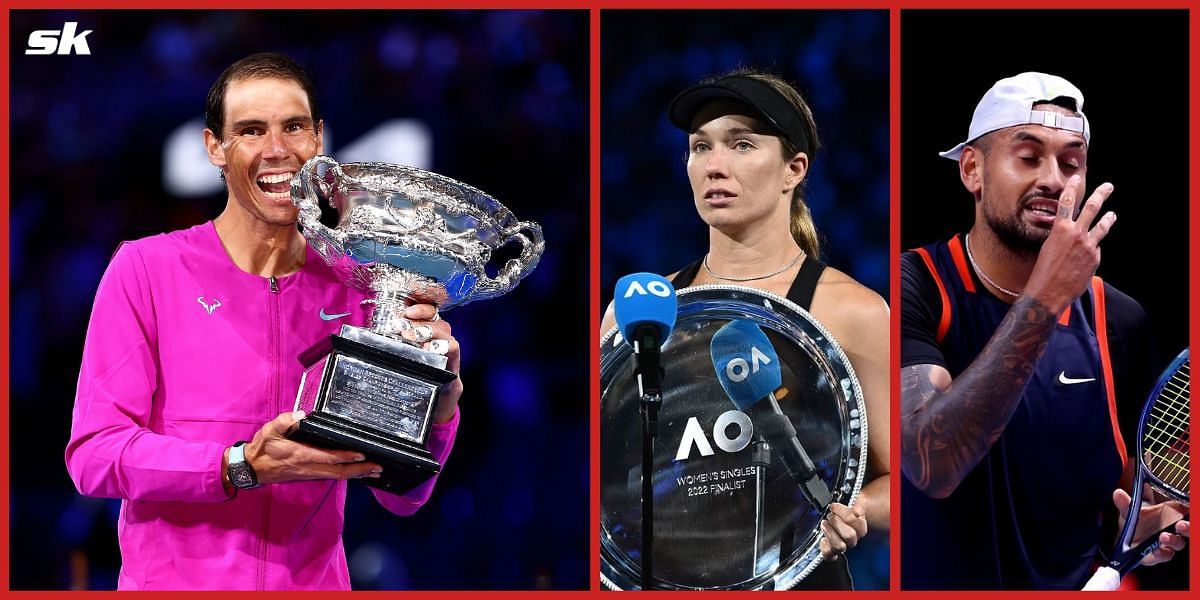 The 2022 edition of the Australian Open delivered some big results for the tennis world. Rafael Nadal broke the Big Three’s 20-Grand Slam deadlock and Ashleigh Barty brought home the title for the Aussie fans.

Twelve months on, top names are once again prepping for the season’s first Slam and that begs the question: where are the top performers from last year? Here, we have rounded up the winners and runners-up from the last edition of the Australian Open and whether they are playing at Melbourne Park this year. 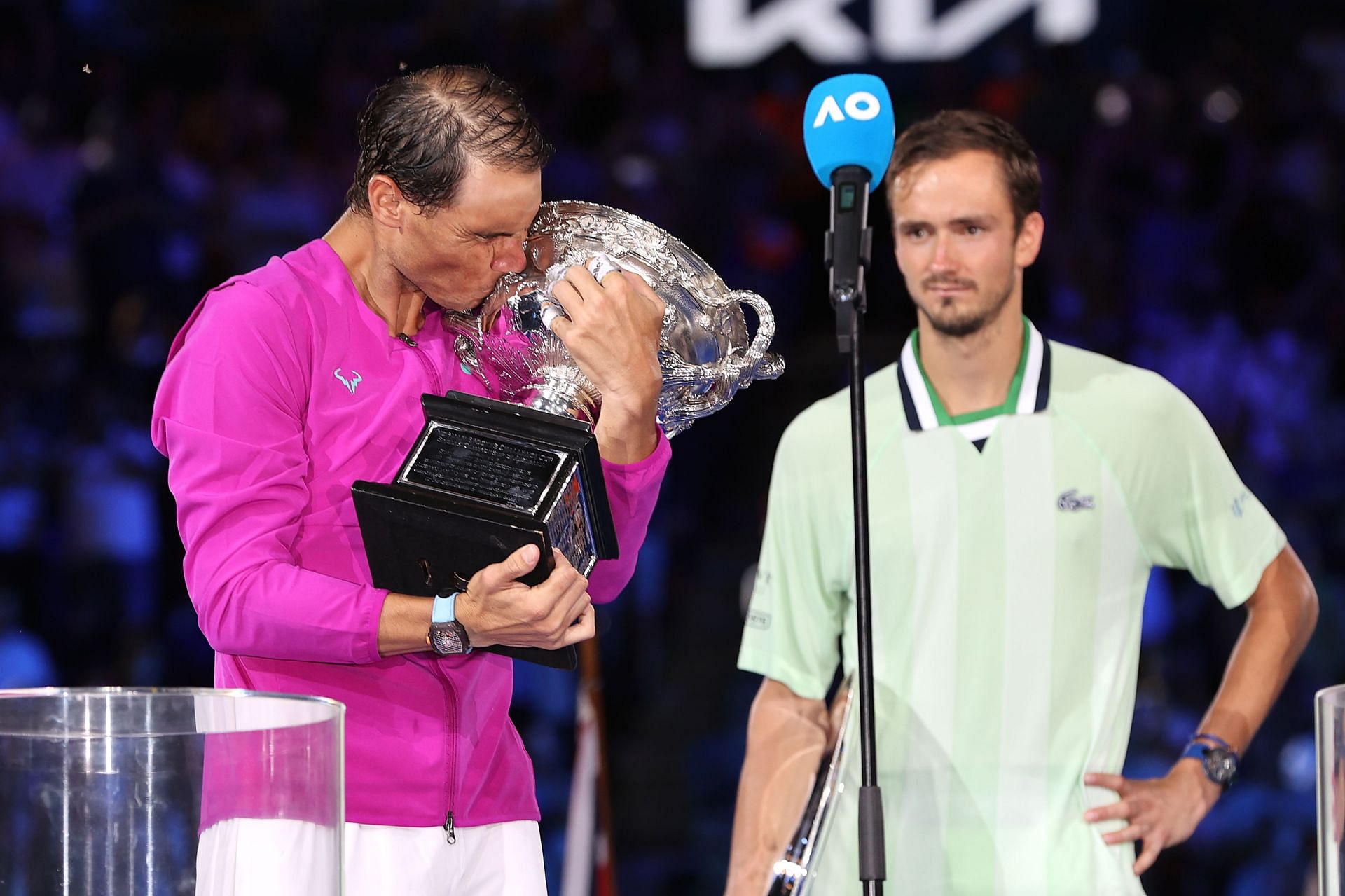 It was just the second Australian Open title for the Spaniard, who had last won the Melbourne Slam back in 2009. With the win, Nadal broke a three-way tie for 20 Grand Slam titles between him, Novak Djokovic, and Roger Federer.

Nadal will return to defend his title at the tournament’s 2023 edition — and as the top seed no less. Daniil Medvedev, meanwhile, will also be back in Melbourne and is seeded seventh this year. 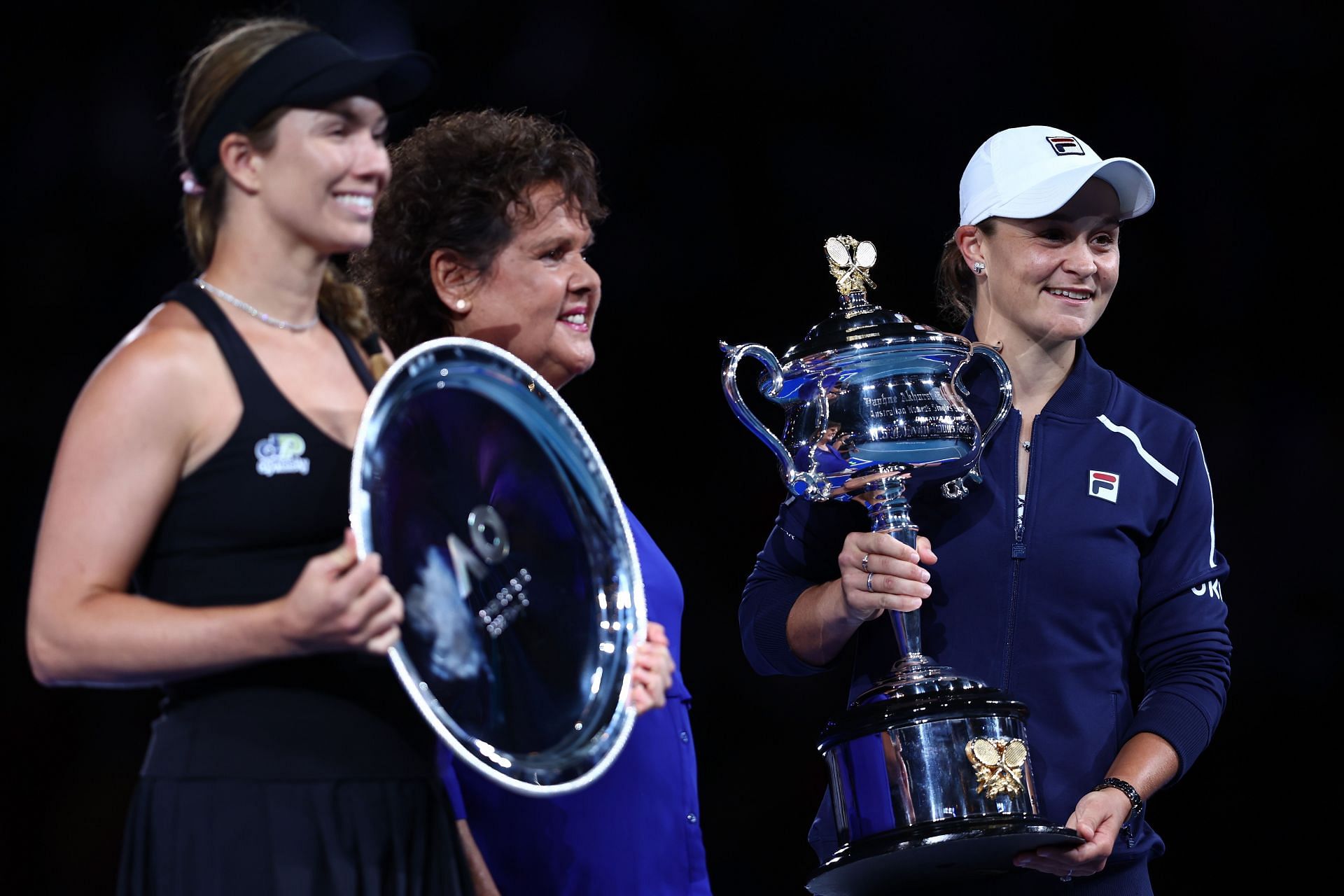 The then World No. 1 Ashleigh Barty ended the Aussie fans’ eternal wait for a home heroine, lifting the Grand Slam title. She fought past the big-hitting American Danielle Collins to lift her third Grand Slam title.

She came into the tournament with a Wimbledon and Roland Garros title in her bag but had plenty of fire in the belly for the big win at home. Barty stunned the field with her powerful serve and verstaline ball-striking.

The Aussie, however, announced her surprise retirement soon after the win and will not be returning to defend her title this year. Collins, meanwhile, features in the draw as the 13th seed. 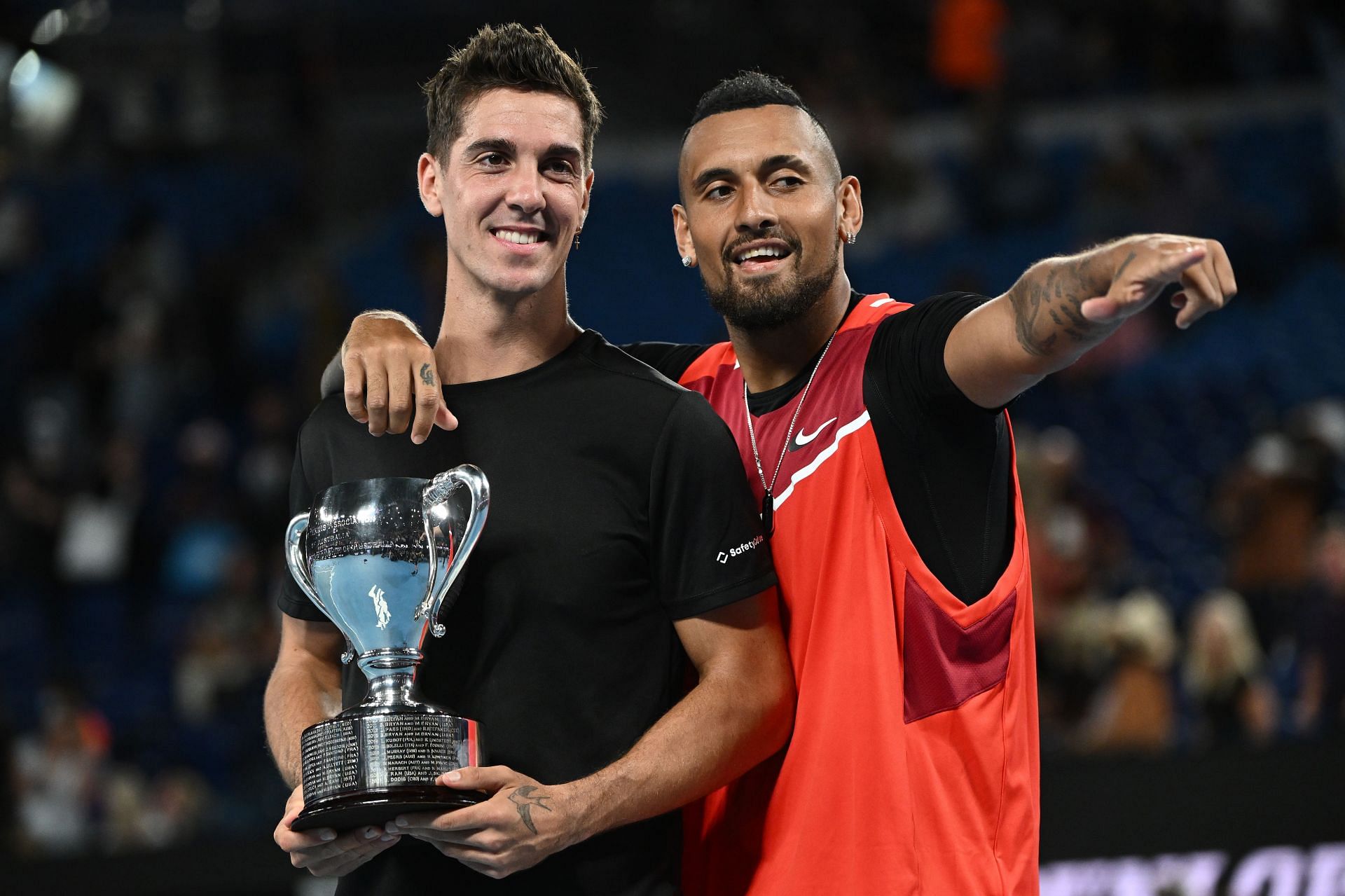 Thanasi Kokkinakis and Nick Kyrgios doubled up the joy for home fans’, lifting the men’s doubles trophy after defeating Matthew Ebden and Max Purcell in the All-Aussie final at last year’s tournament.

The win marked the first Grand Slam doubles title for both Kyrgios and Kokkinakis. They defeated quality opponents in the form of Marcel Granollers/Horacio Zeballos and Tim Putz/Michael Venus on their way to the final.

Kyrgios and Kokkinakis will be back in Melbourne to defend their crown, much to the delight of home fans. Venus and Edben have also entered the draw — albeit with different partners. 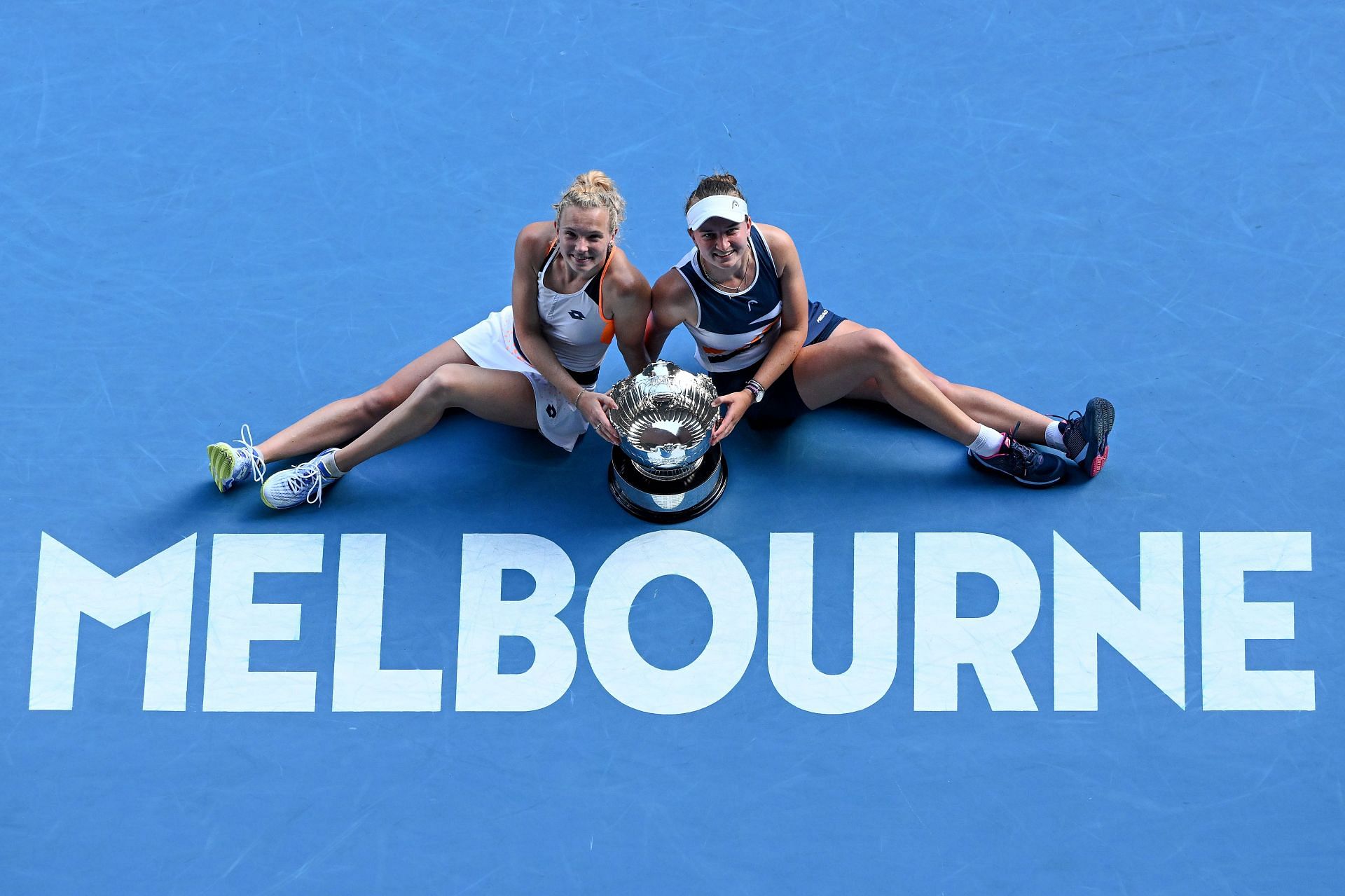 Not only will Krejcikova and Siniakova be back to defend the women’s doubles crown this year, but they will once again be the favorites given their top seed billing.