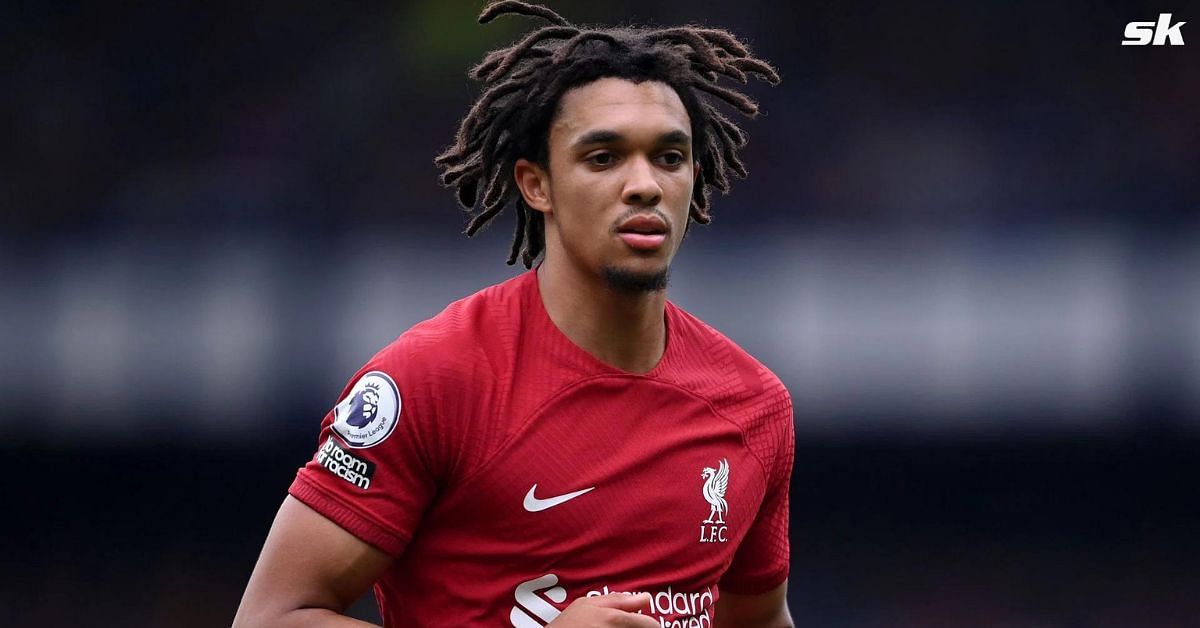 Liverpool right-back Trent Alexander-Arnold has seemingly sent a charm offensive to Borussia Dortmund teenager Jude Bellingham. The English midfielder continues to be linked with a move to Anfield next summer.

Bellingham, 19, has become one of Europe’s most in-demand teenagers after a meteoric rise at Signal Iduna Park. He has featured 22 times across competitions, scoring nine goals and providing three assists.

He impressed at the 2022 FIFA World Cup with England, making five appearances, scoring one goal, and contributing an assist. The former Birmingham City midfielder was part of the Three Lions’ 26-man squad alongside Alexander-Arnold.

The Liverpool defender has given a glowing verdict on his compatriot, saying that he is an exciting all-round midfielder. He told Sky Sports:

“I’ve probably got the same opinion as anyone who has watched him play. He’s someone who is exciting. He’s an incredible talent for such a young age, who helps teams win games and scores and assists goals.”

“He’s an all-round midfielder and I think he’s someone who has got a very, very bright future. He’s level-headed on and off the pitch. The professionalism, everything is there. He is an outstanding player.”

Liverpool are among the teams interested in signing the Dortmund midfielder. Italian journalist Gianluca di Marzio has backed the Reds to sign Bellingham ahead of Real Madrid and Manchester City. He is currently valued at £182.1 million, but Di Marzio reports that Jurgen Klopp will be handed a £200-250 million summer transfer war chest.

Nunez arrived at Anfield from Benfica last summer for an upfront fee of £64.2 million. He joined the club with a reputation of being a prolific goalscorer, netting 48 goals in 85 games at the Estadio da Luz.

However, the Uruguayan striker has struggled in front of goal for Klopp’s side. He has managed 10 goals in 23 appearances, but he has missed plenty of glaring opportunities regularly.

Despite this, Alexander-Arnold is backing the Reds frontman to come good. He praised the movement and positioning of the striker. He told Sky Sports:

“He’s a player who I think it’s easy to just write him off, it’s easy to say he’s not scoring goals. But he’s getting himself into areas and places where he’s able to hurt the opposition and that’s all you can really ask.”

Alexander-Arnold continued by explaining that the club have faith in Nunez finding the net on a more consistent basis:

“We have faith that the goals will start coming. No-one here is thinking about that. We are all behind him and we are all supporting him. It’s always good to see him on the scoresheet, but as long as the team wins, that’s all anyone cares about.”

Darwin Nunez’s start has been better than you think 👀 pic.twitter.com/hcTGbPAHSd

Liverpool will next face Brighton & Hove Albion at the Amex Stadium. Nunez, Alexander-Arnold, and Co will hope to bounce back from their side’s disappointing 3-1 defeat to Brentford last time out in the league.