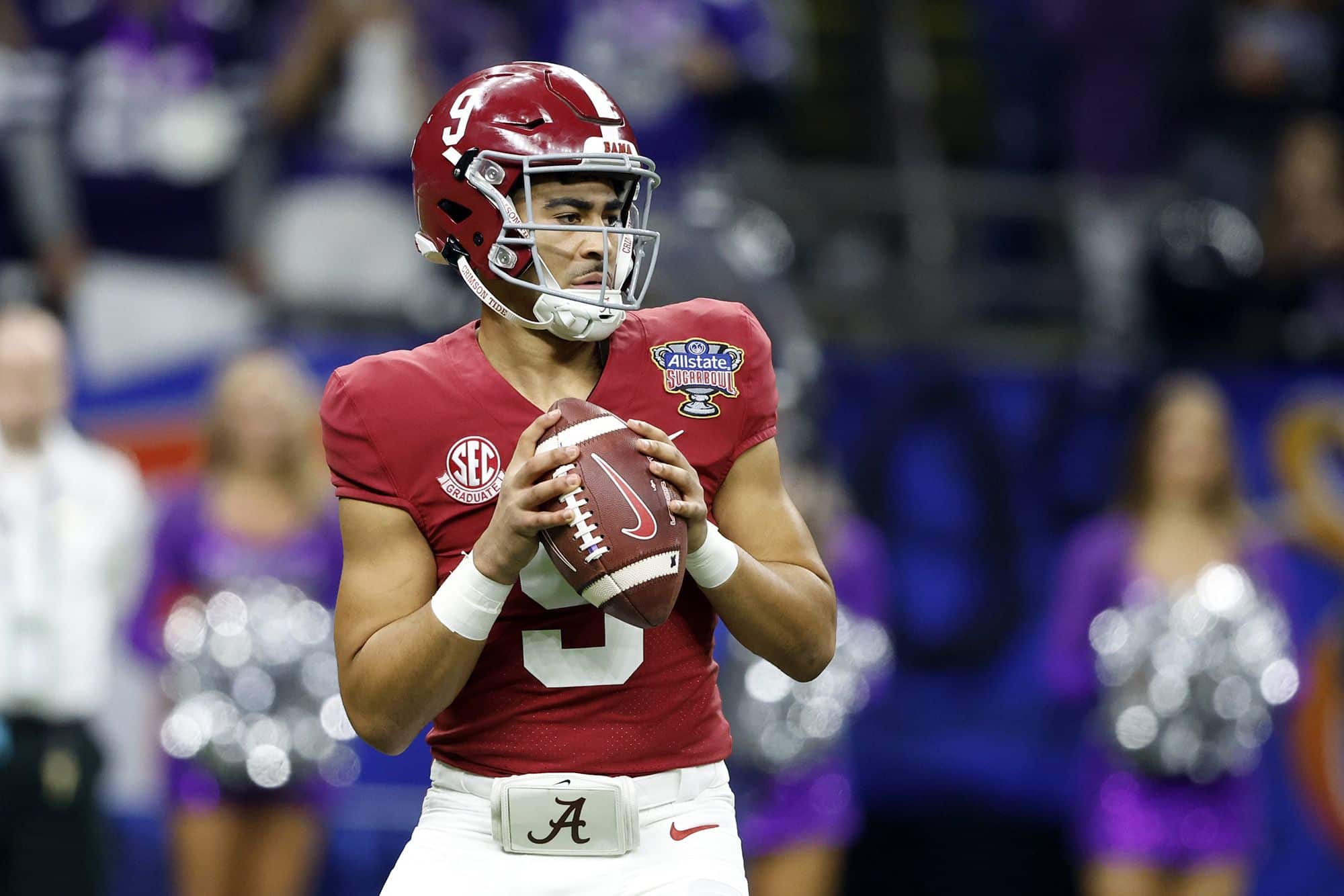 He He had a great college career for Alabama, highlighted by his winning the Heisman. Now, Young is headed to the 2023 NFL Draft.

Young was rated five stars out of California as a high school recruit and chose to play for Alabama. In his freshman season, Young received limited playing time behind Mac Jones. He stepped into a starting role as a sophomore in 2021 and won the Heisman Trophy. Young passed for 4,872 yards, 47 touchdowns and seven interceptions on 66.9 percent completion. Alabama made the College Football Playoff that season and lost to Georgia in the National Championship. He returned in 2022, passing for 3,328 yards, 32 touchdowns and five interceptions on 64.5 percent completion. Alabama won 11 games including the Sugar Bowl over Kansas State.

After opting to play in the bowl game, Young declared for the 2023 NFL Draft. He is currently projected to be a top-10 pick.

Young has solid arm talent for a quarterback prospect. He can get some zip on his passes, which lets him complete passes to all levels of the field. Young can get throws in between tight windows, a useful strength for the NFL level. Young can throw deep, but also make tough throws to the sideline.

His accuracy is also solid in the short and intermediate areas of the field. Not only can he hit his receivers, but he gives them passes that are easy for them to catch and run afterward. His ability to hit quick passes helps his team move the chains and keep drives alive. He has the ability to hit deep passes too, but not nearly as well as his short and intermediate passes.

Teams will like Young’s ability to make plays out of structure. Young can evade pressure and then either run or throw. His ability to keep his eyes downfield even when he is out of the pocket helps create big plays. He is a solid athlete when he decides to run and can pick up yardage when things break down. If things aren’t going perfectly with protection, Young still has a chance to make something out of nothing.

The first thing that NFL evaluators will notice is his size and lack of strength. He is undersized at 6-foot and 194 pounds. That was his listed size, but it looks like Young will come in even smaller than that. There will be questions to whether Young can hold up at the next level and he even missed time in 2022 with a shoulder injury. His lack of strength doesn’t always allow him to shed tackles of pass rushers.

There are times when Young leaves the pocket too early. He feels the pressure well, but he could stand in and make throws in the pocket rather than scrambling. At other times he stays in the pocket and tries to make throws against pressure, but is prone to misfires when that happens. Figuring out when to stay in and when to leave the pocket will be important for Young.

Young is capable of completing passes downfield, but he could work on that area of his game to complete a higher number of throws to the deep part of the field. Letting it rip and hitting players in stride is possible for Young.

Make sure to check out our NFL Draft page for more content like Bryce Young 2023 NFL Draft Profile!