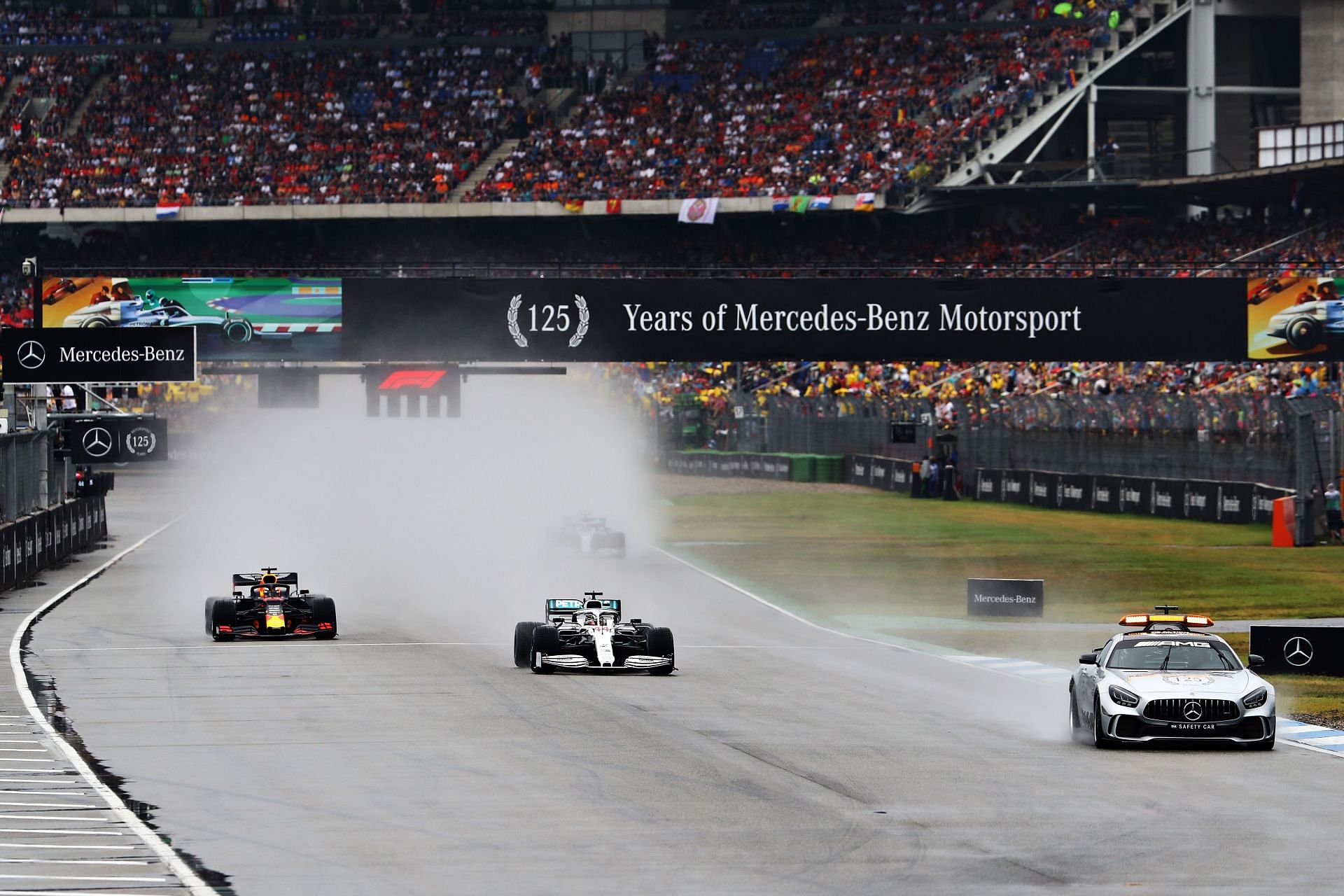 For the first time in a while, Lewis Hamilton did not find himself ranking favorably in the list of laps led during the season, so much so that even the safety car driver Bernd Maylander led more laps than him. The 2022 F1 season was not one of the seasons that Lewis Hamilton would want to look back at with fondness.

In the list of drivers that led the most laps, Lewis Hamilton found himself in P6 behind every driver in the top three teams. To make things worse, the Mercedes driver led even lesser laps than Bernd Maylander, the safety car driver. Arguably a bigger reason behind this was a rather more cautious approach by the F1 race directors this season.

The stewards were arguably even more inclined to penalize drivers this season as we had 52 penalties last season as compared to just 35 in 2021. There was a marked shift towards a more conservative approach this season as stewards did appear to be too trigger-happy to bring out the safety cars.

The race starts in Singapore and Monaco too were delayed for the same reason as the race director did not feel confident enough to race in those conditions.

Lewis Hamilton did not have the best season in 2022

Lewis Hamilton would not be too happy with how the 2022 F1 season panned out. The Mercedes driver finished the season P6 in the championship, the worst of his career. Not only that, he was also outscored by teammate George Russell in his first season with Mercedes.

To make matters worse, Hamilton’s 15-year run of winning at least one race and securing a pole position was halted as well. While Russell managed to secure a pole position for Mercedes in Hungary and win the race in Brazil, Lewis was unable to do so and hence would not be looking back at the 2022 F1 season as fondly as he would have looked at the other seasons of the turbo-hybrid era that began in 2014.