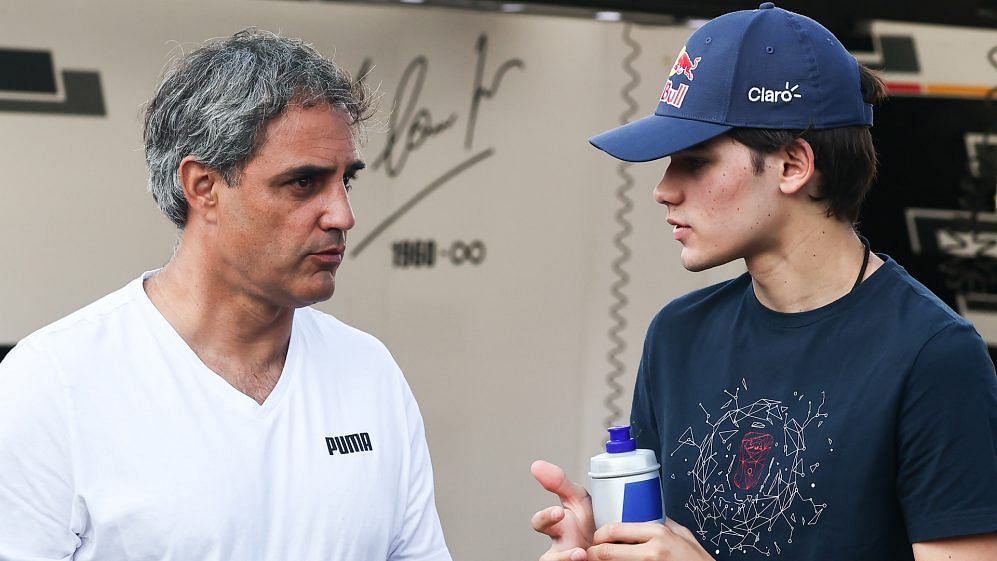 The young Montoya, who has been climbing the ranks of karting, made his single-seater racing debut in 2020, competing in both the ADAC Formula 4 and Italian Formula 4 championships with Prema Racing.

In 2021, Sebastian continued to compete in both categories and achieved impressive results, placing fourth overall in Italian F4 and ninth in ADAC F4, earning his first podiums in the process.

The following year, the 17-year-old expanded his racing experience by competing in the Asian and European Formula Regional categories, and selected LMP2 outings in the IMSA SportsCar Championship alongside his father Juan Pablo, and a points-scoring appearance in FIA F3.

Sebastian has been a part of the Red Bull family for some time, and the brand has now decided to take him under their wing by offering him a spot on their Junior Team. The young racer took to social media to express his excitement, writing:

“Excited to announce I am now part of Red Bull’s Official Junior Team. This past year, I became part of the brand’s athletes and now we will work together for the ultimate goal: F1.”

The Montoya name is well known in the world of motorsports, and Sebastian is determined to make a name for himself in the sport just like his father Juan Pablo Montoya did before him. With the backing of Red Bull Racing, the young Montoya is well on his way to achieving his ultimate goal of competing in Formula 1.

Juan Pablo Montoya competed in Formula 1 for six years from 2001 to 2006, representing both Williams and McLaren. He achieved seven victories, and 30 podium finishes, and his best finish in the drivers’ standings was third.

Juan Pablo Montoya, along with Fernando Alonso, is one of only two active drivers who have won two legs of the Triple Crown of Motorsport, winning the 2003 Monaco GP and the 2000 and 2015 Indianapolis 500.

F1 has seen many father-son duos over the years, and in 2022, there were three examples: Mick Schumacher (son of Michael), Max Verstappen (son of Jos), and Kevin Magnussen (son of Jan).

With Sebastian joining Red Bull’s Junior Team, it’s clear that he’s well on his way to following in his father’s footsteps and making a name for himself in Formula 1.