Who is Toto Wolff’s wife? All about the Mercedes team principal’s racer partner 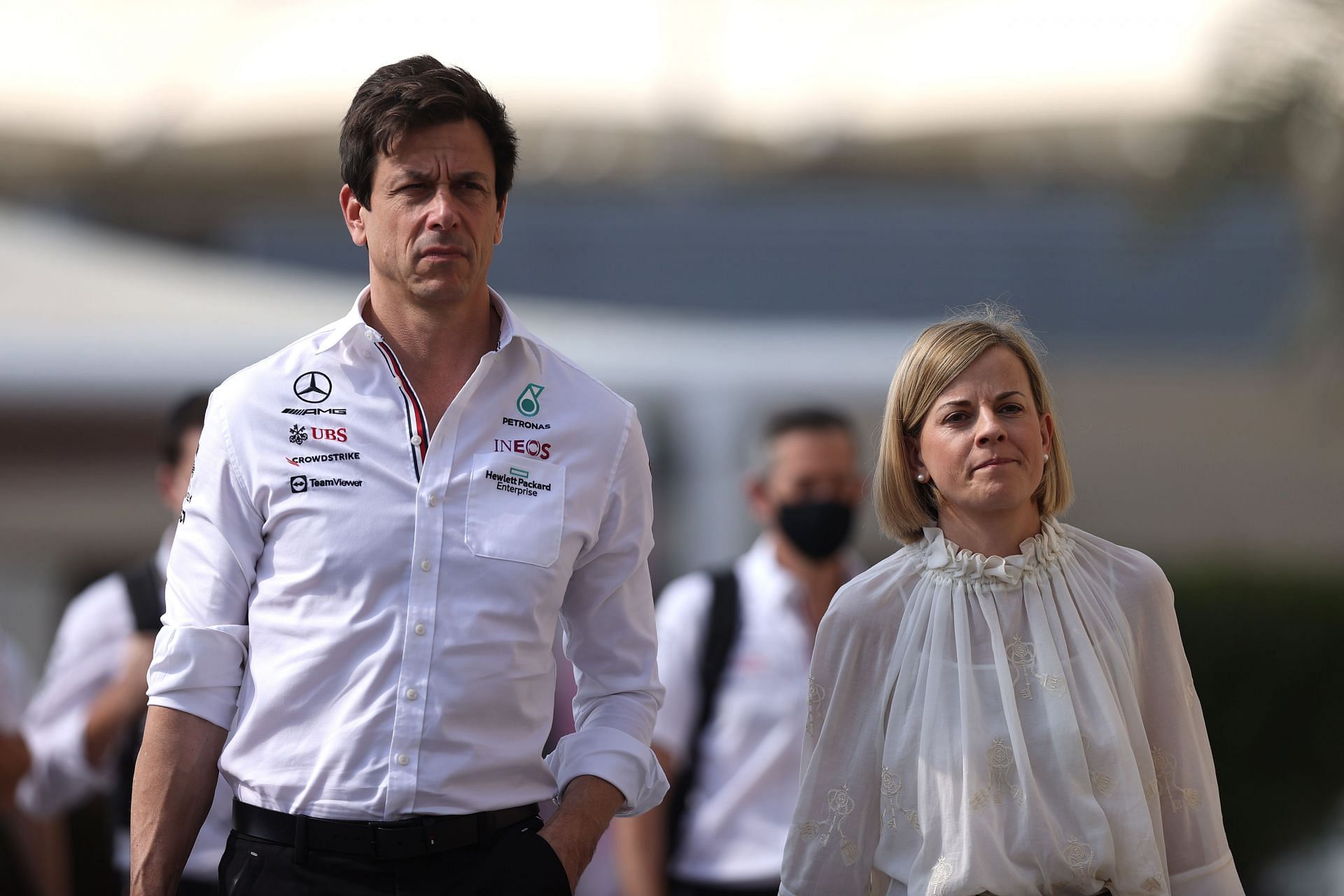 Toto Wolff is frequently seen with his wife, Susie Wolff, on the F1 paddock. Though most F1 fans are focused on the Mercedes team boss during race weekends, his wife is equally important in the racing community. From being a racing driver to managing a Formula E team, Susie Wolff is also heavily involved in racing.

Suzanne ‘Susie’ Wolff was born in Oban, Scotland. At the early age of eight, she started karting, and in 1996, she was named the British Woman Kart Racing Driver of the year. She kept competing in different karting series and went on to race in the British Formula A series in 2000.

Susie Wolff also raced in Formula Renault, Formula 3, and even DTM from 2001 to 2012. In 2006, Susie met Toto Wolff at a racetrack. The duo gradually became close and got married in 2011. Since then, Susie and Toto Wolff have been inseparable and have been seen together on most race weekends. Though she didn’t win any races or championships in Formula Renault, Formula 3, and DTM, she consistently progressed through the racing world.

In April 2012, Susie was signed by the Williams F1 team as a development driver. In 2014, she also drove in two free practice sessions at the British and German GPs, becoming the first woman to participate in an F1 race weekend since 1992. In 2015, Susie retired from racing in all motorsports.

.@Susie_Wolff in her @WilliamsRacing car ready to hit the track – 40 years after Lella Lombardi finished 6th in Spain pic.twitter.com/zKpX70PCWC

In 2016, Susie joined Mercedes as one of their ambassadors. This was a great move for her since Toto Wolff was also in the company as a team principal for their F1 team. In 2018, she went on to become a team principal at Venturi Racing in Formula E. The team did quite well under her, winning their first race at the 2019 Hong Kong ePrix, and consistently improving their constructors’ position. Finally, in August 2022, she announced that she would be leaving Venturi Racing.

Toto Wolff shared how he felt a lot of pressure during the 2022 F1 season as Mercedes struggled with porpoising and other performance issues. He, however, also pointed out how times like those made him learn a lot about his strengths and weaknesses. Speaking on the Beyond the Grid podcast, he said:

“I think we had our moments. When I look back, [where] there was a certain degree of pressure, maybe too much that I put on the organisation at times. But it made me learn, learn about the strengths and the weaknesses of the organisation. At the end, it comes back to the sentence, ‘the days we lose are the days our competitors will regret’, because [that’s when] we learn the most and, hopefully, the future will be proof of that.”

Toto Wolff admitted that last season taught him a lot as Mercedes failed to deliver. He is confident that the future is bright and that the team will fight hard to claw their way back to the top.

“Ruining clubs wherever he goes”, “Only plays for himself” – Fans brutally mock Cristiano Ronaldo after poor start with Al-Nassr