Who is Christian Horner’s wife? All about the Red Bull boss’ ‘Ginger Spice’ partner 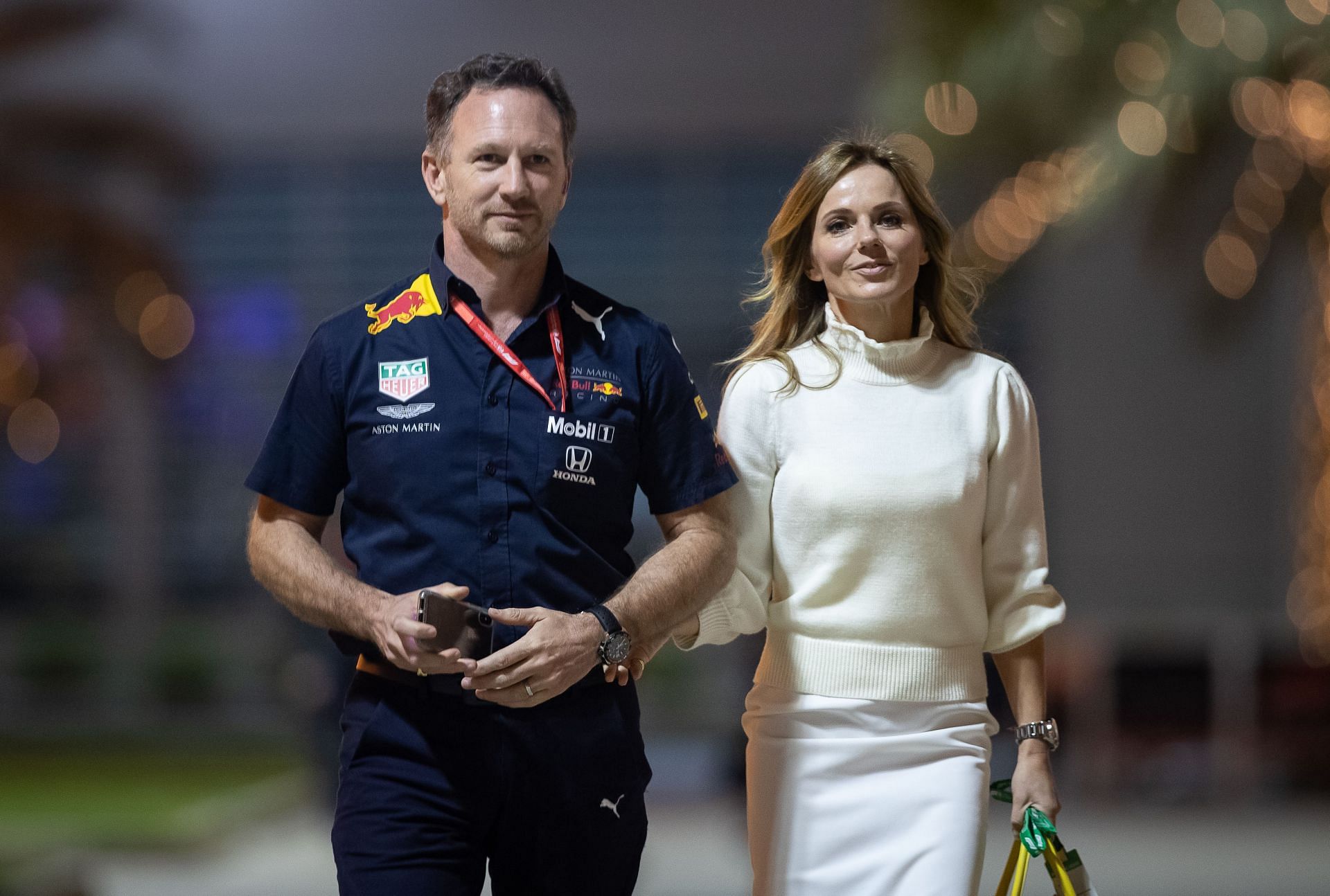 Christian Horner might be one of the most important people on an F1 paddock, but his wife, Geri Horner, is also quite famous in pop culture. Almost every F1 enthusiast knows the Red Bull team principal, but not everyone knows his wife.

Geraldine “Geri” Estelle Halliwell was born in 1972 in Watford, Hertfordshire, England. She grew up in North Watford and went to two different schools. After working as a nightclub dancer, presenter, and glamor model, Geri’s popularity boomed after she and four other girls formed a pop group called “Spice Girls” in 1994. The group became exponentially famous in the late 90s and Geri came to be known as the ‘Ginger Spice’.

Unfortunately, due to some differences in the group, Geri left the Spice Girls in 1998 and started working as a solo songwriter and singer.

Here’s a story from A to Z… 🎶&NoBreak;
&NoBreak;#OnThisDay in 1996, the Spice Girls released their debut single Wannabe in the UK, which spent 7 weeks at No. 1!
&NoBreak;&NoBreak;
📸The Spice Girls (Geri Halliwell; Mel C; Emma Bunton; Mel B; Victoria Beckham) by @harrybordenuk, Oct 1996 © Harry Borden&NoBreak; pic.twitter.com/zg7ugBeyDt

She released several albums and singles from 1996 to 2006 that were featured on the Billboard charts. Some of them were even nominated for awards. After 2006, she expressed her desire to write books for children and motherhood and stop recording more albums.

In 2007, however, the Spice Girls regrouped and did a reunion tour, on which each performer earned around £10 million. After the reunion tour and releasing a new album consisting of the Spice Girls’ top hits, Geri once again started working on her fourth album in 2011.

From that point onwards, Geri kept working on her music and performed with the Spice Girls on several reunion tours and events. In early 2014, Christian Horner met Geri after she broke up with a screenwriter named Sacha Gervasi. Soon after their first interaction, Christian Horner started dating Geri and announced their engagement later that year.

In 2020, Geri wrote, directed, and produced a YouTube series called “Rainbow Woman”. Most recently, she was added to the cast of the Gran Turismo film, which will be released sometime in 2023.

Christian Horner on how to improve Sprint races in F1

Christian Horner, Red Bull’s team principal, recently spoke about how F1 can improve the sprint race concept. Even after two years of sprint race weekends, teams and drivers are still uneasy about the weekend format. Hence, Horner came up with the solution of having two separate qualifying sessions for the sprint and the main race. He said:

“There’s many positive things about Sprint races, but I think we can still improve the concept. The concept of having an independent qualifying for Sprint and then another qualifying for the Grand Prix has absolute merit in it, because you don’t lose your entire weekend if the Sprint race doesn’t go well for you, and it’ll take away the need to be conservative.”

Horner suggested having two qualifying sessions so that the first session doesn’t feel useless if a team is unable to perform in the sprint race.