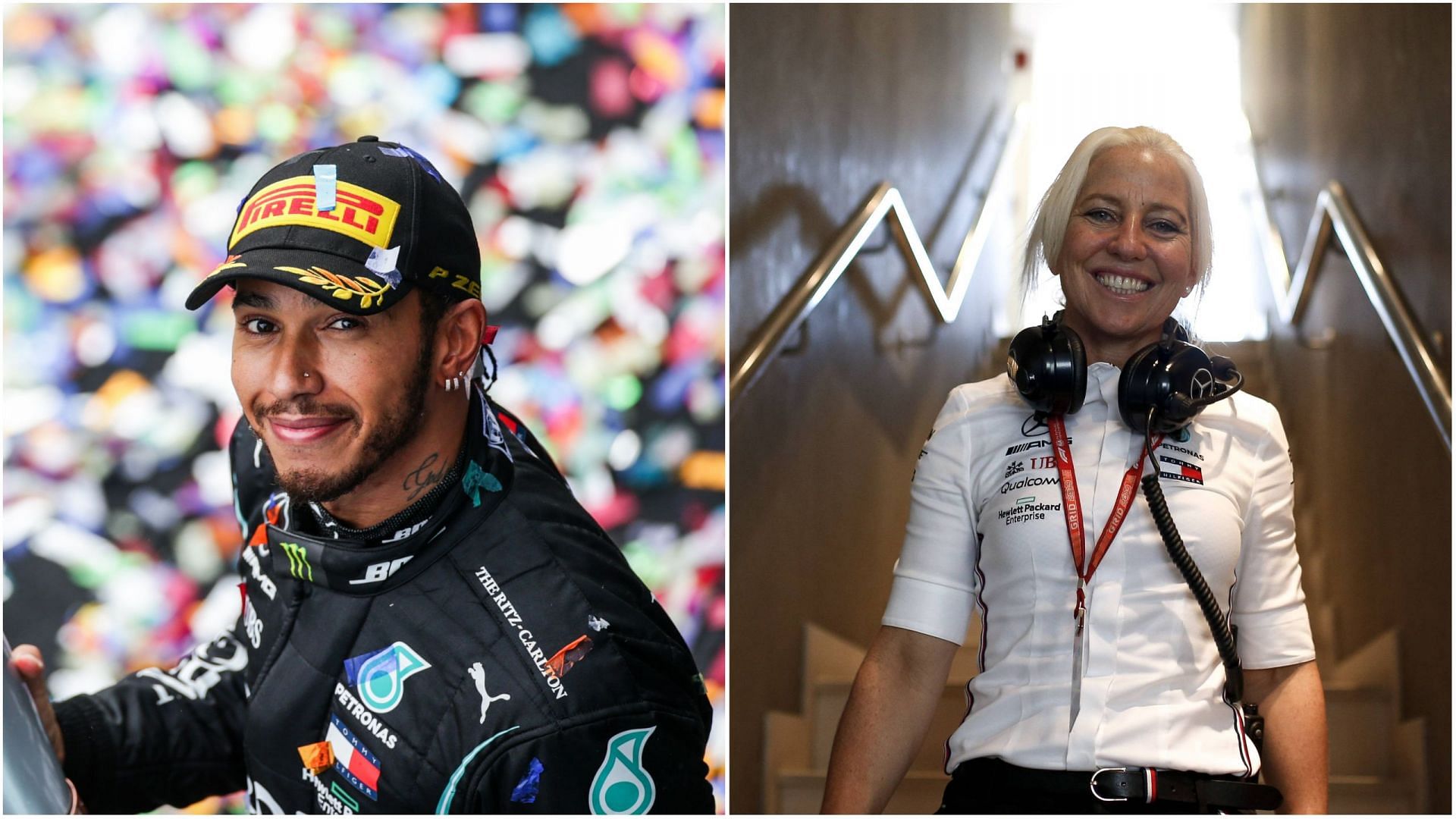 Lewis Hamilton is one of the most famous and successful F1 drivers in the history of the sport. Anyone who has seen him prepare himself for the race must have noticed a blonde woman helping him with whatever he needs. She has been seen with Hamilton every single race weekend. Her name is Angela Cullen, and she is Lewis Hamilton’s closest colleague in F1.

Cullen is a New Zealander physiotherapist and former field hockey player. Since 2015, she has been working with Hintsa Performance and is connected to the Mercedes F1 team. After Hamilton’s former physiotherapist and mentor, Aki Hintsa, passed away in 2016, Cullen took on the role and also became the Briton’s assistant, chauffeur, and confidante.

lewis hamilton and angela cullen are the best duo in formula 1. 💗 pic.twitter.com/HaIvZTvElA

Ever since then, Angela Cullen has become a sidekick of sorts to Lewis Hamilton. In several instances, the driver has praised Cullen for being a rock and always supporting him during race weekends. According to silverarrows.net, Hamilton once said:

“People for sure won’t understand it, naturally, because they see it from a distance, but she has been one of the greatest things that’s happened to me in my life.”

“I’ve been fortunate to work with a lot of people… and she’s the single hardest-working woman that I get to be around. She’s focused, selfless, and she makes my weekends peaceful. Every day I wake up, whatever time it is, she’s just positive – never a single day has she been negative, so that’s very, very important.”

Lewis Hamilton openly admits that Angela Cullen is one of the reasons why he has been so consistent in his performances throughout his career. Apart from being a physio, Cullen has become one of the seven-time world champion’s closest friends.

Former F1 driver Ralf Schumacher recently spoke about how Lewis Hamilton needs to work much harder than Max Verstappen if he wants to fight for wins and championships.

“Max and Lewis are still the most complete drivers in the field. However, as I said: Lewis already had a hard fight with George within the team. Max with Pérez only briefly at the beginning of the season. One thing is certain: Max is close to his zenith and will be able to keep it up for a long time due to his age. Lewis has to do more to be at the limit, fight more for it.”

Now that Hamilton is 38 years old, Schumacher feels that it will be much harder for him to perform. Moreover, Mercedes will gradually look towards George Russell and start favoring him since he is the future of the team. However, the Silver Arrows’ team principal Toto Wolff has expressed how the team is fully behind the seven-time world champion and believes that he can win yet another world title before retiring.