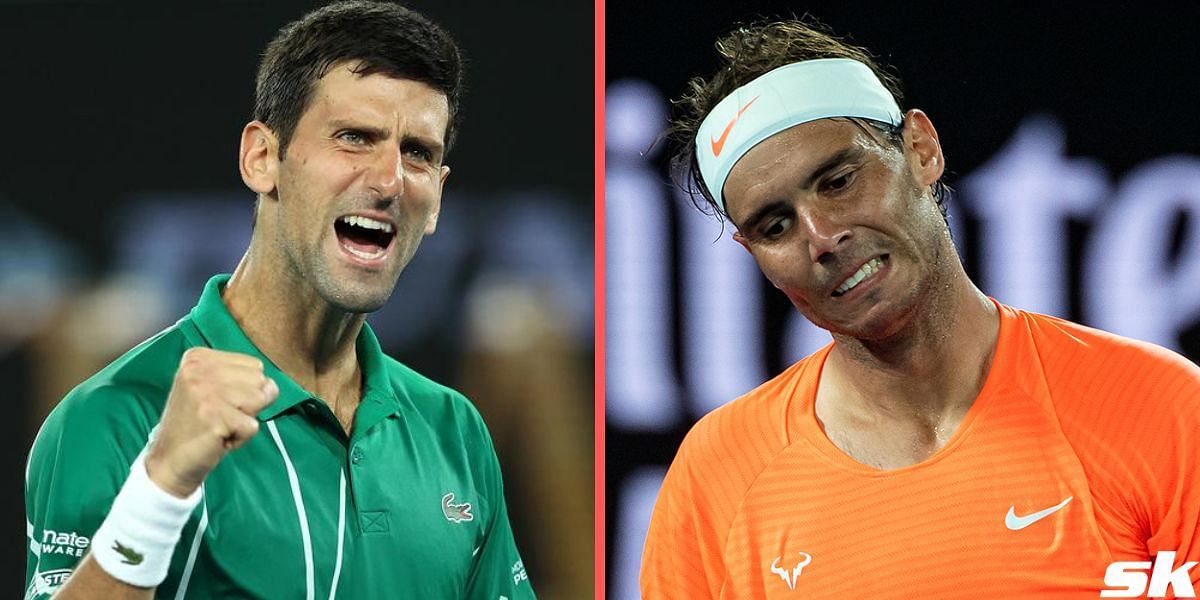 The long-awaited Australian Open 2023 draw featuring tennis legends Rafael Nadal and Novak Djokovic is finally out and tennis fans have presented strong views about it.

The tournament is headed for a blockbuster, with fans worldwide keeping their eye on top Grand Slam title holders Nadal and Djokovic, while also being eager to witness the change of guard with new faces emerging on the scene in recent months.

With World No. 1 Carlos Alcaraz pulling out of the tournament, World No. 2 Nadal, the defending champion at Melbourne Park, is the top seed. Despite the favorable seeding, the Spaniard has been given no mercy, starting with his Round 1 clash against young and rising Brit Jack Draper. The 22-time Grand Slam champion is then likely to face 2022 ATP Next Gen Finals winner Brandon Nakashima (R2), Yoshihito Nishioka (R3), Frances Tiafoe (R4), Daniil Medvedev (QF), Stefanos Tsitsipas (SF) and Novak Djokovic in the final.

Meanwhile, the Serb, who is ranked World No. 5 at the moment, has a steadier draw than his arch-rival. The nine-time champion at Melbourne Park will face Roberto Carballes Baena in the first round, followed by potential meetings with Hugo Dellien (R2), Grigor Dimitrov (R3), Pablo Carreno Busta (R4), Andrey Rublev (QF), Casper Ruud (SF), and the Spaniard in the final.

Tennis fans are thus overwhelmed with the outcome of the draw, with many suggesting that Djokovic has lucked out in the draw and declaring that Nadal, who is in poor form, is likely to bow out in the first round against 21-year-old Jack Draper – who is performing well and is currently into the semifinals of the Adelaide International 2.

“You cannot get an easier draw than this for Novak, even if he has chosen the players himself.”

You cannot get an easier draw than this for Novak, even if he has chosen the players himself

Here are a few more reactions from fans to the 2023 Australian Open draw:

Handover that fucking trophy to Novaxx..after seeing the draw hamstring injury will disappear…Insane luck..Truly gifted athelete of all time.. https://t.co/CJoXRszESb

Direct entry to Final for Djokovic 🥳

This doesn’t make sense honestly… entering into the competition as the first seed and still getting this type of draw is baffling, sincerely

Wake me up when the nightmare ends pls https://t.co/xUqdY37pv9

They put Nadal, Medvedev, Tsitsipas and Felix all in the same half ffs 💀. This is literally going to be Novak’s easiest GS win ever. If he doesn’t win this slam without dropping a set, he’s disqualified from the GOAT debate in my book

Wtf how no.1 seed player got draw like this..Djokovic didn’t get before like this… full of corruption and favor to that clown …🖕😤 https://t.co/7nuWxskrnX

nadal is honestly SO COOOOKED omg this draw is BRUTAL https://t.co/1SH0SO5vh5

who do i need to pay to rig that draw bc what did he even do to you @AustralianOpen this is awful 😭😭 https://t.co/eff7H5jMDE

Crossing Draper will be difficult 🙏 https://t.co/i4PHTZqPYa

The lack of luck this man has… https://t.co/1eCjd9mjy6

With the kind of draw Djokovic has, not winning AO will be shame.

Why did they do Andy like that😭
Also I think Draper has a decent chance vs Nadal with how he’s been playing recently and Rafas poor form.
Rublev team should also be good! https://t.co/DdjqM8v0z8

Andy playing Matteo motherfucking Berrettini Round 1. I want to commit several crimes. I am fuming.

When is @andy_murray going to catch a little bit of a break in the first round? Gets Berrettini in R1 at #AusOpen cc: @Shaptennispod

mens AO draw is so chaotic, what’s up with berrettini vs andy murray and rublev vs thiem ☠️

Okay in all honesty, that’s one hell of a draw for Nadal. I won’t be surprised if he goes home first round, especially with the way Draper has been hitting. Still think Djokovic potentially facing Kygrios is tougher than anything nadal will have to face until the finals though 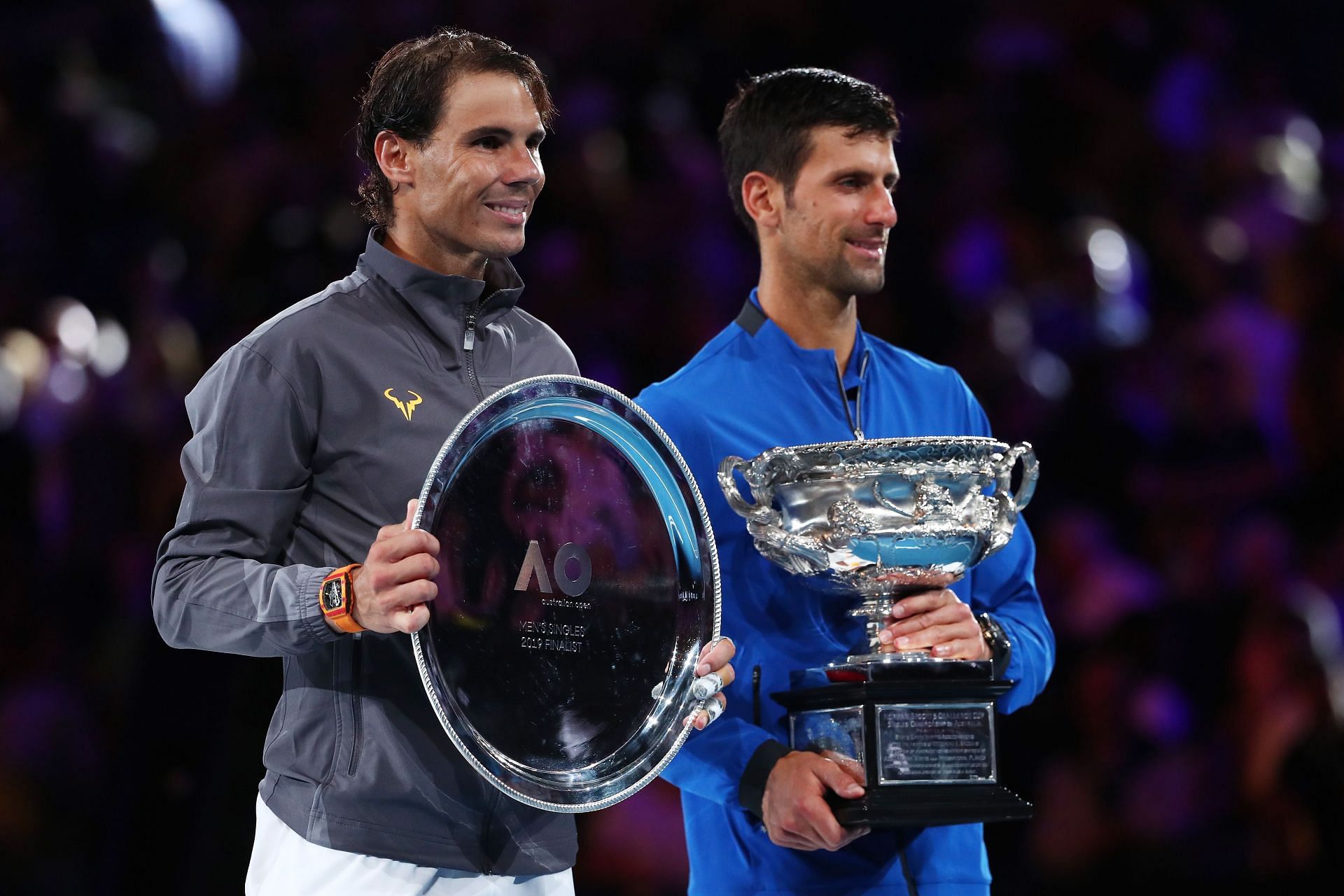 The 2023 Australian Open is expected to be highly significant for tennis veterans Rafael Nadal and Novak Djokovic.

The World No. 2 Spaniard, being the defending champion, will have the enormous task of defending 2000 points in the tournament. If he is to crash out in the first round against Jack Draper, the 36-year-old is likely to face the risk of dropping out of the top-10 in the rankings for the first time since entering the elite group in 2005.

The Serb, meanwhile, will be vying for the World No. 1 spot, a record-extending tenth title at the Australian Open, and his 22nd Grand Slam title, to equal the record created by his Spanish arch-rival.