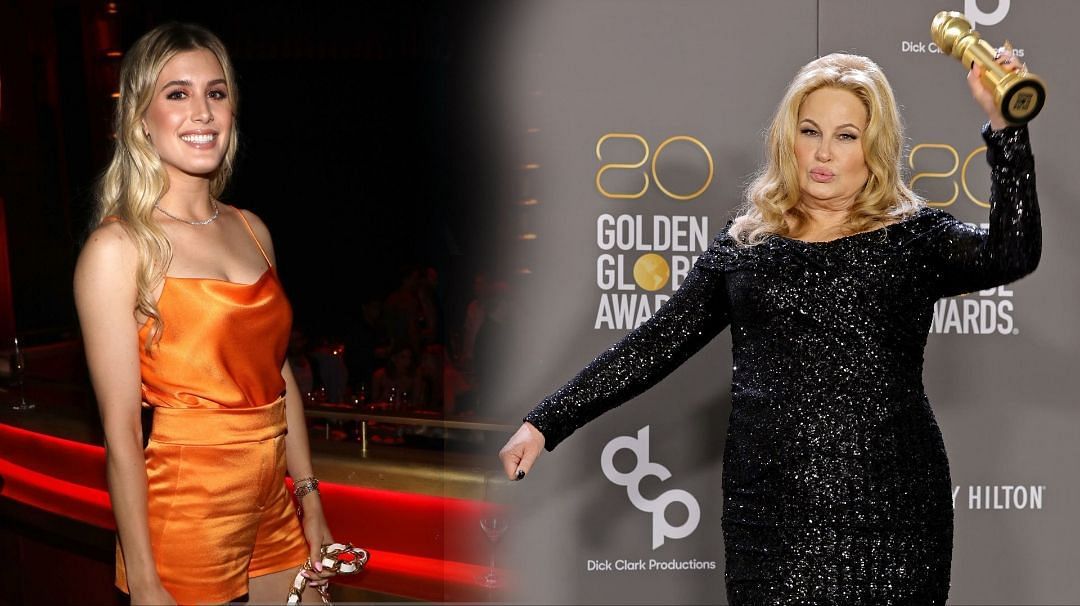 Eugenie Bouchard has reacted to Jennifer Coolidge’s acceptance speech at the 2023 Golden Globes as ‘The White Lotus’ actor won the award for Best Supporting Actress in a Television Limited Series/Motion Picture.

The Canadian tennis player has been a fan of the American Black Comedy-Drama Anthology and could relate a lot to the confused and chaotic character ‘Tanya McQuoid’ played by Jennifer Coolidge.

She quickly shared her favorite actor’s acceptance speech on her Instagram story and quoted the post by saying, ‘She is Tanya.’ 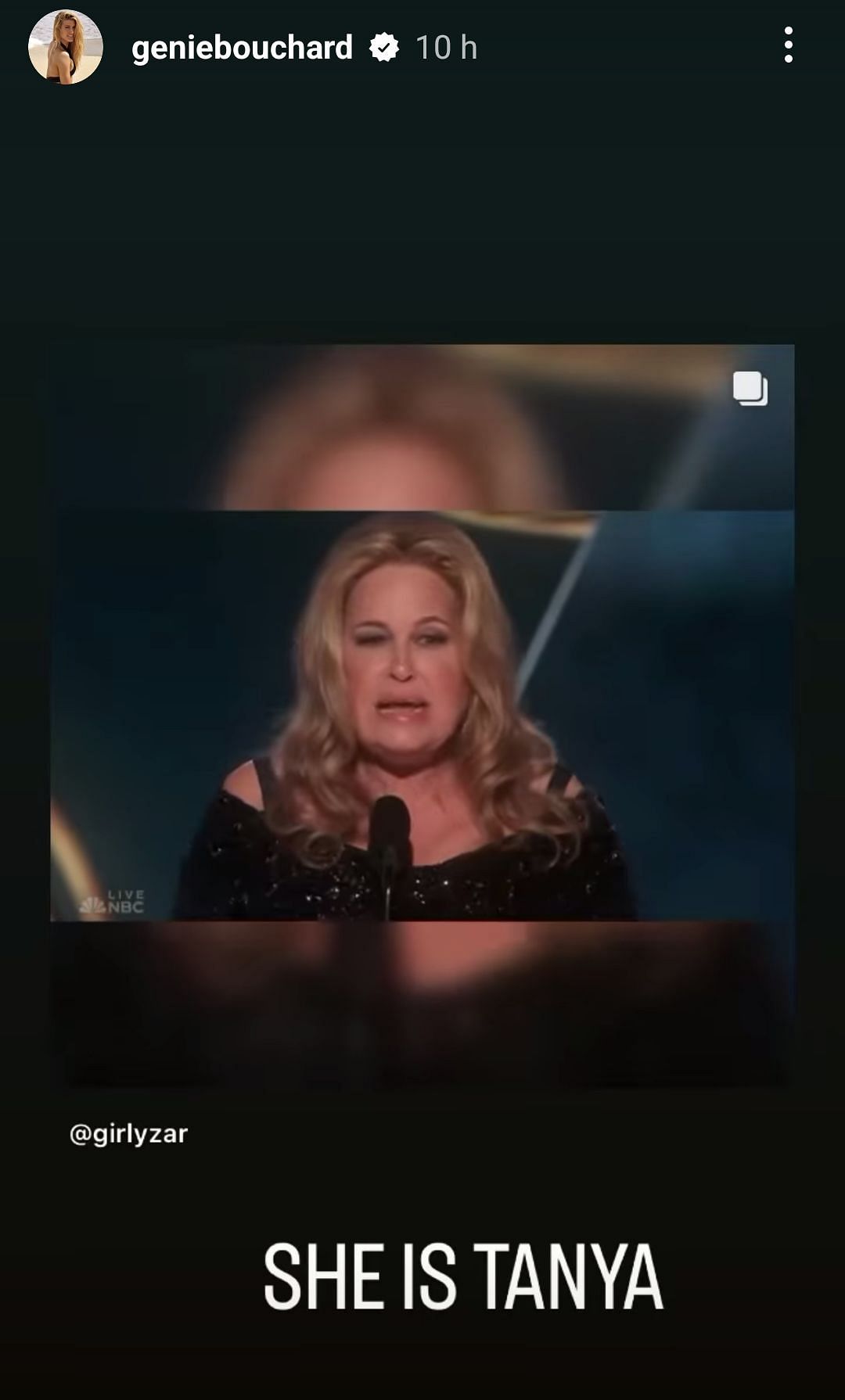 Bouchard, who had been away from the women’s tour for 17 months (right shoulder injury) made her much awaited return in August at the 2022 Odlum Brown Vancouver Open. Things didn’t go exactly as per plan for the Canadian as she bowed out in the first round to Arianne Hartono in straight sets 2-6, 2-6.

However, the 2014 Wimbledon runner-up made her first noticeable impact this season at the WTA 250 Chennai Open. She recorded back-to-back wins against Joanne Zuger and Karman Thandi en route to the quarterfinals. Her run came to an end in the last eight as Argentine Nadia Podoroska outlasted her in a three-set tie.

Since then, Bouchard has shown glimpses of her previous form but has only managed to win four matches from her last 12. She recently participated in the qualifiers of the 2023 Australian Open but couldn’t get past Ashlyn Krueger in the first round. Despite leveling the tie against the American in the second set, she lost her serve in the penultimate game of the decider and went down fighting 6-3, 1-6, 6-4. 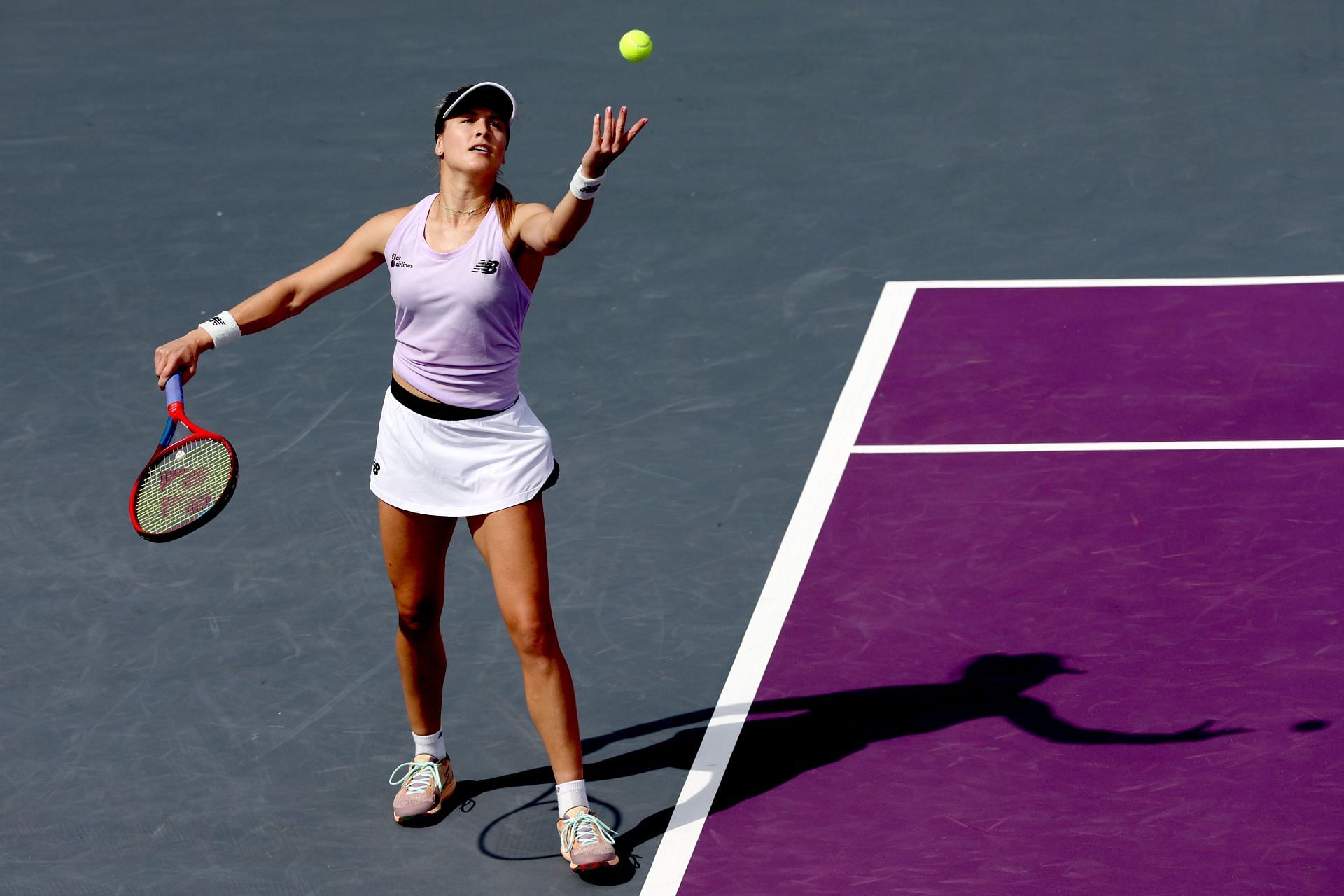 Eugenie Bouchard has stayed optimistic ahead of the 2023 season despite her disappointing loss in the first round of the 2023 Australian Open Qualifiers. She entered the qualifiers using her protected ranking, a status that is given to players who have not competed in any tournaments for a minimum of six months due to physical injury.

However, the former World No. 4 couldn’t edge past Ashlyn Krueger in the first round. She took to social media and promised her fans to turn things around and work hard to find her best form this season.

“Australia! So nice to be back after 3 years, and staying at my fav place @crownmelbourne 🙂 sad to be leaving early this year, but we will turn 2023 around!,” she wrote in her Instagram post.