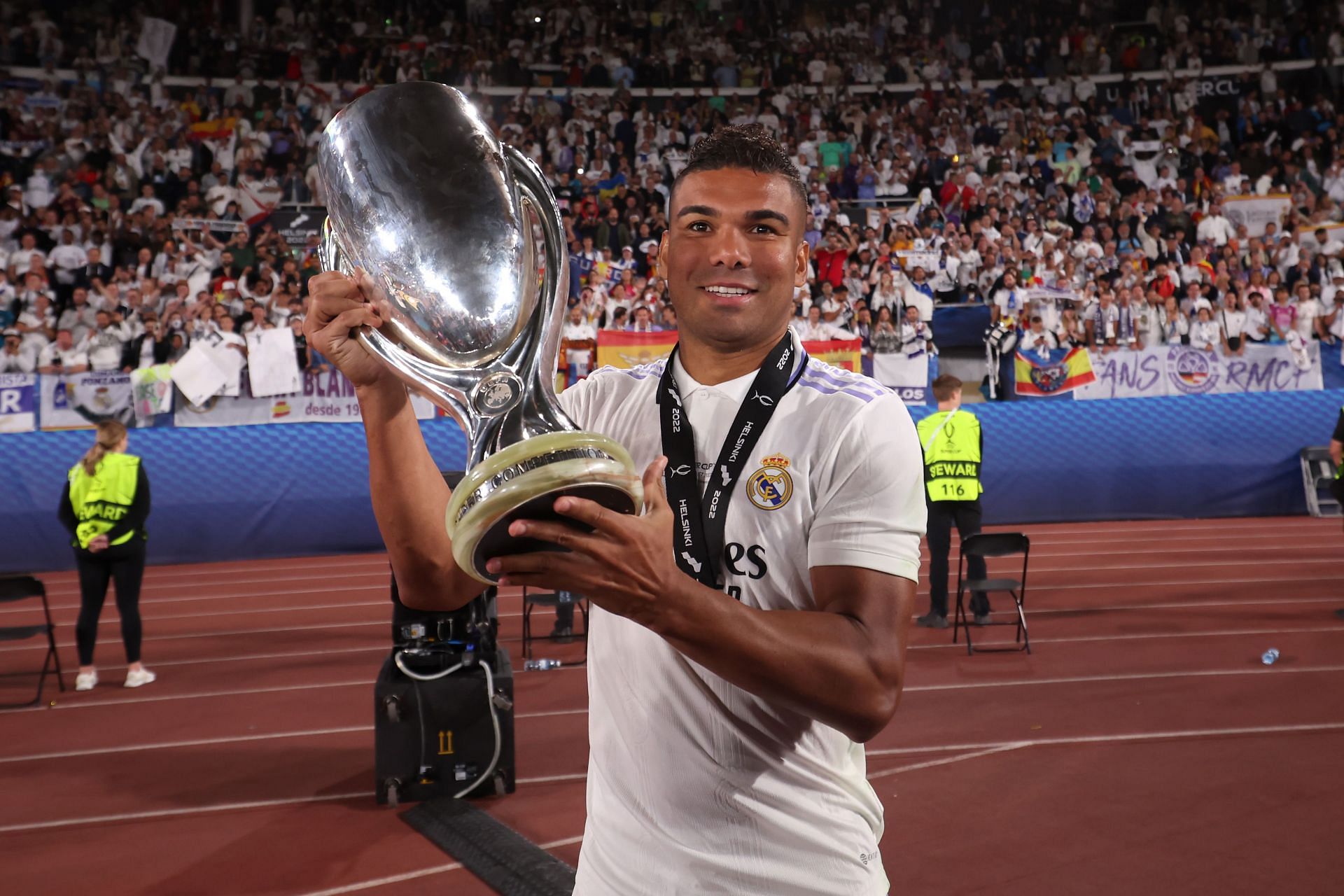 Real Madrid are continuing with their renewal plans, which has seen the club bring in some of the most promising young talents from around the world.

Youngsters like Eduardo Camavinga and Aurelien Tchouameni have joined Los Blancos in recent years. Another name set to join the senior team from Castilla is Mario Martin, who is viewed by the club as the ‘next Casemiro’, according to Fichajes.

Mario Martin is in the practice today with first team ahead of Super Cup Semifinal against Valencia. 🤍 pic.twitter.com/BfyRtPTM5C

The team’s intention is to continue adding new players who can make an immediate impact on first-team performance. As part of this process, club president Florentino Perez has his eyes set on several potential signings, but he is also prepared to bet on academy prospects too.

Real Madrid’s Castilla, managed by the legendary Raúl González Blanco, have a promising young Spanish midfielder in their ranks who is making waves.

Martín is just 18 years old and has already made his mark with three assists in 12 games this season. This also earned him a call-up for Spain’s Under-19 squad. He also made the bench in Los Blancos’ penalty shootout win over Valencia in the Supercopa de Espana semi-finals on January 11.

🚨📋| Mario Martín called up with the first team for the Super Cup game against Valencia. pic.twitter.com/my3uRDlKSg

Perez sees Martín as an ideal option to rotate with Tchouameni in the midfield until the young teenager can take over permanently. His contract runs out at the end of 2026.

However, it looks increasingly likely that we will see him donning senior Real Madrid colors on a regular basis if he continues his impressive form.

According to The Athletic, Real Madrid rejected the opportunity to re-sign veteran Cristiano Ronaldo when offered a chance. The Los Blancos legend was linked with a sensational return to the Spanish capital after news broke that he was training at their facilities. However, the move failed to materialize and he moved to the Saudi Pro League club Al-Nassr instead.

Ronaldo’s contract with Manchester United was mutually terminated in November and he was a free agent before moving to Saudi Arabia.

The Portugal international is one of the greatest players in Madrid’s history, with the veteran striker being their highest goal scorer with 450 goals. However, due to his age and recent struggles to find form, making a return to Santiago Bernabeu seemed like a far-fetched dream.

The champions of Europe currently possess one of the strongest squads on the continent. It is difficult to see how the fading star could have bolstered their options.