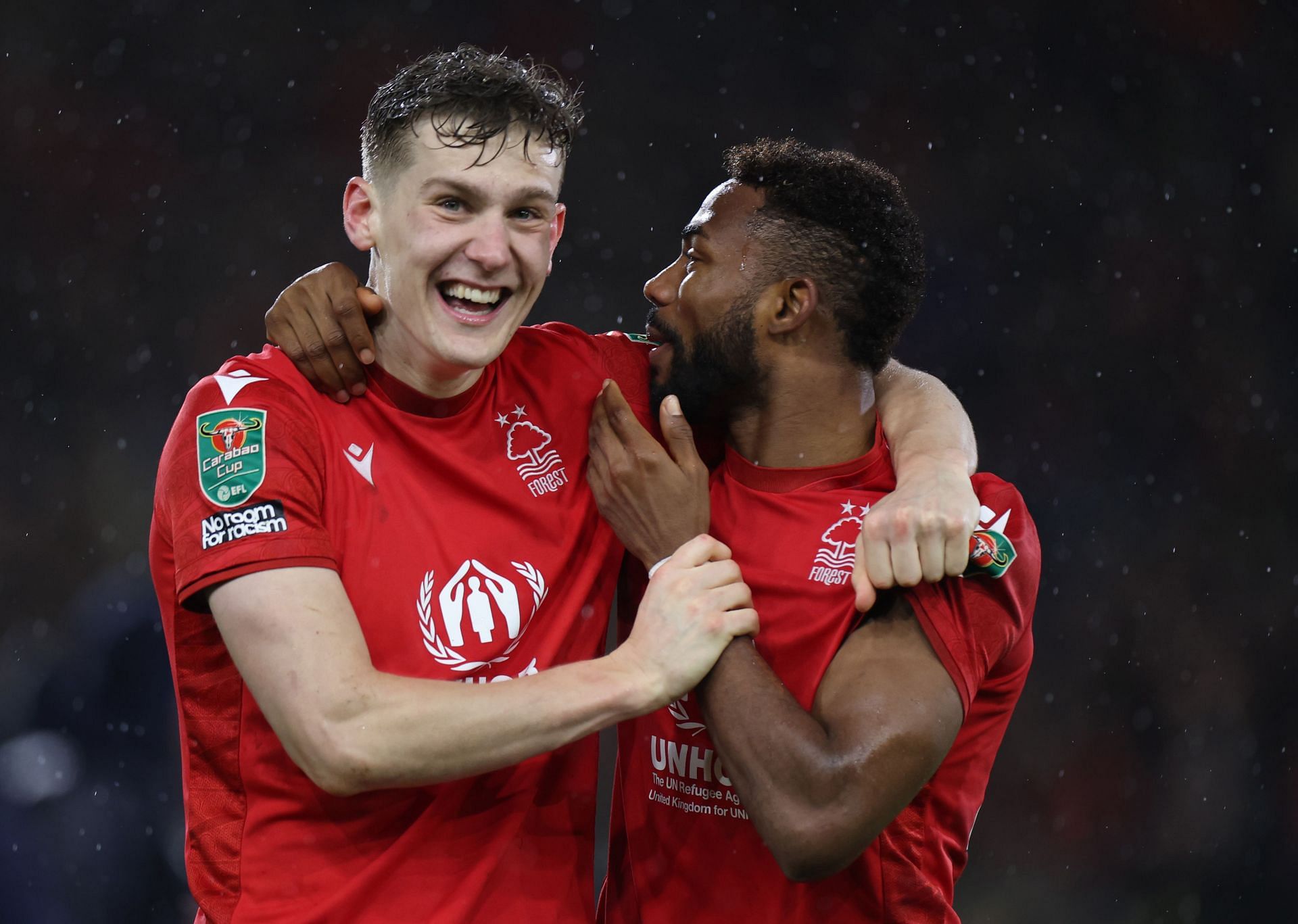 Both Nottingham Forest and Leicester City have 17 points each as they prepare to lock horns in English Premier League action on Saturday.

Nottingham Forest beat Wolverhampton Wanderers on penalties on Wednesday to progress to the semi-finals of the Carabao Cup. Willy Boly gave them the lead in the 18th minute before Raul Jimenez restored parity for Wolves in the second half.

Dean Henderson emerged as the hero in the shootout, keeping out Ruben Neves and Joe Hodge’s efforts to hand his side a memorable win.

Forest will face Manchester United in the semi-finals. But before cup action resumes in about two weeks, they have a couple of Premier League commitments to attend to. Steve Cooper’s men will square off against Leicester City on Saturday.

Although the Foxes are at 13th and Forest are 15th in the table, the two teams are tied on points. As such, a win on Saturday will see Cooper’s side leapfrog Leicester in the Premier League table.

Meanwhile, Brendan Rodgers’ men are going through yet another rough patch. They have lost four of their last five matches in all competitions, with their only win during this period coming against League Two side Gillingham in the third round of the FA Cup.

The Foxes have lost all of their last three Premier League matches and suffered a 2-0 loss to Newcastle United in the quarter-finals of the Carabao Cup in their latest outing.

Leicester and Forest are both just two points clear of the relegation zone and anything other than a positive result will only mount pressure on either side.

Our No.7 scored this belter against Forest earlier this season 💫 pic.twitter.com/AiWZfPAkZ4

Nottingham Forest have looked like a solid unit in recent weeks. Both sides were involved in domestic cup action in midweek and will be affected by fatigue. This one is likely to be a cagey encounter and we expect the two teams to cancel each other out.