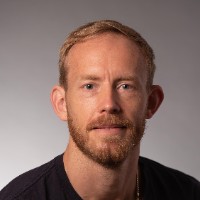 For many, the ups and downs of cryptocurrencies have had too significant a bearing on their perception of the technology powering this nascent asset class — DLT and blockchain technology.

For those of us interested in the technology, what’s happening with cryptocurrencies has no bearing on our plans. What can be achieved with shared ledgers and tokenisation is so much more than price speculation, and if there’s one major company that knows this better than anyone else it’s J.P. Morgan.

I recently sat down with Tyrone Lobban, Head of Blockchain Launch & Onyx Digital Assets at J.P. Morgan. Tyrone’s been involved with blockchain at J.P. Morgan since the early days. In our discussion, there were a number of key lessons about how J.P. Morgan has positioned itself for success with respect to web3 and the future.

Be prepared for the long road ahead

J.P. Morgan has been investing in the application of blockchain in its business since 2015. During the past 7 years, they have undertaken over 60 proof of concepts focused on both internal and external, client-facing initiatives.

I am not aware of any other large company that has demonstrated this level of commitment to blockchain during the past 7 years and continues to do so.

Some of the crucial announcements that have taken place during this period include:

J.P. Morgan is the world’s largest bank outside of China, and today they are continuing to process over $1bn per day on blockchain.

This level of investment and commitment dwarfs those being made by many other organisations. Many are still exploring potential applications via proof of concepts but still have a lot of work to do to take these to production.

J.P. Morgan recognises that not every project will be successful, but it is ultimately a numbers game. As with any craft, the more you practice it, the better you get at it, and J.P. Morgan has now reached a point where they have not just identified several key use cases where it makes sense to utilise blockchain, but also those that don’t.

This ongoing experimentation is crucial to understanding how best blockchain technology can serve your organisation. Your first pilot or proof of concept is unlikely to pay significant dividends, however, it will provide plenty of learnings which will help make the next piece of work more impactful.

Uncertainty shouldn’t be a hindrance

There is still a lot of uncertainty about how the web3 landscape will evolve. Public blockchains are still criticised for their lack of privacy, pseudo-anonymity of participants and performance.

Conversely, private blockchains are criticised for their governance overhead, onboarding challenges and separation from public blockchains.

Against this landscape, J.P. Morgan didn’t decide to hold off acting. Instead, they were able to identify the ways in which the current landscape could serve their needs.

They tokenised deposits and undertook DeFi transactions on a public network and brought a decentralised identity implementation into the project to ensure that all participants in transactions were identifiable.

The work took place in a regulator-sanctioned sandbox environment, which helped them to identify regulatory challenges that exist with current legal frameworks to support such activities.

On the private network front, they launched their Onyx platform using a private permissioned network given the challenges that exist for working with public networks.

By being at the cutting edge of these developments, one can be sure that J.P. Morgan will be well positioned to help regulators enact legislation if appropriate, and respond quickly to create products and services compliant with regulations as they emerge.

Entirely new ecosystems will be required

It’s likely that once frameworks exist to allow banks to tokenise deposits, J.P. Morgan will no doubt be an early mover in the space given their experience so far.

Asset tokenisation initiatives can play into a host of other ecosystem initiatives for the bank. For instance, it recently surfaced that J.P. Morgan has registered a trademark for a cryptocurrency wallet — unsurprisingly named J.P. Morgan Wallet. Whilst J.P. Morgan hasn’t announced this wallet itself, it does demonstrate one significant opportunity they could easily expand into given their existing reach and customer base.

In addition, their Onyx platform is not just for repo transactions, it also hosts their Liink network which has over 100 participants using the network to exchange payment-related information with one another, reducing the time it takes to make payments between institutions.

There are numerous other initiatives J.P. Morgan is no doubt involved in which will be made public in due course. However, many would no doubt benefit from following their lead.

J.P. Morgan has a significant track record within financial services and it seems highly likely that it will continue to maintain its position as a market leader as blockchain technology becomes more mainstream.