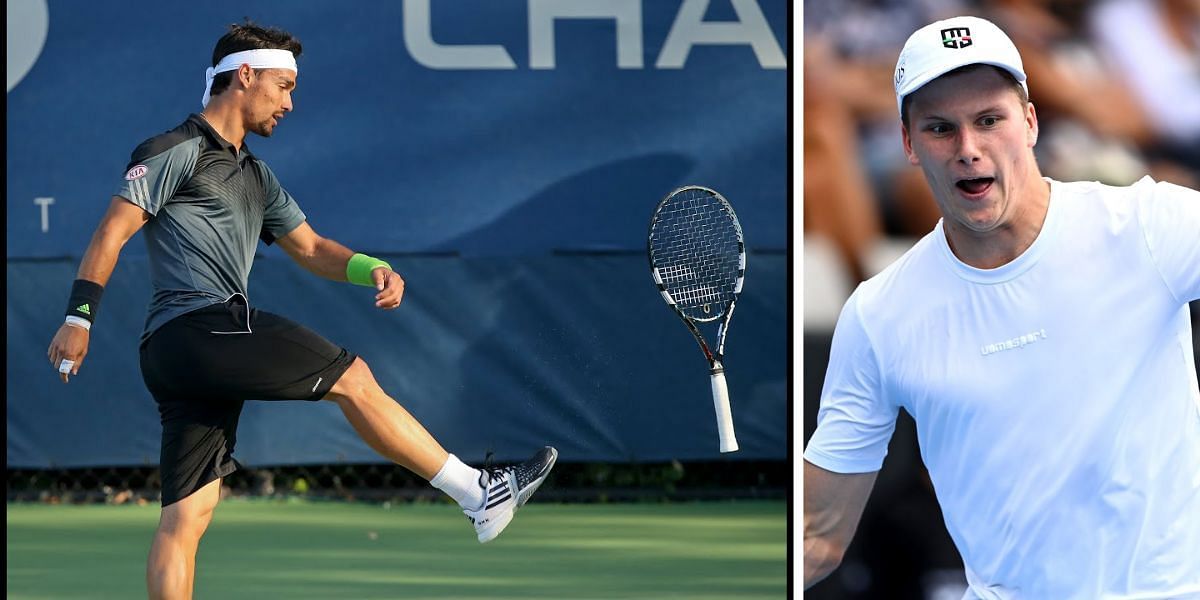 Italian veteran Fabio Fognini criticized Jenson over the latest dispute surrounding net cords. During their Round of 32 match at the ASB Classic in Auckland, the duo were engaged in a brief exchange of words on court involving a net cord winner.

After sharing the spoils in the first two sets, Brooksby got a chance to break back in the third set and reduce Fognini’s 2-0 lead. The American hit a backhand on break point, which clipped the net and bounced past Fognini, giving the 22-year-old the game to made it 2-1. While returning to their respective seats, the players had a brief scuffle where the Italian was particularly displeased and sought an apology from the young American, who refused.

In the on-court interview, Brooksby stated that Fognini demanded an apology from him. However, the American remained unapologetic and claimed net cords are not based on luck.

“It’s gonna happen in the heat of the battle. He (Fognini) said I should apologize for net cords, but I was taught that it’s not really luck-based,” Jenson Brooksby said on the incident.

Fognini later turned to social media to have his say on the controversy. In his Instagram story, the 35-year-old quoted Brooksby and sarcastically called it “so funny.” 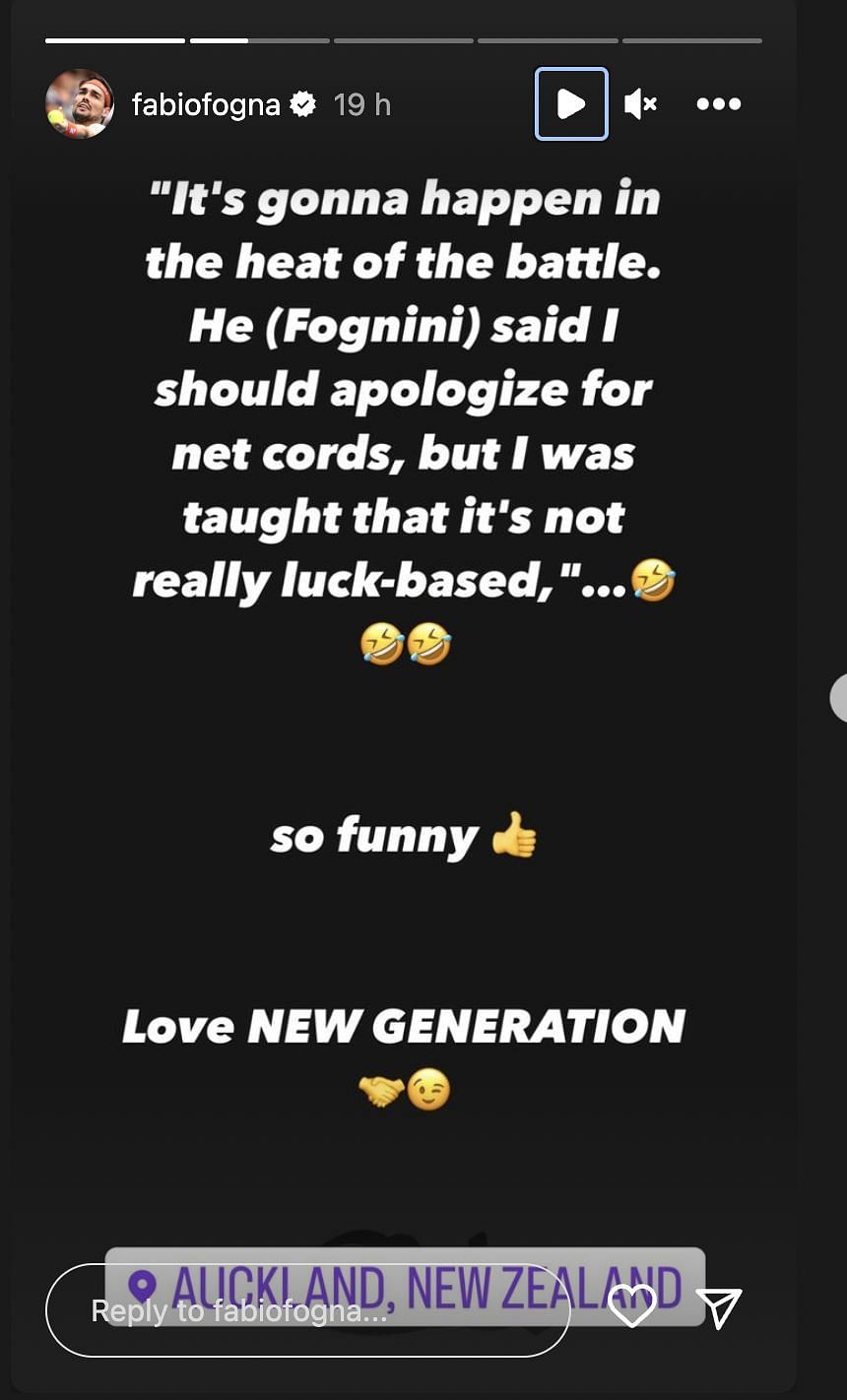 How Fabio Fognini fared in 2022 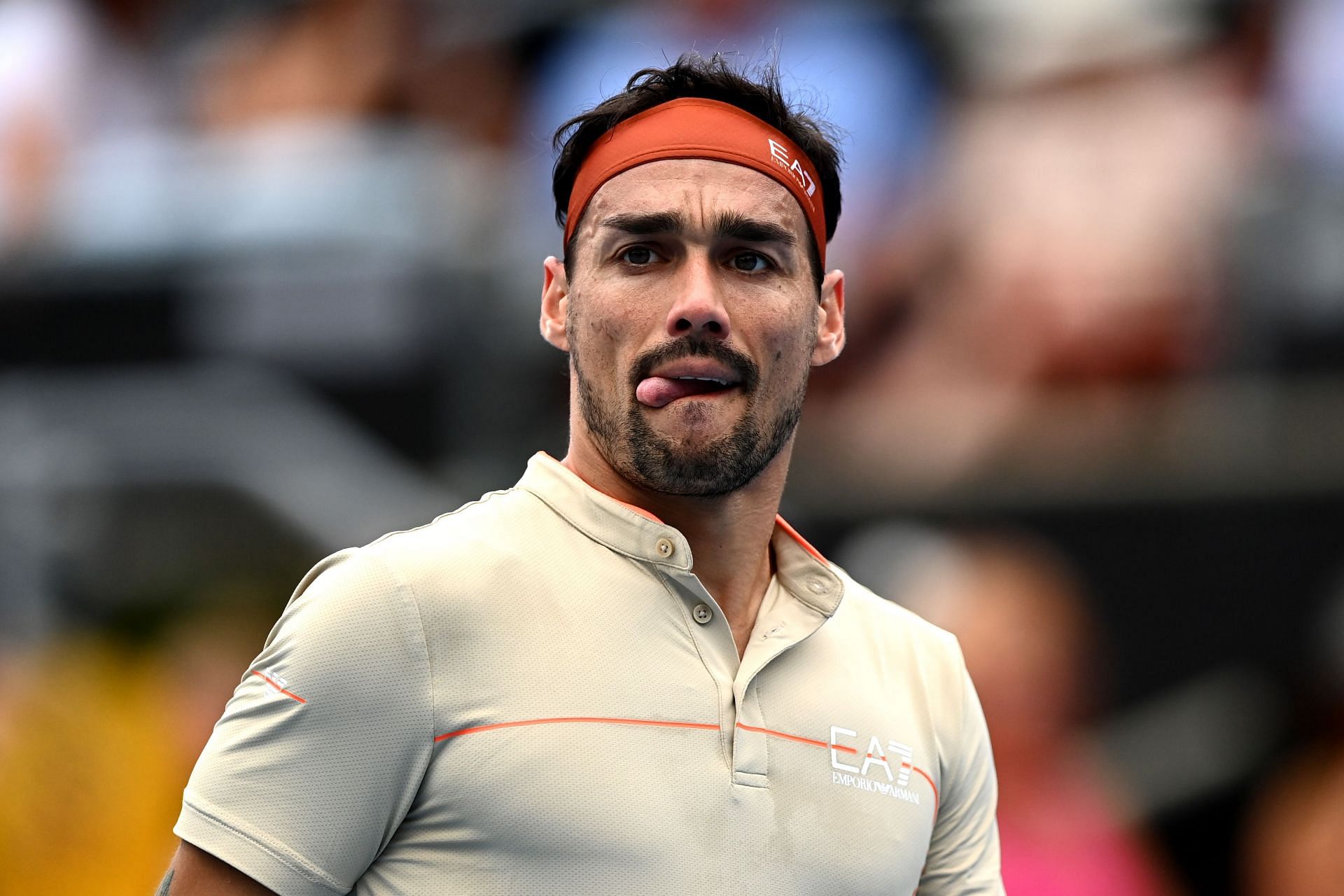 World No. 57 Fabio Fognini kicked off his 2022 season with the Sydney International. The Italian lost in the second round to Brandon Nakashima.

In the first Grand Slam of the year in Australia, Fognini suffered an early exit as he lost to Tallon Grieskpoor, 6-1, 6-4, 6-4 in the first round of the Major.

Fognini reached his peak by reaching his first semifinal of the year at the Rio de Janeiro Open, losing to Spanish teenager Carlos Alcaraz, 6-2, 7-5. En route to his last four appearance, Fognini beat the likes of Pablo Carreno Busta and Federico Coria.

In his next three tournaments, Fognini’s best result was at the Miami Open and the Monte Carlo Open. He lost to Nick Kyrgios and Stefanos Tsitsipas, respectively, in the Round of 32.

Fabio Fognini made his way out to his second and last semifinal appearance of 2022 at the Serbian Open, where the former World No. 9 lost to Andrey Rublev in the penultimate match of the ATP 250 event.

Plying his trade at Roland Garros and the US Open, Fognini lost in the Round of 64 in both tournaments, his best Grand Slam result of the season.