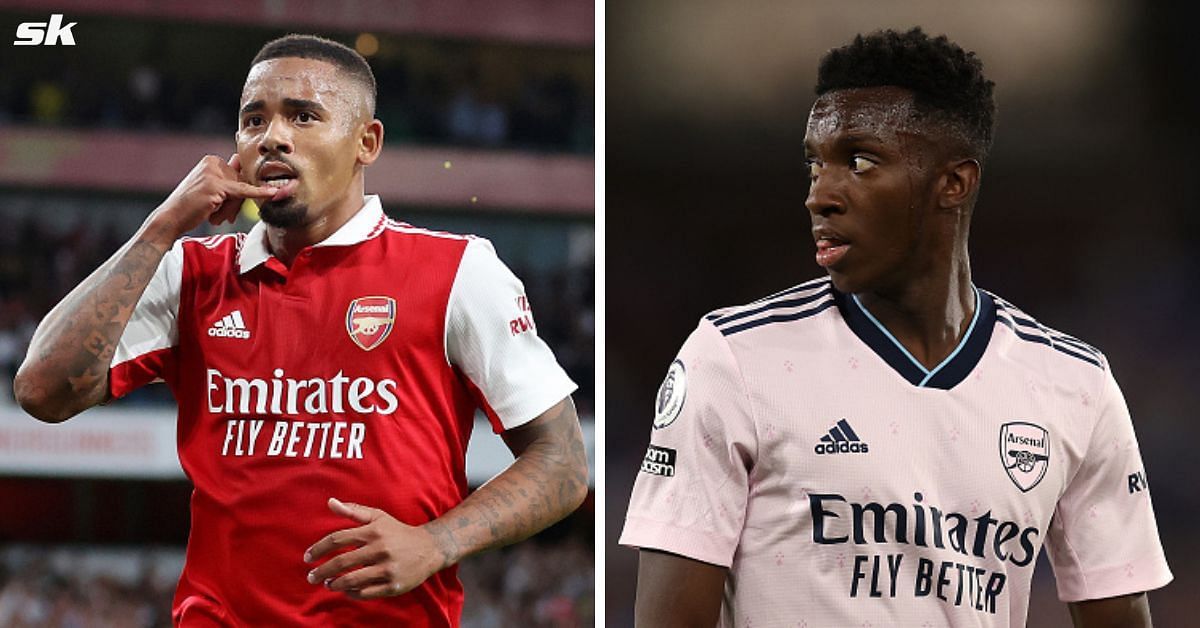 Former England striker Darren Bent has said that he would pick Eddie Nketiah ahead of Gabriel Jesus to spearhead Arsenal’s attack against Tottenham Hotspur if both were fit.

The Gunners are currently without the services of their first-choice striker Gabriel Jesus, who suffered a knee injury in the 2022 FIFA World Cup in Qatar. Nketiah, though, has filled the former Manchester City attacker’s void quite admirably.

Bent, an Arsenal fan who played for Tottenham Hotspur, told talkSPORT that he would pick Nketiah even if Jesus were available because of the goals the former provides:

“Oh Eddie has to start, 100 per cent. It depends, because if Eddie keeps scoring goals, and Arsenal maintain where they are, then Jesus is going to have to get himself back into the team.”

“Looking at what Eddie has done, we saw glimpses last season. If you can remember the back end of last season, the last seven games, he scored five goals. He had the two against Chelsea, where he was brilliant, two against Leeds and one against Everton.”

Eddie Nketiah has a better goals-per-minute record than Gabriel Jesus this season.

Should he start ahead of the Brazilian? 👀 pic.twitter.com/fbGlo1cr4F

“The performance against Chelsea was the one I went ‘oh, wow, ok maybe he is ready’. Again, he’s been given opportunities this season; he’s scored a fair few goals on this little run that he’s on now, I think he’s got four in his last five.”

Bent has also credited manager Mikel Arteta for not panicking and believing in Nketiah when Jesus got injured. He added:

“I think the rush maybe isn’t as imminent as it was. I think when Gabriel Jesus got injured, people were like ‘panic stations, what are we going to do? Arsenal are going to fall off’’. He’s just gone ‘you know what, hold on a second’, and fair play to Arteta as well, by the way, because he’s gone ‘you know what, you’re my number nine’.”

Arsenal are reportedly keeping a close eye on Barcelona defender Eric Garcia, who has struggled for opportunities at the Camp Nou. The Spaniard made a switch to Barcelona on a free transfer last summer after seeing out his Manchester City contract.

Eric García has not started a match since the 29th of October. pic.twitter.com/o3mjQSaSNT

The Spain international has impressed with the Blaugrana despite not having too many opportunities under manager Xavi Hernandez.

Garcia has started just eight La Liga games this season and could be on his way out of Barcelona for the second time, having started out at the club. Arteta knows the player very well from his time as assistant manager of City and is said to be keen to snap up his compatriot.