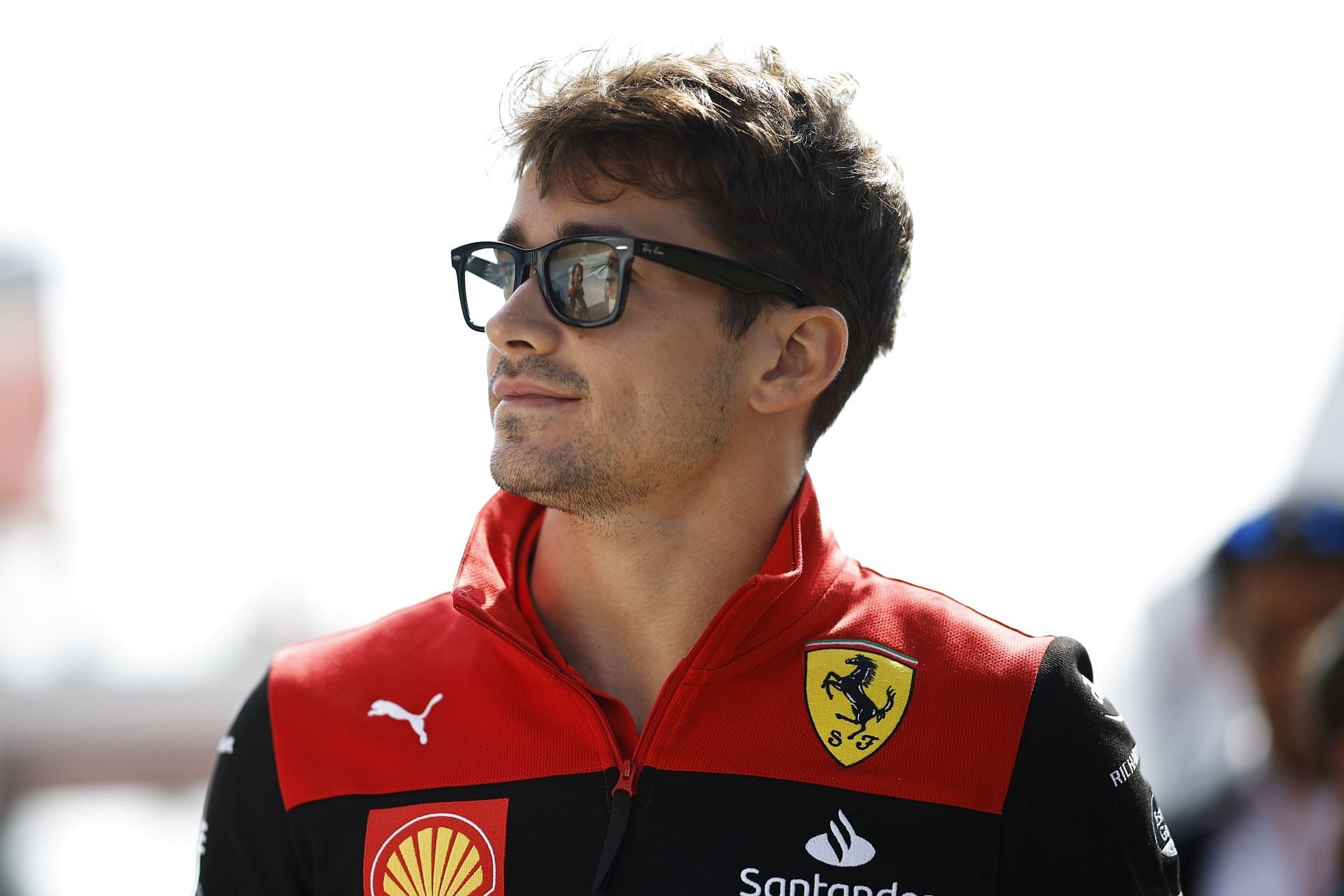 Charles Leclerc’s recent Instagram story took the F1 Twitterverse by storm. In his Instagram stories, the Monegasque was seen climbing steep snowy mountains called the Dolomites, which are located in northern Italy. During the off-season, every F1 driver will have their own way of training for the next season. Hence, Leclerc was seen climbing these dangerous mountains.

Though he was with others and was well protected during the climb, many F1 fans were extremely scared and shocked to see Charles Leclerc’s Instagram story where he showed himself standing on the edge of a steep snowy mountain. He made a funny expression and widened his eyes to express surprise in the video, which was reciprocated by F1 fans as well.

After Charles Leclerc posted the Instagram story of him being on a dangerous snowy mountain, fans reacted to it by posting the clip on Twitter. Some were genuinely shocked and scared for their favorite driver’s life. They wrote how Charles Leclerc was giving them anxiety and wanted him to come down from the steep mountain.

A few Twitteratis also made humorous memes about how Frederic Vasseur, Ferrari’s new team principal, will react after seeing his number 1 driver climb dangerous mountains right before the new season.

Frederic Vasseur after seeing Charles Leclerc Instagram storied and seeing the situations his driver puts himself on 😭😭 pic.twitter.com/bmE8aUBAbV

i know fred vasseur is already regretting saying yes to ferrari after having to deal with this menace climbing snowy mountains on his FIRST day as the ferrari tp pic.twitter.com/PPIKXnqyB3

why can’t he just have a normal pre-season training like most drivers 😭 pic.twitter.com/G3fjgum3CH

“GET DOWN FROM THERE YOUNG MAN”

GET DOWN FROM THERE YOUNG MAN pic.twitter.com/APUbZsQdtY

“First day for Vasseur in the office and he has to see Charles doing this as his training:”

First day for Vasseur in the office and he has to see Charles doing this as his training: pic.twitter.com/4zN1viRnas

“When i tell you charles is insane, i mean it”

when i tell you charles is insane, i mean it pic.twitter.com/pvUTUvOMQU

mattia binotto seeing fred vasseur having to deal with charles being a menace on val gardena’s mountains during the off season pic.twitter.com/abDkHVASUB

“Please someone tell him to stop, I’m stressed”

Please someone tell him to stop, I’m stressed😭😭😭 pic.twitter.com/JJcuP03b7W

“This man wants to give me a heart attack”

This man wants to give me a heart attack pic.twitter.com/EirLcZaVtG

“So we all stressing about Charles climbing up the side of a mountain then yeah?”

So we all stressing about Charles climbing up the side of a mountain then yeah?

“That one unemployed friend on a random tuesday”

that one unemployed friend on a random tuesday pic.twitter.com/P6jhhS0xub

Although people assume that this is Charles Leclerc’s pre-season training, it is safe to say that he will be training in other ways as well. After a rocky 2022 F1 season where he failed to stay in the championship fight, Leclerc will be aiming high for next season to try to fight back.

It will be quite difficult for the Monegasque, however, since Mercedes will also be clawing their way back to the top to enter the championship fight with Red Bull.