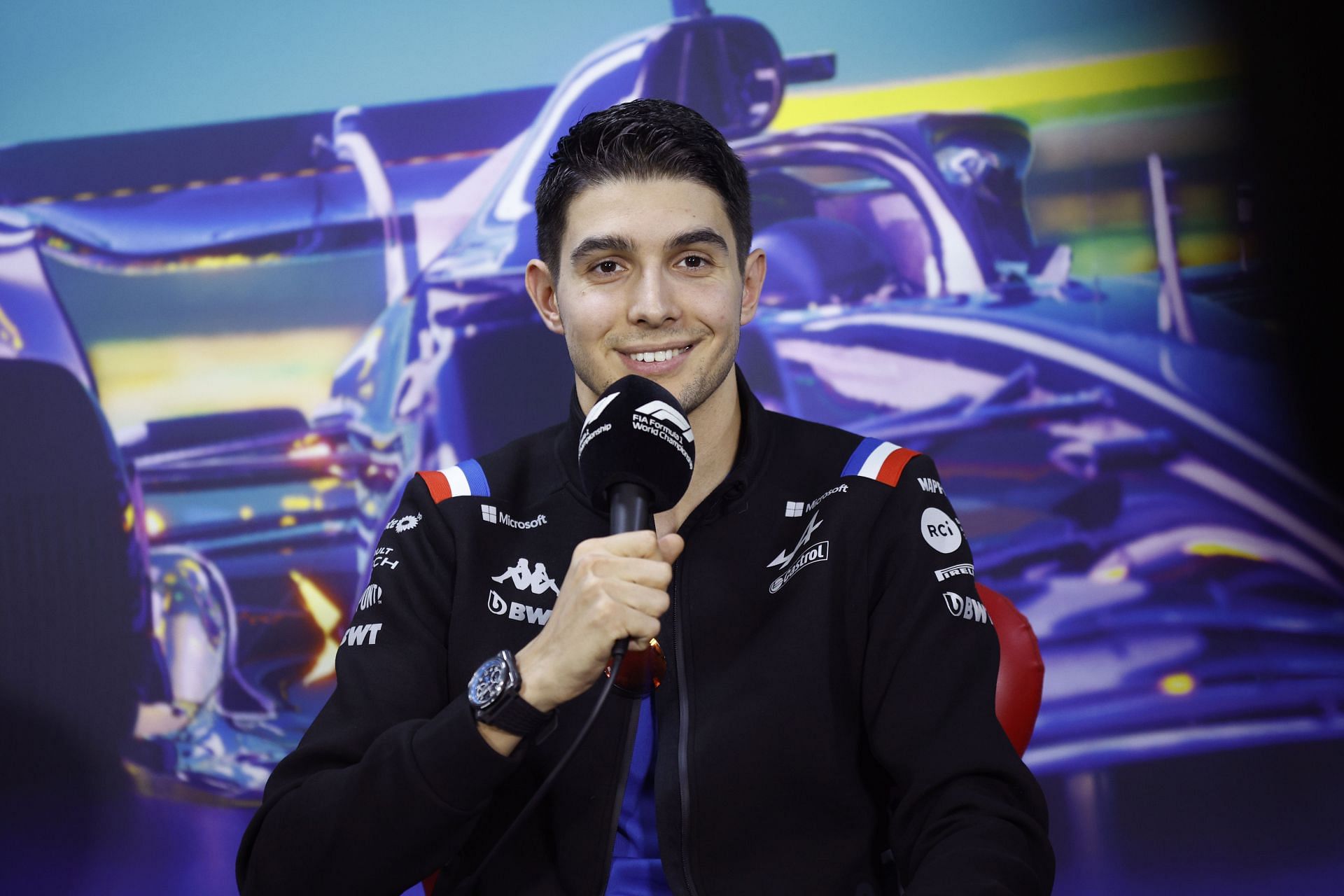 French F1 driver Esteban Ocon is hoping to set aside old feuds and write “some great history” together with compatriot and Alpine teammate Pierre Gasly in the upcoming season.

Ocon and Gasly’s feud is well-known in the F1 fraternity. The two were childhood friends, having grown up together in Normandy. However, their relationship has soured over the years.

The two have, however, agreed that it is all water under the bridge. Esteban Ocon said that the two have matured, and the prospect of another rivalry taking over on the track does not worry him. He said:

“I’m not worried about next year. It’s been a few years since since we last worked together, I think last time was GP2 in 2014 when we did some testing together.”

Happy New Year everyone! Bonne année à tous! 🎉 Thank you for your support these last 12 months, means a lot. 💙 Let’s all make 2023 the best year yet. Cheers!! 🥂 🎆 pic.twitter.com/p0z3eRNxOe

“We were young back then and now we’re racing for a manufacturer team together. I think there is some great history to write for the future, and I hope we can do it together.”

Alpine boss Otmar Szafnauer had earlier said that he is hopeful Gasly and Ocon will become compatible teammates for the upcoming season. In an interview with RacingNews365.com, Szafnauer said:

“Hopefully, what they say is true, and I believe it is. I’ve talked to both of them, and they both say the same thing. I’ve talked to Esteban more than Pierre, as I know [him] more, and I asked him: ‘Do you think this is an opportunity to rekindle your friendship?’ He said: ‘Yeah, never say never, let’s see what happens’, so he is definitely open to it.”

Gasly moved from AlphaTauri to Alpine following the conclusion of the 2022 season. He will team up with Esteban Ocon, filling the vacancy left by Fernando Alonso, who moved to Aston Martin for the 2023 season. Gasly and Ocon will have to work on a collective goal if they want to rise further up in the world of Formula 1.

Pierre Gasly and Esteban Ocon have high praise for Alpine

Pierre Gasly and Esteban Ocon have both praised Alpine for the efforts they have made on their cars and their philosophy.

Gasly tested out the new Pirelli tires in November in Abu Dhabi, and during his first interactions with the Alpine crew, he noticed a drastic difference in car performance and team philosophy.

Speaking to the media, Gasly explained how he could spot the car’s strengths and how the team was able to finish fourth in the constructors’ standings. He said:

“I’ve done only a day in Abu Dhabi, but I can definitely spot some very good strengths in this car, and the potential that it has. They finished fourth in the championship for a reason, and now I understand this reason, not just from the package but with how the team operates.”

“The engineers in the team, the mindset, and the philosophy that there is in the team, so far I’ve been very pleased with these first interactions with the guys.”

A new chapter will start in 2023 with @AlpineF1Team

I am extremely excited to join the team on a multi-year deal and work our way to the top together. pic.twitter.com/BtkTDOJ0hA

“We clearly developed the car well, gave good feedback early on for the team to develop the car, and they managed to translate that. By mid-year, we clearly stepped up as a team, made some strong performances after that, where we get fifth place quite often – fifth place is obviously big points – and qualify fifth quite a few times as well.”

Alpine hopes to rank higher in the constructors’ championship next season and a lot of it will depend on the relationship that the two drivers, Ocon and Gasly, will share.