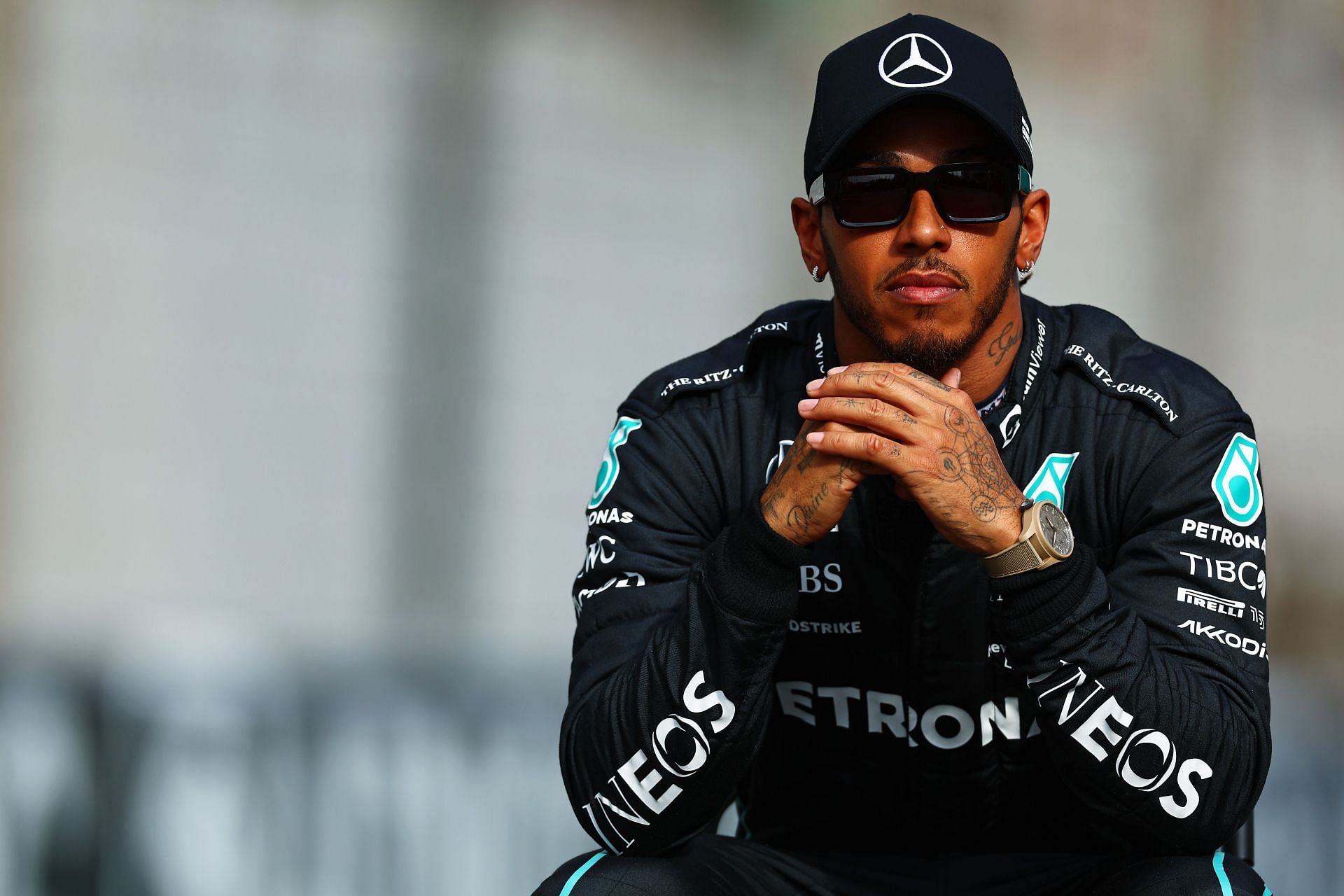 Lewis Hamilton claims he has spoken with Sir Jim Ratcliffe about being a partner in a potential $3.84 billion takeover of Manchester United football club. Sir Ratcliffe is the UK’s wealthiest man and is also a co-owner of the Mercedes AMG F1 team.

The prestigious Premiere League football club was put up for sale by the Glazer family back in November and could likely be bought over by Ratcliffe. Previous comments from seven-time world champion Hamilton have resulted in speculation about a possible partnership between the two English personalities.

🚨 Lewis Hamilton asked about Sir Jim Ratcliffe: “I haven’t had a call from him asking if I want to be involved in that (United bid) just yet. But I do want to get more and more involved in teams because I really do believe in black ownership, there is a lack of it in sports.” ✅

In 2022, the two were part of a consortium that was unsuccessful in buying the Chelsea football club, leading to the Boehly–Clearlake ownership era at the club.

Lewis Hamilton claims that while Sir Ratcliffe hasn’t personally spoken to him about the Manchester United takeover bid, the F1 world champion is interested in a potential move to encourage black ownership in sports. He said:

“I haven’t had a call from him asking if I want to be involved in [a United takeover bid] just yet but I do want to get more and more involved in teams because I really do believe in black ownership – there is a lack of it in sports – and black equity. Again, there is a real lack of that.”

Lewis Hamilton understands why he is Max Verstappen’s ‘target’

Seven-time world champion Lewis Hamilton claims he is Max Verstappen’s ‘target’ due to the success the Briton has enjoyed since 2014. The 2021 championship rivals barely fought it out in 2022 but infamously collided at this year’s F1 Brazilian GP.

Hamilton is sympathetic towards Verstappen’s mentality, claiming he had a similar mindset when he entered Formula 1 back in 2007. The Briton had the worst season of his career since his debut, having not won a single race in 2022.

Just 12 months ago, the pair were battling it out in the closing stages of the 2021 season, highlighting Mercedes’ dramatic fall from grace. Max Verstappen, on the other hand, had his most successful season yet, rewriting the record books with 15 wins in 2022.

Max Verstappen could win every single race for the next 3 seasons and still wouldn’t have as many wins as Lewis Hamilton. 🤯🐐 pic.twitter.com/9T1ZwkOP6v

“Then also just look back at the way those individuals behave on track around me [and it] kind of shows that it is a little bit different to others. I can’t explain fully exactly why [that is], but it is in part for sure to do with the time I’ve had in [in F1] and the success I’ve had.”

“I know because I remember when I got into F1 [in 2007], that the target was someone else who had had the success and my goal was to challenge them. You almost wanted to show how tough you were, you always wanted to show how good you were compared to that person.”

It will be interesting to see whether Mercedes can build a car strong enough for Hamilton to take the fight to Verstappen once again in 2023.