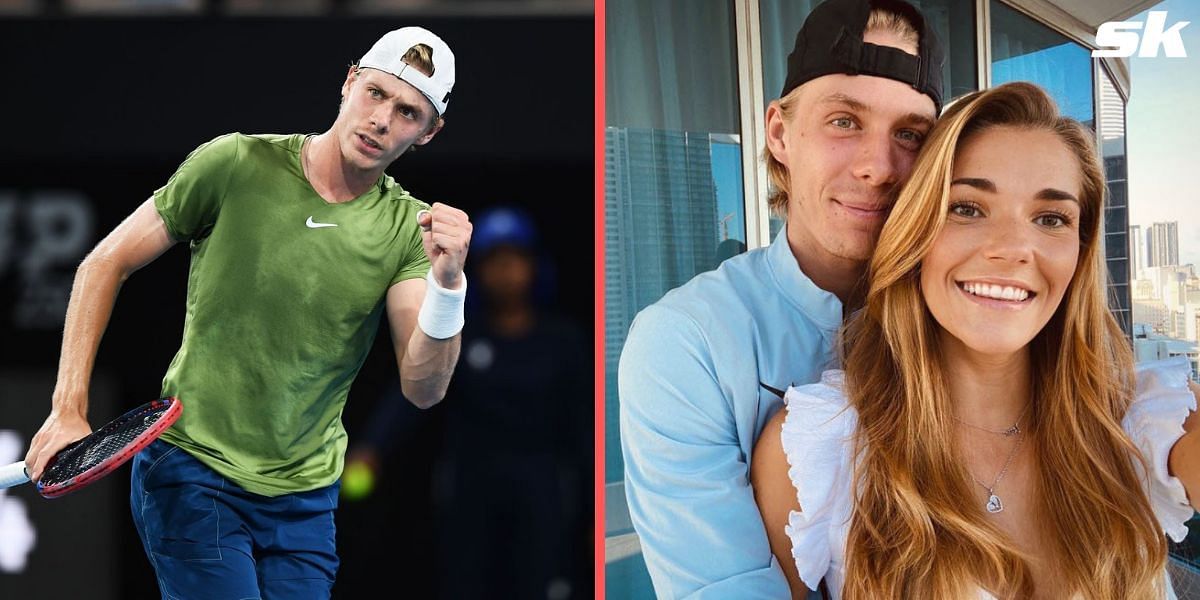 Denis Shapovalov put his coaching skills on display as he helped his girlfriend Mirjam Bjorklund come through her first-round qualifying match at the 2023 Australian Open.

Bjorklund, who is currently ranked World No. 151, faced Ekaterina Reyngold in the first round and won the opening set 7-5 after breaking her opponent in the final game.

The Swede dominated the second set and broke Reyngold twice to win 6-1, thus booking her place in the next round where she will face Japan’s Nao Hibino, who beat Louisa Chirico 7-6(3), 2-6, 7-6(5) in the opening round.

Bjorklund produced a strong service performance, winning 32 out of 42 points on her first serve while claiming 12 out of 20 on her second serve. She hit 19 winners while making 21 unforced errors. It was a good performance from the 24-year-old, who is now one step closer to a maiden main draw appearance at the Australian Open.

Shapovalov was present on the sidelines, not only cheering for his girlfriend but also coaching her from time to time. He later took to social media to congratulate Bjorklund on her victory. 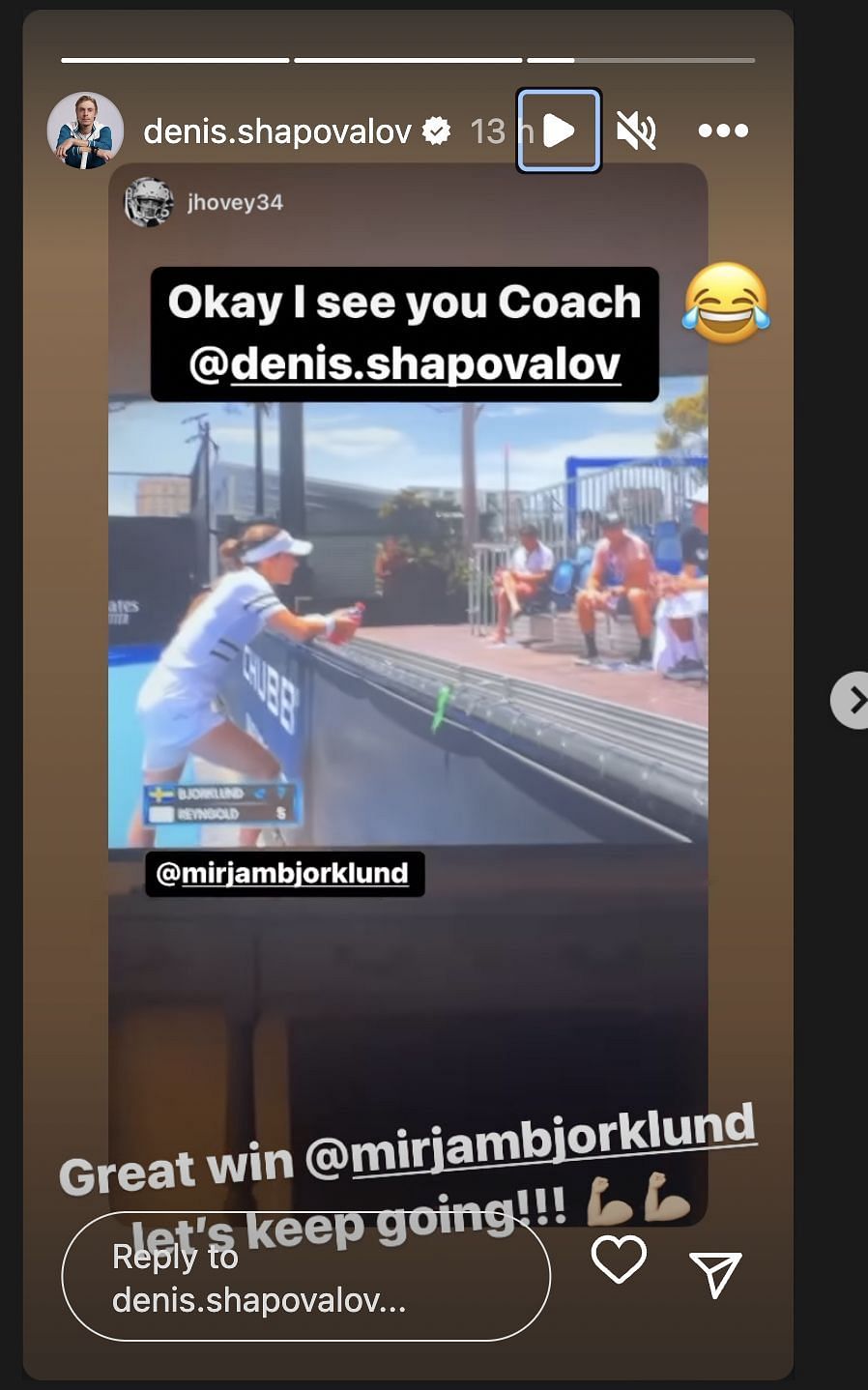 Denis Shapovalov and Mirjam Bjorklund started dating in June 2019 and can often be seen cheering for each other on the court during matches. 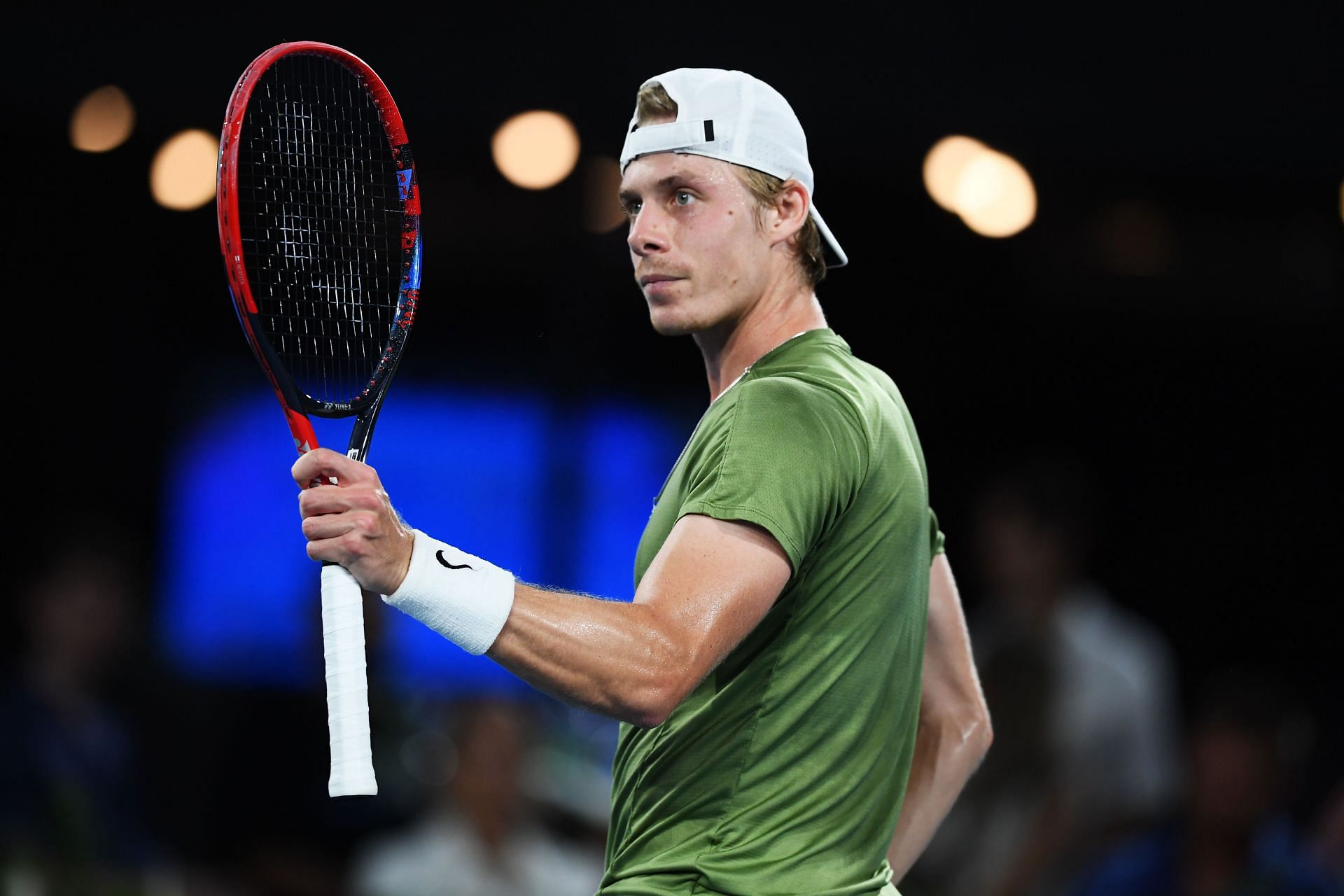 After registering a 34-26 win-loss record during the 2022 season, Denis Shapovalov started 2023 at the Adelaide International 1, where he was seeded seventh.

The Canadian faced Rinky Hijikata in the first round and came back from a set down to win 2-6, 6-4, 6-3. He then beat Roman Safiullin 6-4, 6-3 to set up a quarterfinal clash against top seed Novak Djokovic.

Shapovalov had three break points in the opening set but the Serb saved them all before winning it 6-3. Both players exchanged breaks early in the second set and were tied at 3-3. However, Djokovic made a decisive break and won 6-4 to enter the semifinals.

Shapovalov will not compete in the Adelaide International 2 or the ASB Classic in Auckland. He will next be seen in action at the Australian Open. The 23-year-old had a good run in the tournament last year, reaching the quarterfinals before losing to eventual champion Rafael Nadal in three sets.