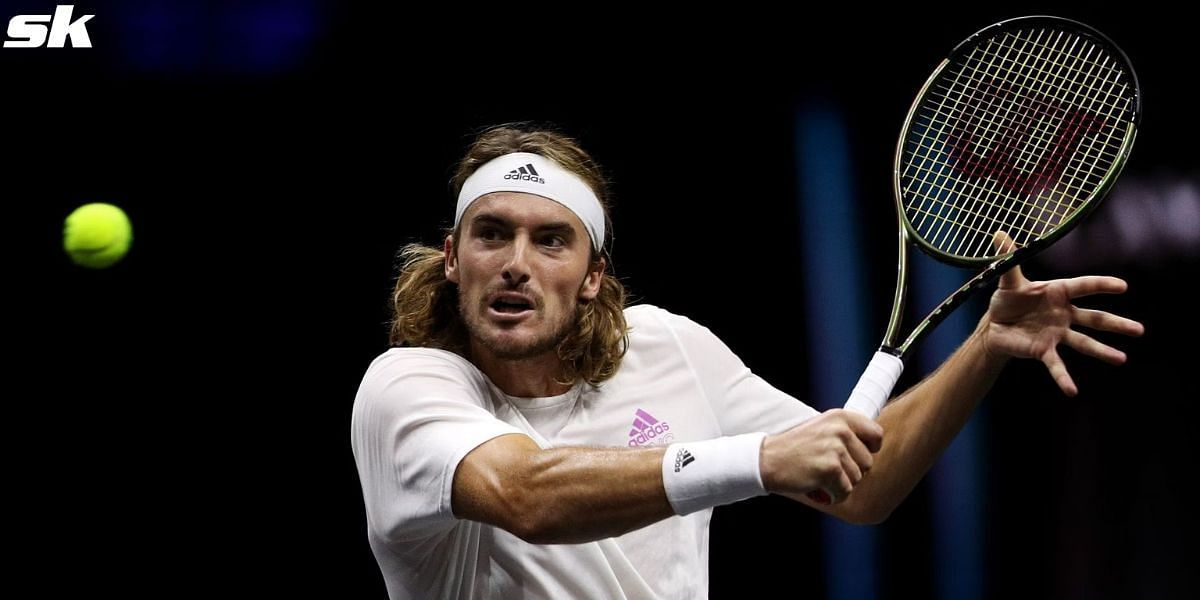 Stefanos Tsitsipas was seen sweating it out in Melbourne as he geared up for the 2023 Australian Open on Tuesday, January 10, sporting the jersey of the national football team of Japan.

World No. 1 Carlos Alcaraz withdrew from the first Grand Slam tournament of the year last week due to a leg injury. This resulted in a change in the tournament seeds. While Rafael Nadal was confirmed to be the new top seed, Casper Ruud moved to the second position, fourth-ranked Tsitsipas became the third seed, and Novak Djokovic moved to fourth place.

The Greek star, who is looking for his first Grand Slam triumph, took to social media to share a few photographs from his practice session, saying that the jersey represented a “connection between sport and the ancient warrior spirit of Japan.”

The jersey represents the connection between sport and the ancient warrior spirit of Japan. A deep cultural heritage of honor, perseverance, and excellence.

It also symbolises the connection between the modern and ancient, the beauty of tradition, and the power of the present. pic.twitter.com/o7YLXsdST8

At the recently-concluded 2022 FIFA World Cup in Qatar, Japan ended up topping its group, despite the presence of strong teams like 2010 champions Spain and 2014 champions Germany.

When Japan reached the knockout stages of the tournament, Tsitsipas was among the first to congratulate them. He lauded their fighting spirit and encouraged them to continue dreaming big.

Congratulations #JPN! You guys are huge fighters with a big heart. Keep putting in the work, keep dreaming big!

Japan’s World Cup campaign came to an end when Croatia beat them in the pre quarter-finals in a penalty shootout. 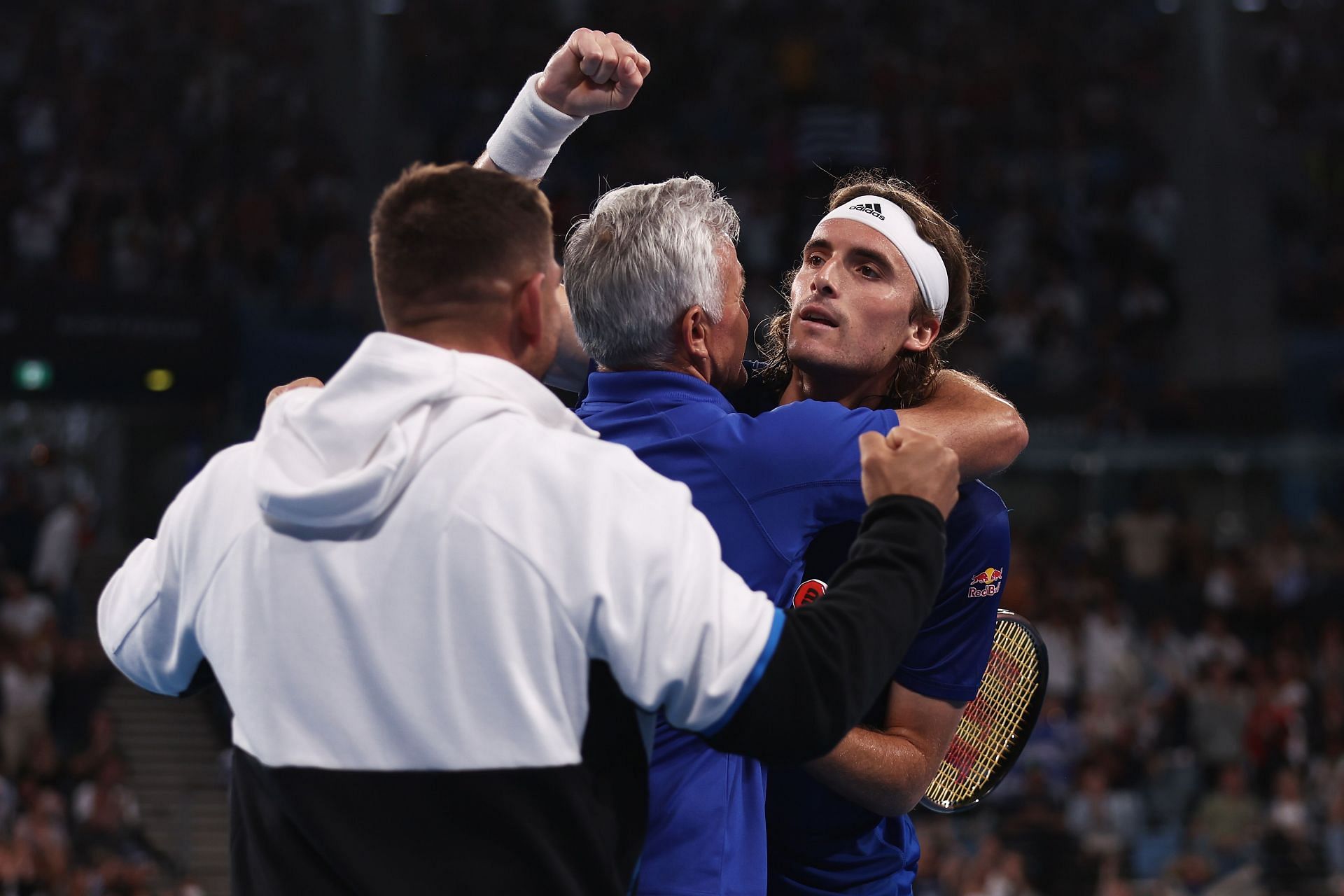 Although Greece failed to reach the final in the inaugural edition of the 2023 United Cup, Stefanos Tsitsipas would be happy with his performance as he won every match that he played.

He started his campaign against 29th-ranked Grigor Dimitrov of Bulgaria, beating him 4-6, 6-2, 7-6(4). He then teamed up with Maria Sakkari to defeat Gergana Topalova and Adrian Andreev in straight sets.

When Greece met Belgium, the 24-year-old defeated World No. 53 David Goffin 6-3, 6-2. He and Sakkari once again won their doubles match in straight sets, this time against Michael Geerts and Kirsten Flipkens.

Tsitsipas prevailed against 23rd-ranked Borna Coric of Croatia 6-0, 6-7(4), 7-5 before partnering with Sakkari to beat Petra Martic and Borna Gojo in the City Finals.

In the semi-finals, Italy defeated Greece 4-1. The only win for Greece came when Stefanos Tsitsipas rallied from a set down against World No. 14 Matteo Berrettini and won 4-6, 7-6(2), 6-4.