Christophe Galtier confirms whether Lionel Messi, Kylian Mbappe, and Neymar are available for PSG vs Angers 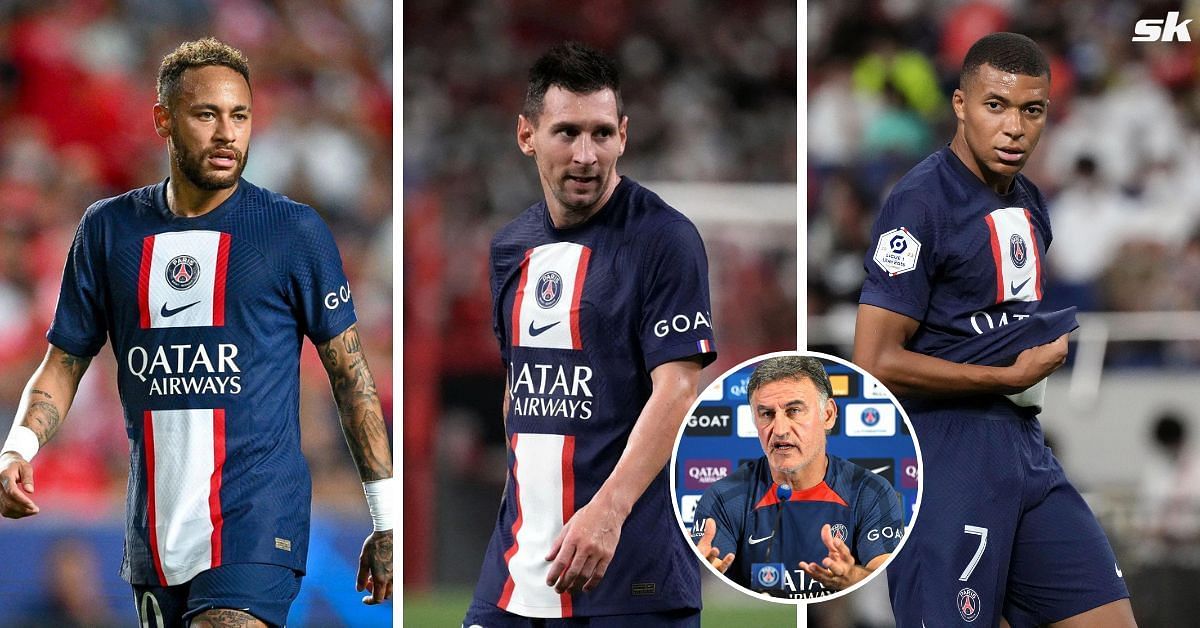 Paris Saint-Germain (PSG) manager Christophe Galtier has given an update on the availability of Lionel Messi, Kylian Mbappe, and Neymar for their upcoming clash against Angers. The Parisians will host Ligue 1’s bottom-placed side on Wednesday (January 11).

The prolific trio haven’t all featured together since the 2022 FIFA World Cup and fans will have to wait for at least one more game before seeing them together. While Messi and Neymar could feature against Angers, Mbappe and Achraf Hakimi will miss the clash.

The duo are yet to return to training after their vacation in New York. Speaking to the media ahead of the game against Angers, manager Christophe Galtier said:

“Neymar, Lionel Messi and Marco Verratti are in training on Tuesday, as is Renato Sanches. Kylian Mbappe and Achraf Hakimi are absent. The return from vacation of the two men is expected in the middle of the week.”

This will be the Argentine’s first game back in action following his 2022 FIFA World Cup triumph, where he also won the Golden Ball. Neymar, meanwhile, was sent off in PSG’s 2-1 win over Strasbourg on December 28. Mbappe featured in both of PSG’s Ligue 1 games after the World Cup before taking his due 10-day vacation along with Hakimi.

The trio have been in sensational form for the French club this season. They have scored 47 goals and provided 32 assists between them in all competitions.

He recently shared his experience of playing alongside Messi, Neymar, and Mbappe. Ekitike said:

“That’s it; I know them now. I can praise them, but we already know the players they are. I think it’s mainly a great opportunity for me because it allows me to learn even if I don’t necessarily realize it in training and it makes me a more ready player and you will soon see that on field.”

The superstar trio have led PSG to a four-point lead over Lens at the top of the Ligue 1 table and the Round of 16 of the Coupe de France.

The Parisians have also reached the Round of 16 of the UEFA Champions League, where they will face Bundesliga giants Bayern Munich.