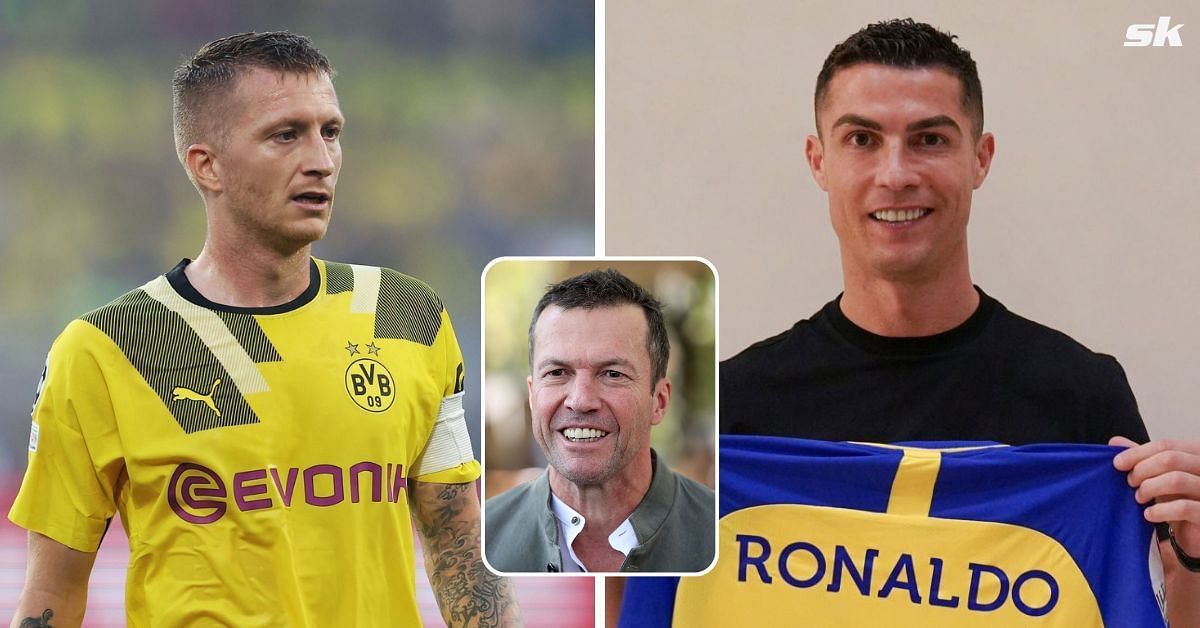 Reus, 33, has been a central figure at Signal Iduna Park for more than a decade, helping his boyhood club lift five trophies in the process. He has also helped BVB finish as Bundesliga runner-up five times and reach the UEFA Champions League final once during his successful stint.

A technical operator blessed with passing and shooting, the German has entered the final six months of his contract at Dortmund. In light of his uncertain future, he has been speculated to follow five-time Ballon d’Or winner Ronaldo to Al-Nassr ahead of the 2023-24 season.

In his Sky Germany column, Matthaus shared his thoughts on the recent transfer speculations involving Reus and Al-Nassr. He wrote:

“I’m not so sure about Marco Reus playing for Borussia Dortmund next season. Apparently, there is interest from Ronaldo’s new club Al-Nassr from Saudi Arabia. And if this club makes an offer, it will certainly be a financial opportunity that Reus will and must think about. I would if I were him. And yes, I can well imagine him cashing in for one more time before the end of his career.”

“He is a Dortmund legend, captain, has given everything for this great club over many years. He’s turning 34 and can’t be sure he’ll be on the pitch all the time for BVB in the future. That’s normal. I think there’s more than a chance that Marco will be hunting for goals alongside Cristiano Ronaldo next campaign.”

Meanwhile, Ronaldo sealed a free transfer to Al-Nassr earlier this month after he had his Manchester United contract terminated by mutual agreement in November last year. Penning a deal until June 2025 at Mrsool Park, he is set to earn around €200 million a year.

Speaking to Bild, Marco Reus admitted that he is prepared to consider all options before deciding on his next destination. He elaborated:

“Of course you look ahead. I only have six months left on my contract. I think if you didn’t think about it, that would be wrong too.”

Overall, Reus has scored 156 goals and contributed 118 assists in 368 appearances across all competitions for Borussia Dortmund so far.