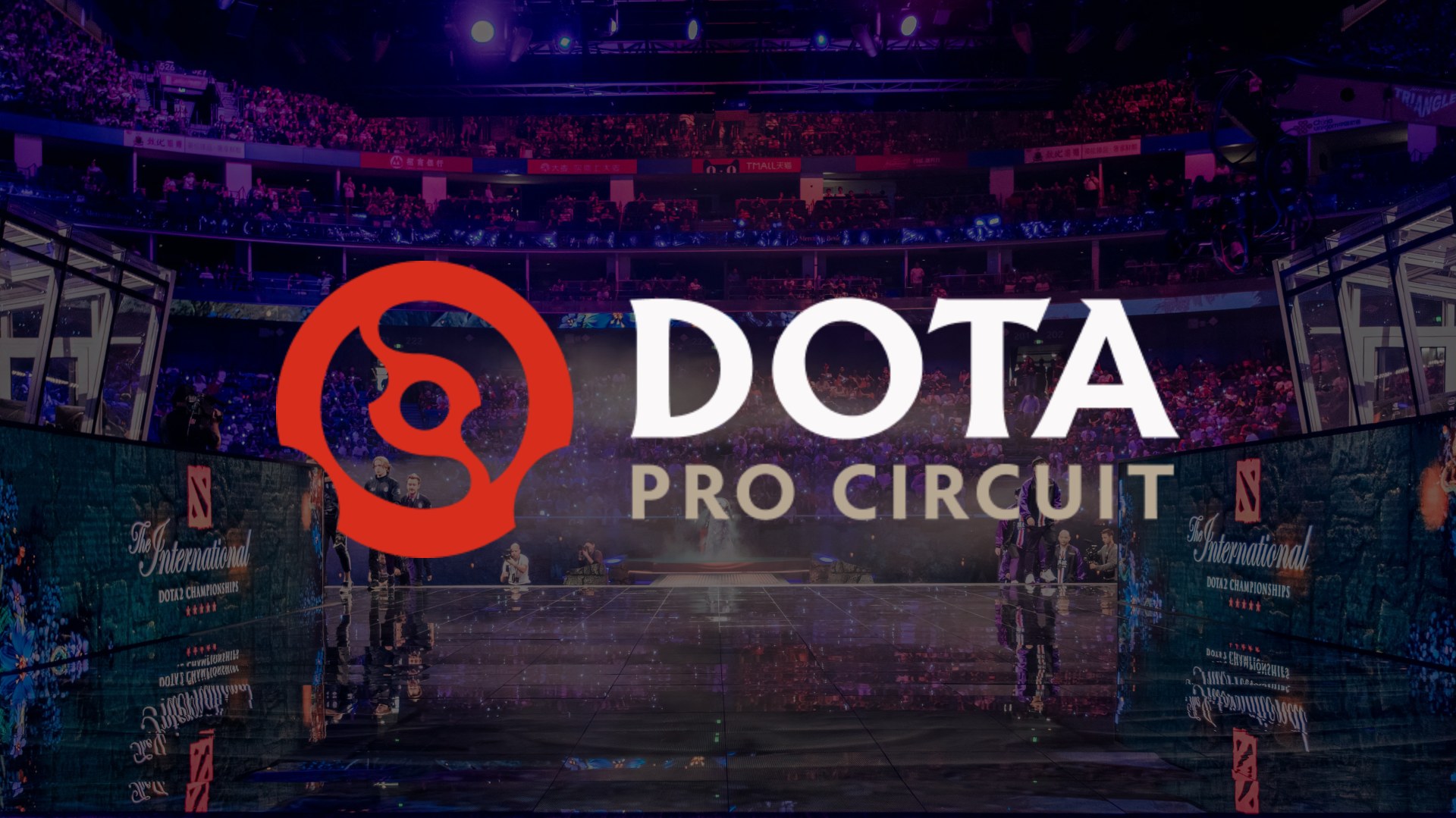 Once upon a time, North and South America were bundled together as one region by Valve for consideration for The International as the latter was considered to be too weak a zone to provide any real competition for the kind of teams present at TI. Just over half a decade after they were “promoted” to have their own fixed slot at the flagship tournament, South Americans have not only secured a top six spot at TI, but regularly give the best teams in the world a real run for their money and are currently ahead of their northern neighbors by every metric.

This means that whether you’re a fan of South American Dota or not, you’re going to want to get to know the teams from that region as they’ll certainly be a part of the biggest Dota 2 tournaments out there.

From being bundled in with a stronger region to actually drawing organizations from Europe and America, South Americans have come a very, very long way. They might not have many teams that are able to compete at the highest level, but their best teams are as good as those from literally any other region — to the point where two of them held top 6 spots on the Dota Pro Circuit table last season. With the post-TI shuffle essentially mixing up their 10 best players into two new teams, the time is ripe for a new power to rise while these two sort out their bearings.

Without any further ado, let’s take a look at what the region’s got to offer for the first tour of the 2021 DPC. Here are the eight teams in the division.

It’s not everyday that a team has to acquire an entirely new squad shortly after exceeding all expectations to place 5th-6th at TI, but such has been the fate of Thunder Awaken. 2022 was a fantastic year for the Peruvian giants, who aced every single DPC tour, placed 5th-6th at the ESL One Stockholm Major, and lastly, had an amazing TI where they came within a hair’s breadth of breaking into the top four. The only blemish on their record from the year was getting knocked out in the Group Stage of the Arlington Major.

Sadly for Thunder Awaken, though, their members split up and distributed themselves alongside former beastcoast members between the latter organization and Evil Geniuses, which prompted them to acquire an entirely new squad with other players from the region. With five relatively inexperienced players on board, it’ll almost certainly take a while for the team to settle in and form the kind of chemistry required at this level. It might be a while before we see Thunder Awaken roar again, especially on the biggest stage.

What a year it’s been for beastcoast. The little Peruvian clan that could didn’t win any of their three regional DPC tours, but they did win a Regional Final, and more importantly placed 5th-6th at two different Majors before a 7th-8th placement at TI11 — which is their best so far. They were one of the most consistent teams across all the notable events, marking the first time a South American side had shown such grit and consistency. Most importantly, their games were fascinating to watch with dynamic drafts and fantastic teamwork.

After sticking together for over 3 years, the Peruvian quintet that formerly made up beastcoast finally broke up last year only to reform teams with players from their rival organization Thunder Awaken. Three players from beastcoast — Stinger, Scofield and K1 — remained on board, and we’ll find out in a few days how they fare teaming up with former enemies, just as we’ll find out how the ones they left out, Jean “Chris Luck” Salazar and Adrián “Wisper” Dobles, do on EG with the other three ex-Thunder Awaken members.

After playing third fiddle to both beastcoast and Thunder Awaken(and its iterations) for three years, Infamous might finally have a shot at getting back to their glory days following the splitting of the aforementioned squads. Those new to the Dota pro scene might not know this, but Infamous were the first South American team to crack the Top 8 at TI, coming 7th-8th after beating the likes of Keen Gaming and Newbee on the way. Since then, however, they haven’t met anywhere near that kind of success — they haven’t even reached another TI.

Since losing out to Hokori in the Grand Final of the South American Qualifier, and crashing out early in the Last Chance Qualifier, Infamous have gone on to replace their entire squad. The new one has plenty of experience, with four of the players having been on the pro scene for several years, with one hotshot newcomer from Balrogs completing the squad. There’s tremendous potential in the team, but whether that will translate into results is another story. Thus far, their results at two different lower-tier events have been far from promising.

No doubt inspired after watching Hokori’s performance at TI11, TI3 winning organization Alliance decided to set up a branch in South America to make the best of the immense scope and ability the region has. This squad was the dark horse of TI11, with almost all experts and predictors assuming they wouldn’t make it to the main stage. Not only did they make it, but they almost made it to the Upper Bracket, taking games off of the likes of BetBoom Team, BOOM Esports, Gaimin Gladiators, PSG.LGD, and OG while beating Royal Never Give Up and Soniqs.

Alliance.LATAM favors fast-paced, teamfight-based drafts and are especially strong in the mid-game, but lack the kind of finesse and maturity that comes with years of competition at the highest level. With their organization’s guidance and resources, the team will get much more support to build on their existing skill, and with the SA scene relatively open at the moment, they have a real shot at becoming the dominant force in the region. With their European counterpart stuck in the doldrums of Division II, they will essentially be the face of their organization for now.

It’s never easy to part with long-term teammates no matter how green the grass on the other side looks, but such is the position that the current members of EG find themselves in. We’ve already mentioned how the formation of the team came about, but the real question is whether they’ll be able to put aside their differences and unite against a common enemy — their old friends. It’s the hard-hitting anime-esque story arc that few expected, but everyone following Dota is absolutely hyped about.

It’s important to provide context regarding the big blue team’s move down south. The TI-winning organization, despite having won two out of three local DPC tours in NA last season, was dreadful at every single major Valve event. They bowed out in the Group Stage in Stockholm and finished 9th-12th in Arlington before an identical result at TI despite a dominant Group Stage and Upper Bracket start. This came on the back of another 9th-12th place finish at last TI, which made the EG top brass consider a move to a region with a better player pool.

Keyd Stars started out long before South America’s rise to prominence, but a lack of opportunities and growth saw them shut their doors over 6 years ago. Now they’re back with a bevy of top-tier Brazilian talent — all of whom have been to TI, but never past the Group Stage. Anyone with interest in South American Dota will recognize their names, but also remember how they have historically lacked the discipline and teamwork to be truly competitive at the highest level.

The organization has a big presence in Brazil with involvement in other games, but they’ve come back to Dota 2 in light of the rise of the region. Keyd Stars have picked up pretty much the entirety of the former Wolf Team squad, with the only exception being recruiting ex-nouns Carry Costabile instead of William “hFn” Medeiros. The squad still has plenty of work to do in order to compete with the might of the Peruvian teams, but at least they’re not lacking in experience.

Since their founding back in early 2021, Peruvian and Costa Rican joint venture Infinity have found themselves in a strange place. They ace the Lower Division/Division 2 with ease every time they take part in it, but either can’t handle the strain of the top tier or barely manage to hold on. They were relegated at the end of last year’s final DPC tour, but were thrown a lifeline in the form of Tier 1 team Tempest disbanding. Now they have to find a way to hold their own against the more established sides.

Almost entirely scrapping their Peruvian-Argentine squad from yesteryear, Infinity have kept only Prada, recruited Genek once again, and brought over Frank Leostyle and Parker following their release from Infamous. This makes four highly experienced players on the team, with Genek being the relative greenhorn with just over a year of pro games under his belt. This combination of experience and youth isn’t novel, but it’s much more usual to see the young player in a role requiring faster reflexes such as Mid or Carry.

Another team to have been founded last year, Ravens made it past Division 2 on their second attempt, and are about to have their first taste of top-tier Dota 2 this DPC. They have only ever played Tier 3 or even Tier 4 tournaments, so although they’re undoubtedly talented, it’s highly likely that its players will require some time to get with the Division 1 program. Once again, we have a team that needs to just focus on staying up for the time being.

Mostly content with their squad for the moment, the Peruvian side has made just one change to their roster since last year, bringing in Midlaner PiPi in their previous Mid’s stead. This keeps the balance of stalwarts and youth in the team the same as before, and with the immense experience offered by Offlaner Benjaz, who has been playing for almost a decade, Ravens have all the makings of a top tier side. All they need to do now is make the squad click and keep their nerves in check.

That’s it for our analyses of the many teams — new and old — of the current DPC season, but make sure to catch up with us for weekly recaps of every DPC tour from around the world.