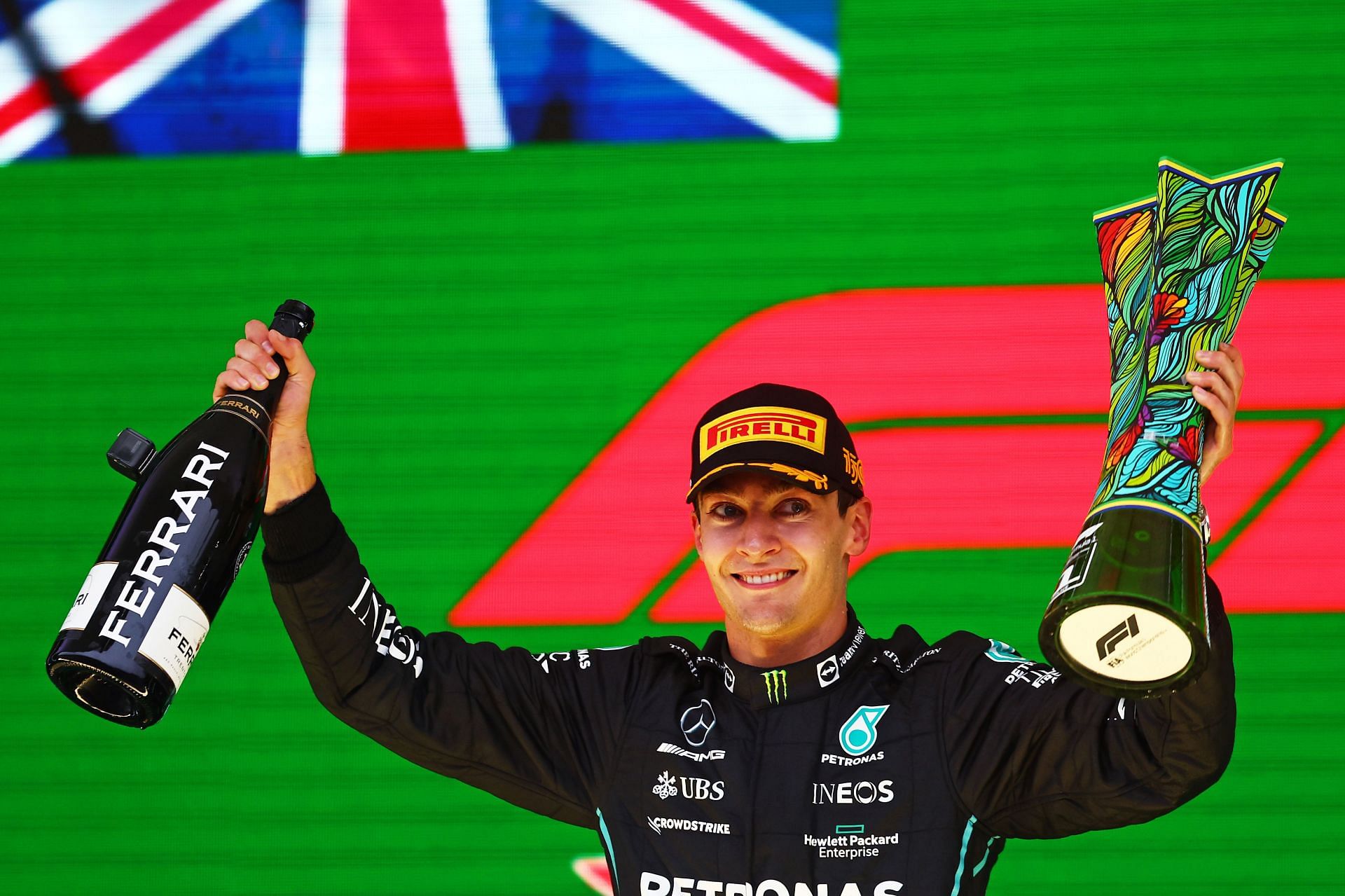 George Russell recently spoke about how heavier Formula 1 cars are not always safer.

In the 2022 F1 season, cars weighed around 798kg, becoming the heaviest cars in history. However, the young Briton explained how weight can affect the car.

George Russell explained how heavy F1 cars are poor in low-speed corners and sections of the track. Though the weight prevents the cars from flipping and flying off the ground during a crash, the impact they create after crashing into the barriers is quite strong as well.

The Briton also compared how older F1 cars that were much lighter will have lesser impact during a crash when compared to heavier modern cars. Russell said (via Autosport):

“The big one [issue] is the weight. The weight is extraordinary. At the moment, the low-speed performance is not great. We keep making these cars safer and safer, but obviously the heavier you make them when you have an impact it’s like crashing with a bus compared to a Smart Car.”

“You’re going to have a greater impact if you’re going the same speed with a car that weighs 800-odd-kgs or over 900kgs at the start of a race, compared to one 15 years ago when they were at 650kg.”

“The weight is extraordinary. At the moment, the low-speed performance is not great. We keep making these cars safer and safer, but obviously the heavier you make them when you have an impact it’s like crashing with a bus compared to a Smart Car.” – George Russell 👉 #F1 pic.twitter.com/9hoe5zfDMm

Reiterating his point, George Russell spoke about how teams need to strike a balance between weight and safety to keep both of them in check. He pointed out that if cars keep gaining more weight, safety will eventually take a dip. He claimed:

George Russell on dealing with social media attention and pressure

George Russell is one of the most popular drivers on the grid, especially after joining Mercedes in the 2022 F1 season. Hence, there has been a lot of talk about him on social media, both positive and negative.

In an interview with The High Performance Podcast, the Briton explained how he tries to deal with the ruthlessness of social media and cope with the pressure. He said:

“But I think the biggest one, probably, for me, is that public perception and social media side, which is a tough one, and I think that’s also relatable to people who aren’t in the spotlight, because social media is a pretty ruthless platform.”

Dear 2022 – thank you for the memories, for the challenges, for the smiles, for the struggles, for the victory, for the defeats. You’ve been a hell of a year for many different reasons, but one I’ll forever remember. Cheers pic.twitter.com/Rt4lDAIkAK

Despite Mercedes having a tough season in 2022, George Russell came on top and delivered by winning his first Formula 1 Grand Prix in Brazil and finishing ahead of his teammate Lewis Hamilton.