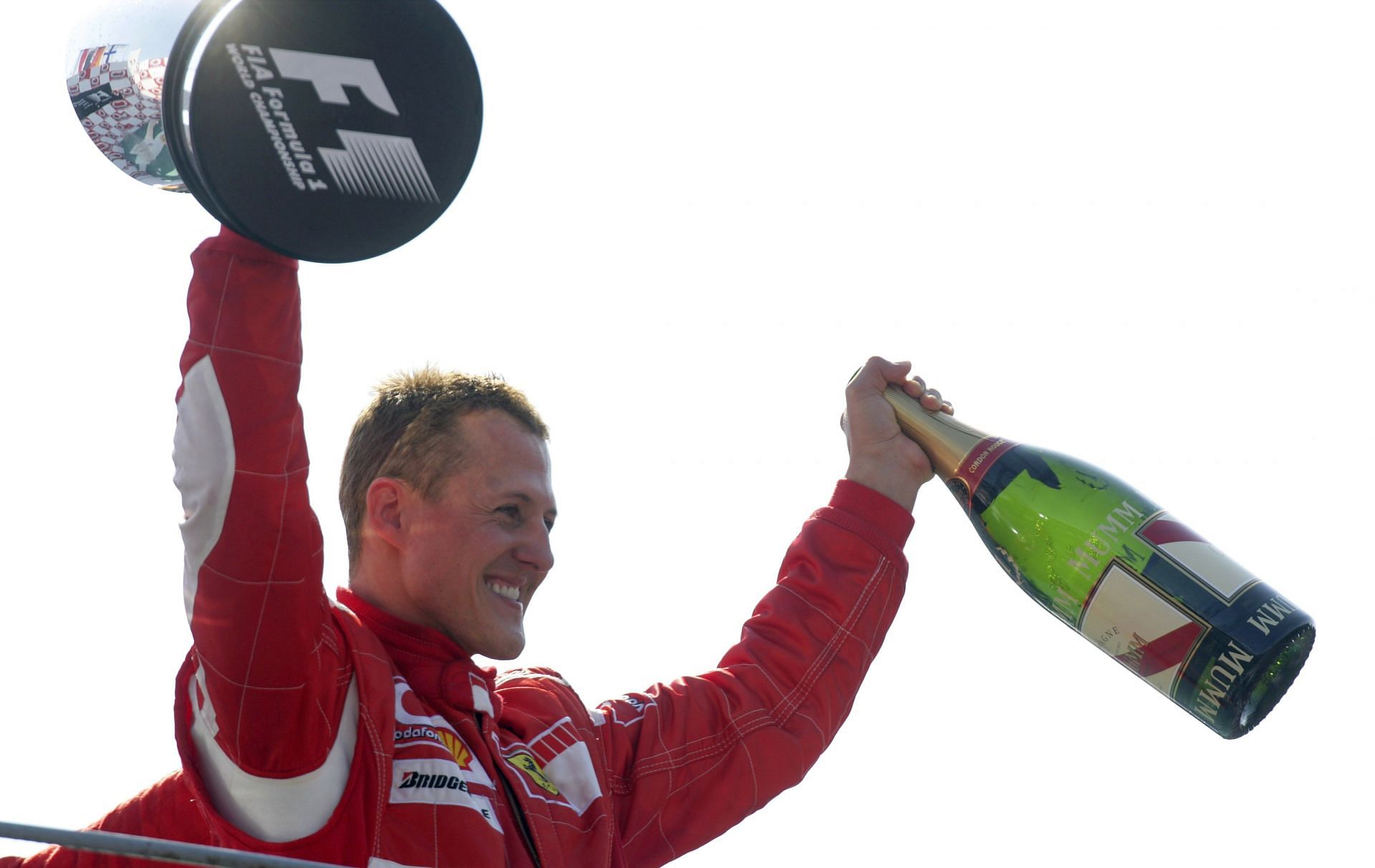 Michael Schumacher is considered to be one of the greatest drivers in F1 history. The German driver won seven world titles with Ferrari between 1994 and 2004. Though he temporarily left the sport in 2006, he was quite close to the Italian team. Since he was extremely successful as a driver and had heaps of experience, Schumacher was offered the position of Ferrari’s team principal in 2008.

Ferrari’s team principal at the time, Jean Todt, spoke to the German press, declaring how Schumacher had rejected the offer. Todt and Schumacher had an extremely strong relationship as both won multiple drivers and constructors championships with Ferrari. He said:

“Michael Schumacher was the best candidate of all, but he has not accepted.”

Michael Schumacher and the Ferrari pit wall during the qualification of 2008 Monza Grand Prix 🥺
pic.twitter.com/xi6WV47Zi2

After the seven-time world champion rejected the offer, Stefano Domenicali, F1’s current CEO, was appointed as the team’s new sporting director. Domenicali remained at the helm of the team from 2008 to 2014, during which Ferrari struggled quite a lot. After a long dominating era led by Jean Todt and Michael Schumacher in the early 2000s, the scarlet team was only able to win one constructors’ championship under Domenicali.

Since 2007, Ferrari has struggled to rise to this day. The trio of Jean Todt, Ross Brawn, and Michael Schumacher is still remembered and cherished by the Tifosi army.

Karun Chandhok, a former F1 driver-turned-TV presenter, recently spoke about his first encounter with Michael Schumacher. Back in 2010, Chandhok was in his rookie year, while Schumacher was a star on the paddock who returned to the sport with Mercedes after winning seven world titles with Ferrari. Despite the differences, the German humbly spoke to the young Indian driver and had a brilliant conversation with him.

Speaking on the Beyond the Grid podcast, Chandhok said:

“This was Michael making his return to F1, he was the biggest star at that time, you’d have to say he’s bigger than Lewis [Hamilton], Fernando [Alonso], all these guys at that time. And I was a nobody, right? But he actually walked up to me and introduced himself to me, as if he had to, and said ‘welcome to F1’. And we had a conversation, where are you from? And asked a bit about my background, we had a really polite conversation. He didn’t need to do that.”

Canadian #F1 GP weekend… Here’s one from 2010 – on track alongside the great Michael Schumacher…. #TurnBackTime pic.twitter.com/XugnaHOabD

Chandhok also mentioned how he recently told this story to Michael’s son, Mick Schumacher. The former F1 driver expressed how much he cherishes his conversation with the legend, saying:

“I told Mick [Schumacher] this story as well, when he came to me, and I said, I really appreciated that as a young kid coming into F1 with a guy who was on my bedroom wall. That meant a lot and still means a lot even today.”

Although Michael Schumacher made a grand return to F1 in 2010, he had little to no success in the sport, especially when compared to how dominant he was with Ferrari. He didn’t win any races or championships with Mercedes and soon retired permanently in 2012.