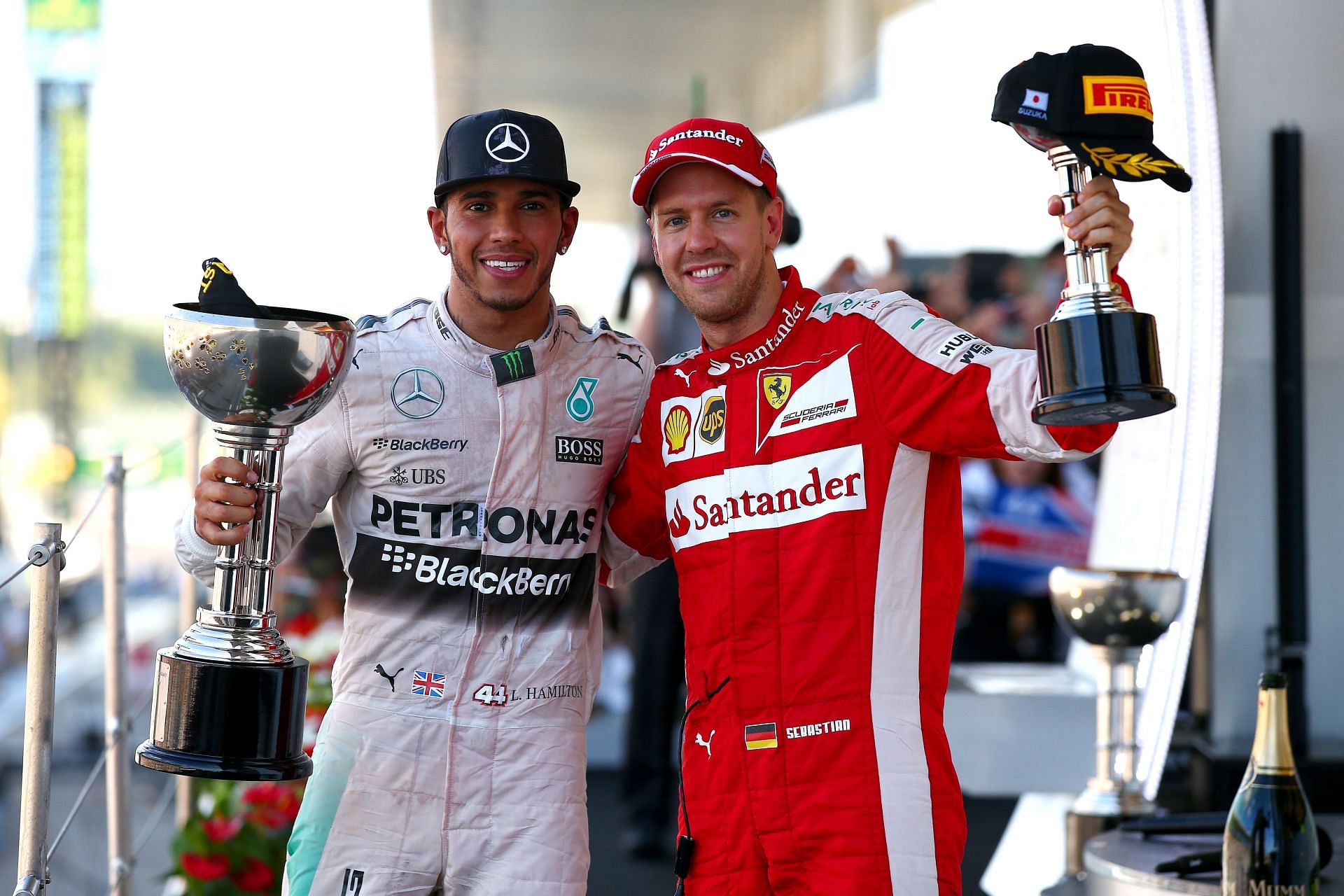 Lewis Hamilton and Sebastian Vettel infamously collided at the 2017 F1 Azerbaijan Grand Prix, resulting in the Briton hailing Vettel’s driving as ‘disgusting’. The Mercedes driver allegedly ‘brake tested’ Vettel, leading to the German driving into the side of Hamilton.

On this day in 2017, Sebastian Vettel and Lewis Hamilton collided in Baku.

Sebastian felt that Hamilton had brake tested him on the safety car restart.

Sebastian was later given a 10 second stop/go penalty for the incident. pic.twitter.com/rp3zB2bJt8

Vettel was given a 10-second stop-go penalty for allegedly driving into Hamilton in Baku in retaliation after the Briton ‘brake tested’ the four-time world champion in sector 3. The seven-time world champion felt like the punishment given to his 2017 title rival wasn’t harsh enough and that the rest of the grid could effectively get away with their actions given the FIA’s trivial penalties. At the time, Lewis Hamilton told Sky Sports:

“The fact that that’s the only kind of result [the penalty] you could get from such disgusting driving, that means for the whole paddock we can all drive like that and you can still score fourth place and still get away with it. I don’t really know what the penalty for that kind of driving is because I haven’t come across that in terms of wheel-to-wheel battling with anyone. I can’t really remember coming across that, particularly in Formula 1. It’s just not sportsman conduct.”

Sebastian Vettel later apologized for his actions, claiming he ‘overreacted’ to the incident in Baku. The German, however, feels the now-infamous incident allowed him to get closer to his rival Hamilton.

Veteran F1 reporter Mark Hughes claims neither Max Verstappen nor Lewis Hamilton is to blame for their infamous clash at the 2022 Brazilian GP in November. The 2021 title rivals collided at Sao Paulo, going into the Senna Esses.

Verstappen received car damage and a five-second time penalty for allegedly being at fault against Hamilton, his 2021 rival. Hughes, however, believes neither driver was at fault on that particular occasion as both drive differently when racing against each other.

A memorable Brazil GP gave us some 2021 season vibes with a collision between Max and Lewis. Max’ race was ruined, I still don’t understand the 5 sec penalty and Lewis finished 2nd with a Merc 1-2 😔
Lewis was at fault 😏 pic.twitter.com/35JisUXSrR

Hughes noted that the Dutchman leaves a lot more room when battling against Charles Leclerc as compared to Hamilton, perhaps given their previous animosity. The Briton also claims Hamilton is sometimes inconsistent when racing against the two-time world champion, leading to frequent collisions between the two.

With Mercedes tipped to be back in form for the 2023 season, the two 2021 rivals are likely to have more encounters against each other this year.