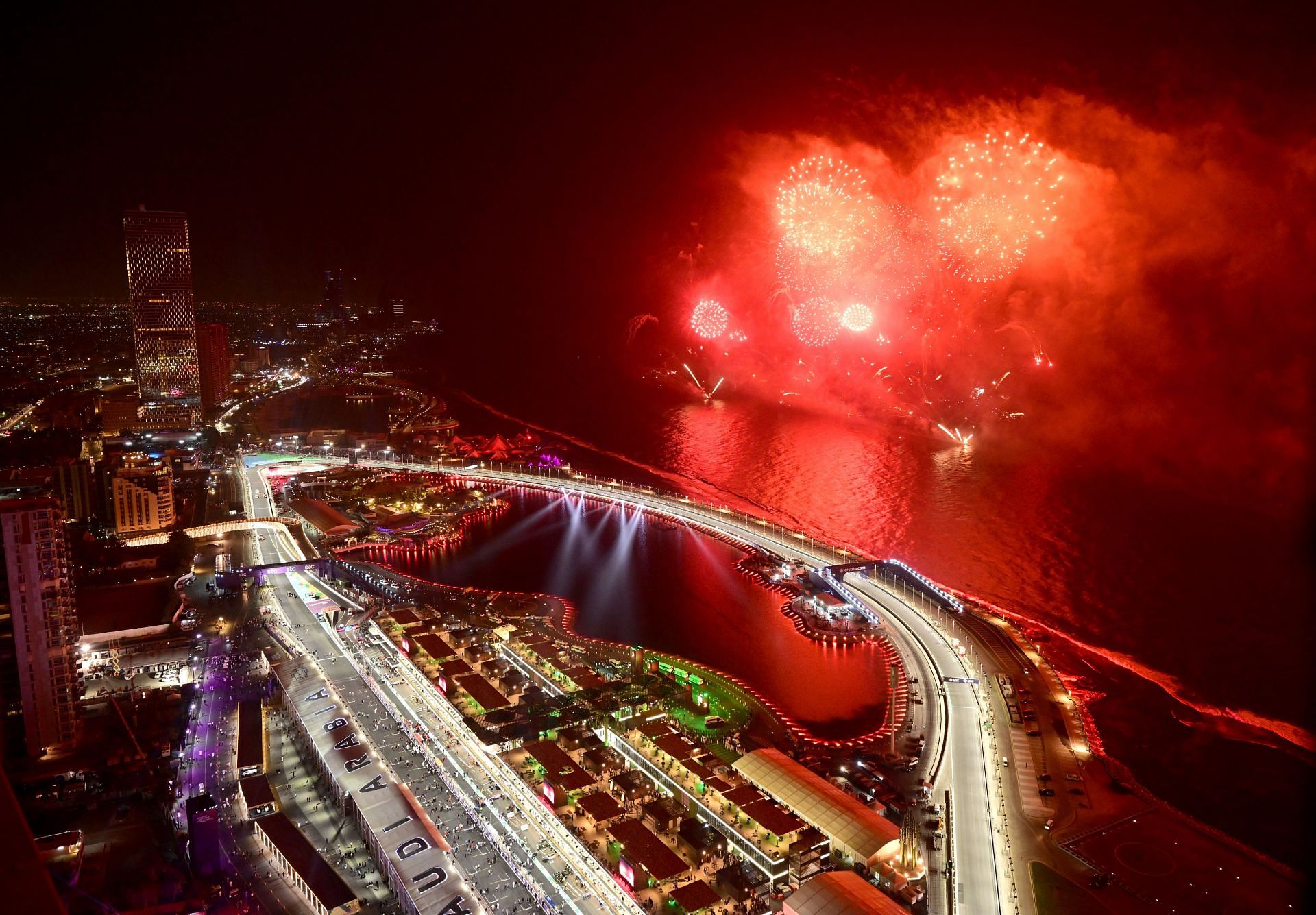 Saudi Arabia hopes to have F1 teams such as McLaren and Aston Martin set up operational bases in the Arabian nation, potentially making it the new home of the sport. Currently, seven out of the 10 teams have their bases in England, making the small nation the home de facto home of the sport.

The @SaudiArabianGP car livery has been revealed #F1 #Formula1 #SaudiArabia

The F1 Saudi Arabian GP is now a constant on the sport’s calendar and is reported to soon replace the Bahrain GP as the sport’s season opener. However, if Prince Khalid, the president of the Saudi Automobile and Motorcycle Federation, has his say, the Arab nation will soon be a big name in the sport. The Prince claims the nation has “big companies that can help the future of the sport.” As the country holds an investment fund holding stakes in Aston Martin and McLaren, these two F1 teams are a top priority for the nation.

“This is what we are hoping for and this is what we are working for. Hopefully we can bring one of the big manufacturers. With all the investing we are doing in cars — the private investment fund bought shares in McLaren and Aston Martin — we are heading that way. Hopefully we can open and bring headquarters to Saudi Arabia or we hire people that can help us manufacture cars or technology, to create our own brands and have our own IPs [intellectual property rights].”

Mercedes boss Toto Wolff claims F1 can have a positive social impact by racing in the Middle East. The Austrian executive believes traveling to Middle Eastern countries will put a public spotlight on the various issues that run amok in such countries. Wolff said in Abu Dhabi:

“I’m still of the belief that when you have such a big sporting event in a country, it puts the spotlight on that country. I think that can trigger change, because things can’t be hidden any more. And that’s the kind of positive that I think a sport can do.”

Mercedes team boss Toto Wolff believes racing in the Middle East can have a positive effect on culture in countries such as Qatar, the United Arab Emirates and Saudi Arabia. From 2023, Qatar will host a fourth race in the Middle East.https://t.co/Nyn528sBs4

“Things are being addressed. Is it like we want it to be? No. Is it the kind of cultural standards that we have in Europe? Maybe not. Where we go, and the people I speak to, I see process and I see change. That’s maybe because we are Formula 1, where we go may be different, but I see that we have an impact.”

F1 has come under considerable scrutiny from groups around the world who believe that racing in the Middle East is like turning a blind eye to all of the issues that these countries tend to have. Countries like Qatar, Saudi Arabia, and UAE are notorious for their poor human rights records and treatment of the LGBTQ+ community. It will be interesting to keep an eye on what drivers such as Lewis Hamilton and company have to say about the sport’s decision.

It will also be interesting to see whether Saudi Arabia will become the new home of the sport in the future.