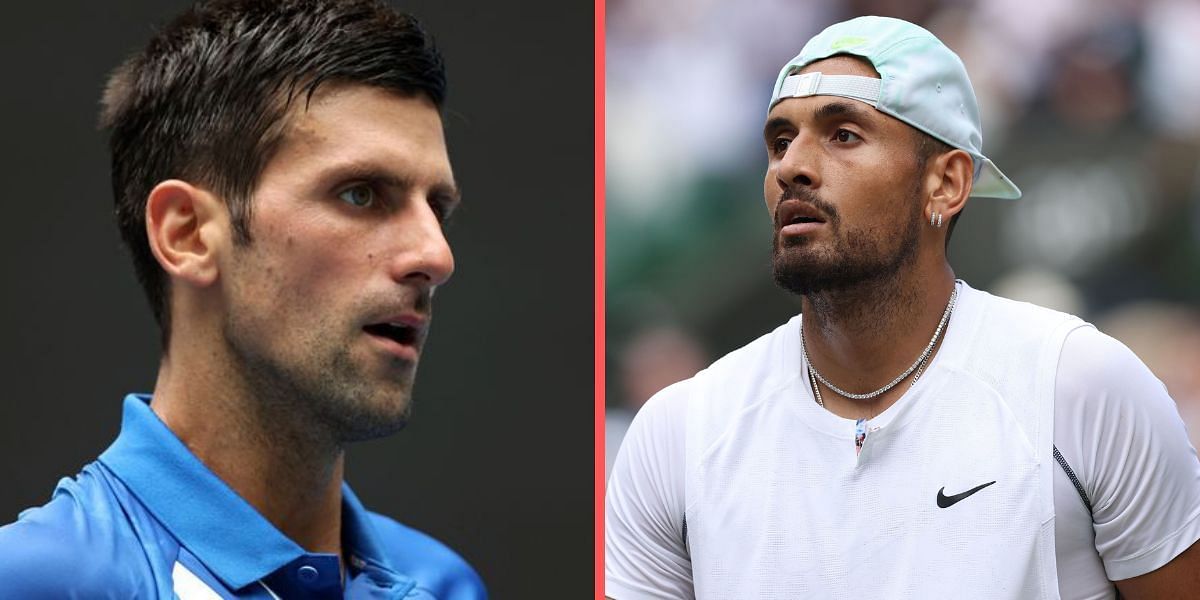 The Australian Open’s announcement of a chargeable practice match between Novak Djokovic and Nick Kyrgios has been met with criticism from tennis fans.

The Australian Open organizers announced on Monday, January 9, that the 2022 Wimbledon final opponents Djokovic and Kyrgios will be facing off against each other. The practice match will be held a few days before the Australian Open on Friday, January 13 at the Rod Laver Arena.The declaration about the practice match was accompanied by a mention of a ticket price of $20. Meanwhile, practice sessions of other tennis players are charged at $5.

The Australian Open is also organizing a charity event called “Tennis Plays for Peace” in support of Ukraine during the on-going war. This event is expected to be held on January 11, with many tennis stars including Rafael Nadal, Coco Gauff, Frances Tiafoe, Maria Sakkari Alexander Zverev, Alex de Minaur set to take part in it, with its tickets being priced at $25 for adults.

The practice battle between Novak Djokovic and Nick Kyrgios, differently titled “The Arena Showdown” as well as other practice matches, will not be a part of the charity for peace.

The Australian Open organizers, later mentioned on the tournament website that the collections for the practice match will instead be donated to Australian Tennis Foundation — the official charity of Tennis Australia and the Australian Open.

However, due to the less publicized information about the proceedings being donated to a charity, as well as the overall idea of practice matches being charged an entry fee, tennis fans were quick to express their displeasure. Many fans were also unhappy about the event being headlined by Novak Djokovic and Nick Kyrgios, who have been embroiled in controversy of late.

“A ticket sale for a practice?? Seriously? USO never charged for Rafa’s practice except for a free pass that you get from a website. Just utterly preposterous!” one fan said.

A ticket sale for a practice?? Seriously? USO never charged for Rafa’s practice except for a free pass that you get from a website. Just utterly preposterous! https://t.co/h3i747TYVW

“Imagine promoting two highly problematic people like this. Glad you support abusers and anti vaxxers. Get in the bin,” one fan remarked.

Here are a few more reactions from fans:

To charge people to see a NK match practice is laughable, this is the same guy who keeps repeating he doesn’t put an effort in training sessions. But at second thought I have to say there could many people who would like to see this circus. https://t.co/ZX3PmsNJJa

Charging punters for a practice match.. #AusOpen.. anyway to make a buck .. https://t.co/adQiBB8KHs

20 bucks for a practice set you can see at a Masters 1000 practice court… https://t.co/1VRzGzOdVK

Is this for charity at least?https://t.co/FOosIsm8hw

When did they start promoting these practice matches this way? Will this one have a chair umpire and line judges, etc.? Will Djokovic and Kyrgios be paid for this practice session since the tournament is making money off this? https://t.co/FtetQpnSlL

Graphics and $20 tickets for a practice match? Wild. https://t.co/hthaLB7jqe

you better not be selling tickets FOR PROFIT? for a practice match https://t.co/AVfvCNJtEM

This is such a cash grab. Why Nole just rest up 😩 https://t.co/RwsmUkp9Cp

Is this even allowed??? Like I’m genuinely curious. I know players have practice matches all the time but why are they selling tickets for it?? That’s such a money grab and disgusting imo https://t.co/iHTEuhMKoD

Maybe draw them in the first week instead of this nonsense https://t.co/Bo7knkoQbZ

Me thinks this has been purposely timed to coincide with the release of Netflix: Break Point on 13/01 – First episode focuses on Nick Kyrgios.

I’d rather watch an escalator going up and down for the entire day than anything involving Kyrgios https://t.co/CSqMaksMXG

The way they know NK isn’t going to get far enough in the tournament to actually get this match up so they have to manufacture it. Couldn’t think of a worse match to watch https://t.co/htJtA2x93z 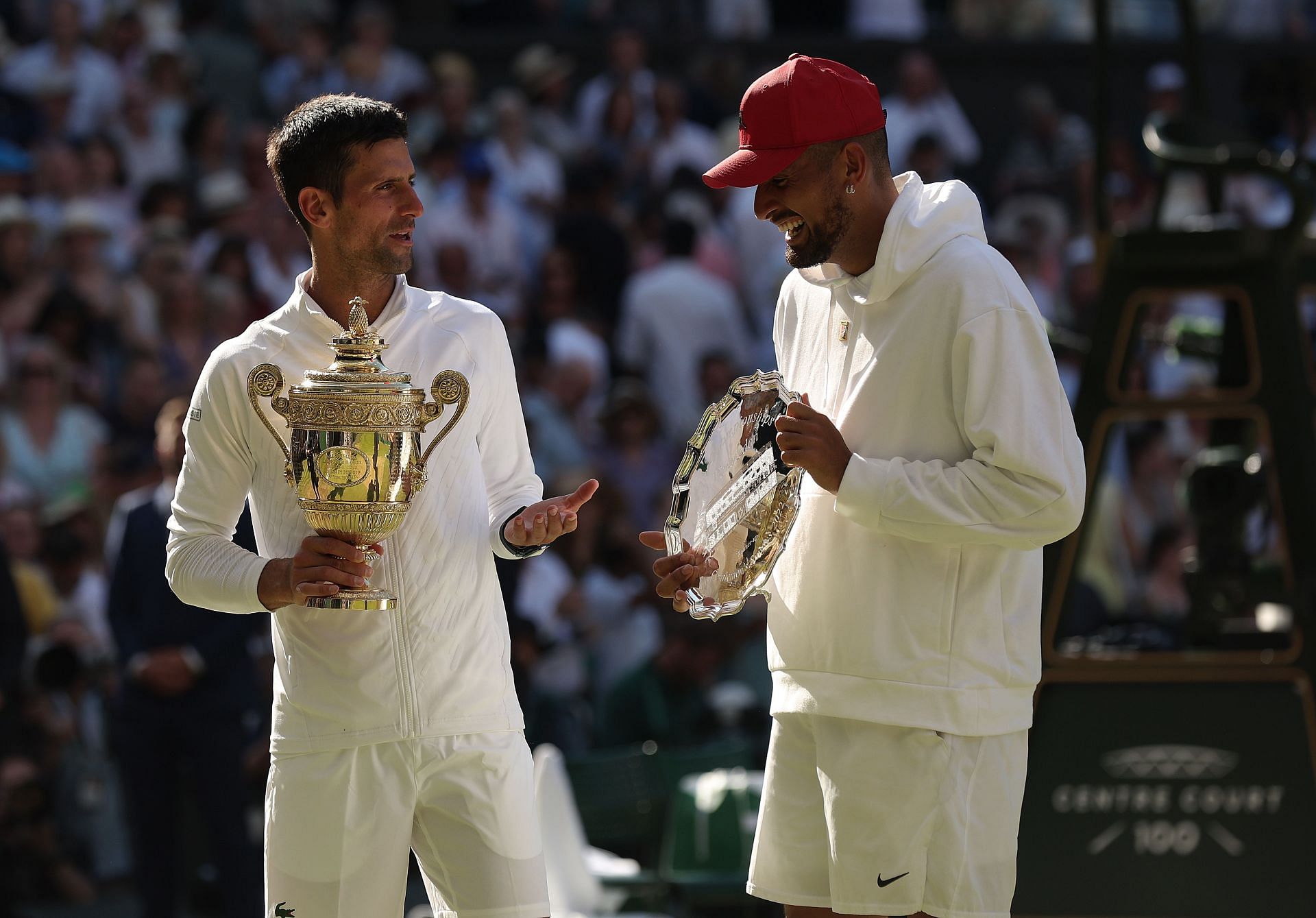 While the news of “The Arena Showdown” practice match before the Australian Open being charged $20 wasn’t appreciated by tennis fans, the Serb and the Aussie have remained upbeat and are looking forward to a thrilling clash.

Novak Djokovic, who won his 92nd career title on Sunday at the Adelaide International 1, expressed his excitement about sharing the court at the Rod Laver Arena with Kyrgios on January 13.