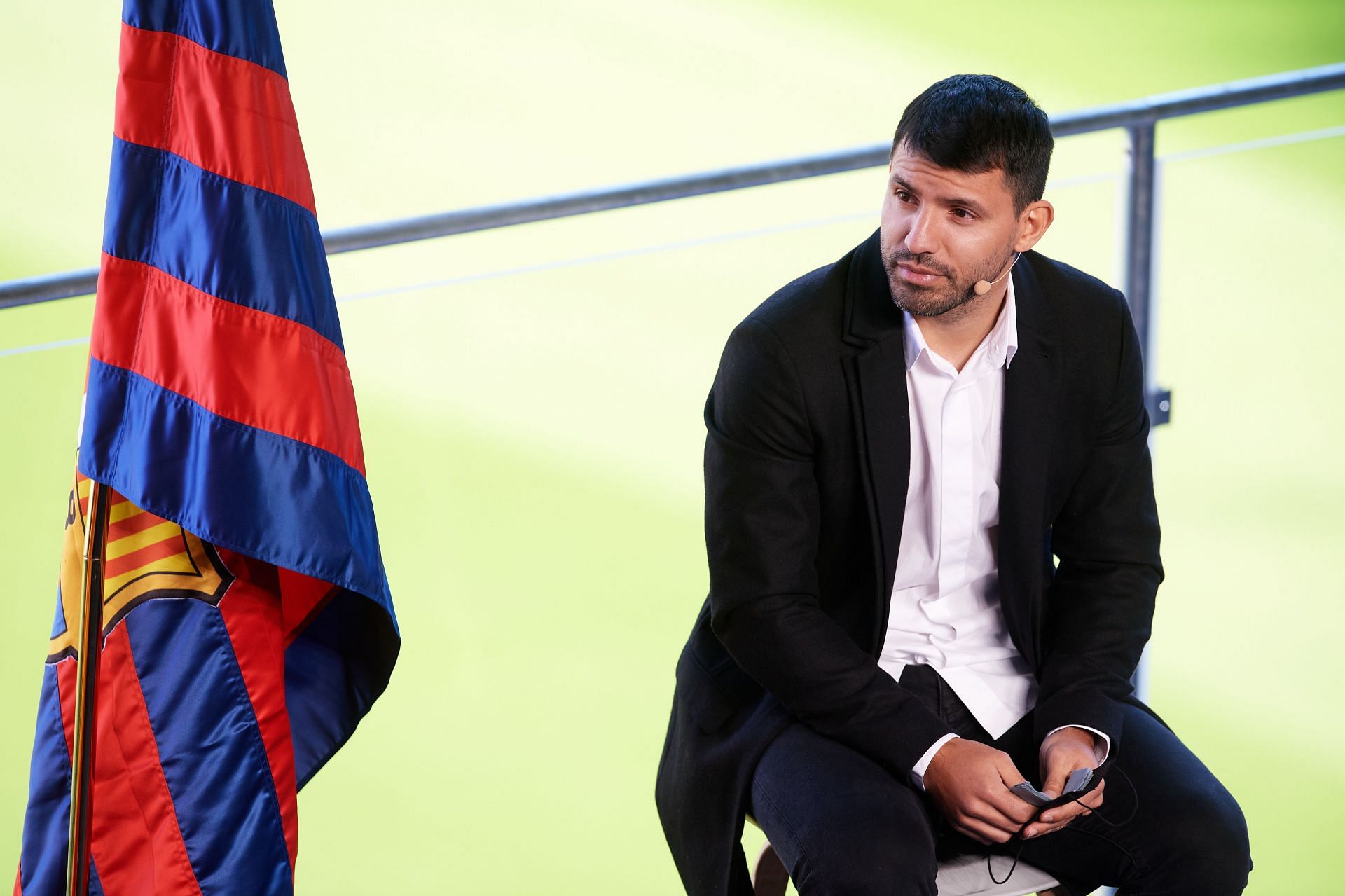 Former Barcelona striker Sergio Aguero has confirmed that he will play in his first football match since retiring from football 15 months back due to a heart condition.

Aguero joined Barca from Manchester City on a free transfer in the summer of 2021. But his time with the Catalan giants came to a bitter end during his first home start.

The Argentine was substituted in the 42nd minute of Barcelona’s 1-1 draw against Alaves on 30 October in 2021. He was in discomfort following a clash with an opposition player and needed medical assistance.

Aguero was later diagnosed with arrhythmia, a condition which forced him to retire from football at the age of 33. He managed just 165 minutes of football for the Blaugranas during his time in Spain.

2012: I was an 11yr old city fan watching Aguero win us our first Prem title

The Argentine has now confirmed that he will return to action to represent Barcelona Sporting Club in the Noche Amarilla friendly match on 28 January. It is a yearly game played by the Ecuadorian club which features a football legend.

Sergio Aguero is scheduled to make a guest appearance in the 2023 edition of the friendly. Speaking about his return to football later this month, the former Atletico Madrid centre-forward said (h/t Mirror):

“I look forward to being there and having fun. I have had check-ups from the cardiologist, I am very well and I have already started training, so I will be able to play in the Noche Amarilla.”

“I hope to have fun and feel the pitch again. I feel very good, I have a monitor to be in control, so I will be able to play because in 15 days I will also play a game with my friends from Barcelona in Spain.”

Having retired from football, Sergio Aguero was an obvious absentee in manager Lionel Scaloni’s 26-man squad for the 2022 FIFA World Cup.

However, the former Manchester City forward spent time with the nation’s camp and was Lionel Messi’s roommate leading up to the final against France, which La Albiceleste ultimately won. After the game, Sergio Aguero joined in on the celebrations on the pitch.

Sergio Aguero at the unveiling of his new statue outside the Etihad 💙 pic.twitter.com/4Gehf0JuIH

He celebrated with his teammates in the immediate aftermath of their penalty shootout win against France while sporting an ‘Otamendi 19’ Argentina jersey. Speaking about that day, he continued, via the aforementioned source:

“I exceeded myself in the World Cup final in Qatar, with the celebrations on the pitch with those who were my teammates but I hope to be very well to play again after a year away from the game and the fans.”