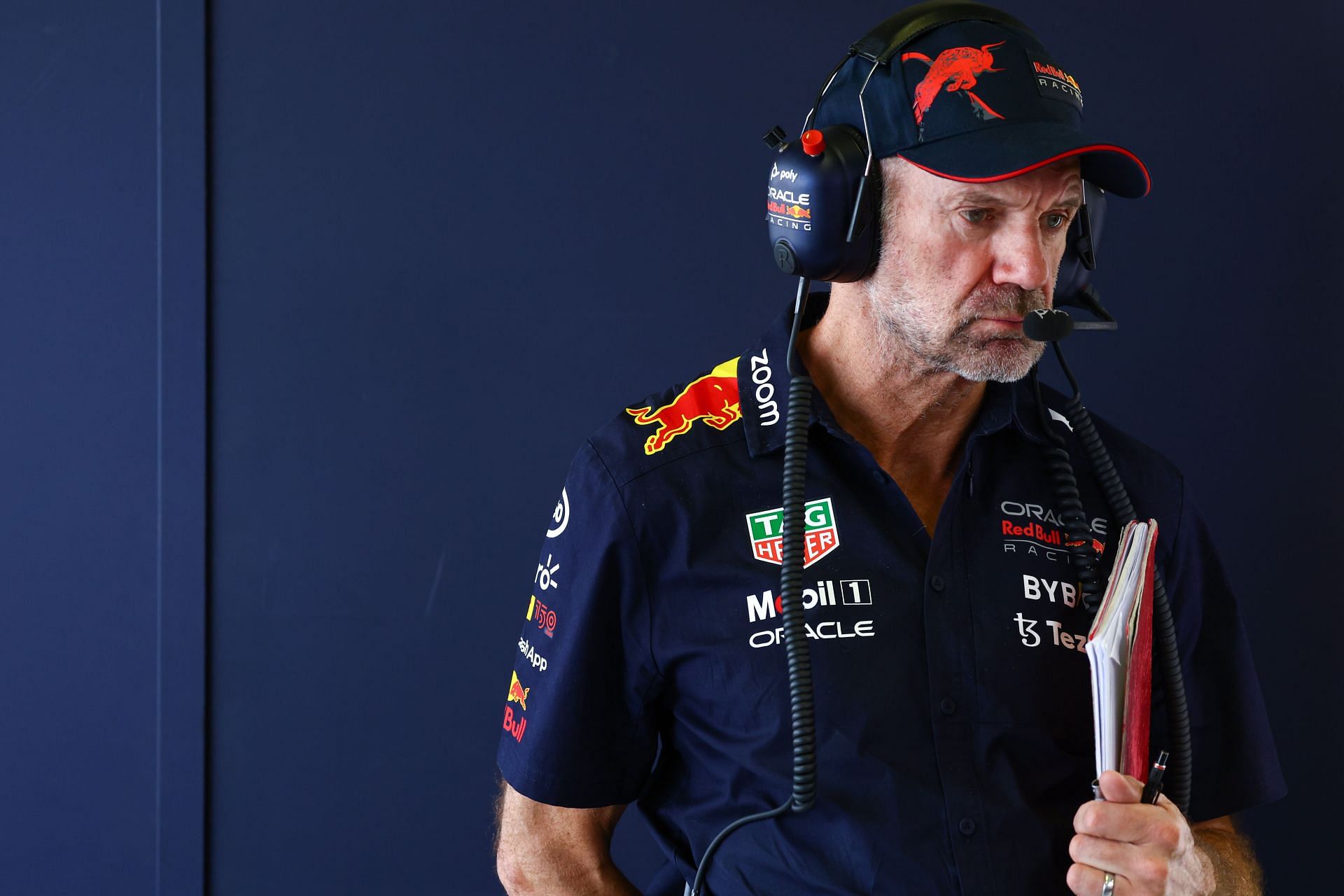 Red Bull’s chief technology officer is very proud of the fact that the Austrian team was able to fight Ferrari early in the 2022 F1 season despite having a short development time. The Bulls had pushed hard in the 2021 F1 season as they were contesting a very close battle with Mercedes for the title. In the end, the title battle that featured Lewis Hamilton and Max Verstappen went down to the wire and it was the Red Bull driver who came out on top.

What a view 😍 Max making his mark in Milton Keynes ⭐️ pic.twitter.com/IiYJD0Sf92

It was suspected at the time as well that Red Bull had probably continued to work on the 2021 F1 machinery longer than anyone else on the grid. Adrian Newey, the man responsible for a lot of the success achieved by the team, admitted that this was the case.

The team left itself with a very short development time for the 2022 F1 car. Looking back, Newey admitted that Ferrari had the quicker car at the start of the season and Red Bull did a decent job of competing despite having less development time. Talking to Motorsport.com, Adrian Newey said:

“In reality, Ferrari, in pre-season, were probably quicker. We had a very good, effective first race upgrade. That made it very close, and then it was really a tight battle early on. Ferrari were quicker in some races, we were quicker in others. We learned from that and tried to make a well-rounded car for the second half of the season, to make sure that it worked on all circuits. I think we all collectively did a decent job there.”

We had quite a short development period: Red Bull’s Adrian Newey

Talking about the challenges in front of them, Newey revealed that the primary aim while developing the car was to get the basics right. Since the team was able to do that, developing the car from that point onward became much easier. Adrian Newey said:

“We had quite a short development period, particularly because we kept developing last year’s car in the battle for the championship, arguably longer than we should have done. That gave us a lot to do over the winter. What we tried to focus on was getting the fundamentals of the car right as this year’s car, and then hoping that would give us the development potential to kind of refine it. That’s fortunately how it panned out.”

Red Bull were able to sweep both constructors’ and drivers’ championship this season, a feat they had not achieved since the 2013 Formula 1 season.