Why did Red Bull receive a $5 million bill from the FIA? All about the fee that left Christian Horner surprised 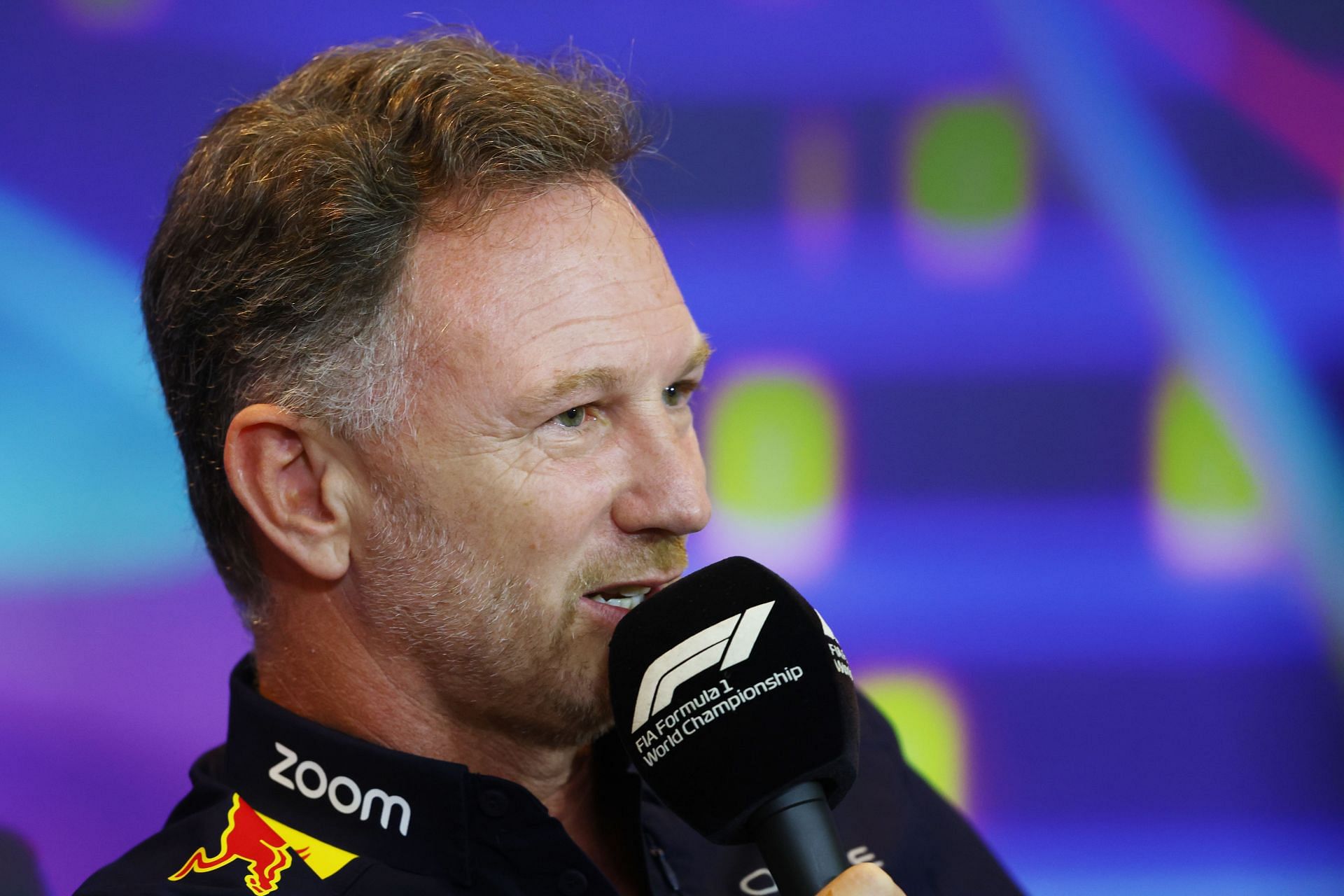 Red Bull’s double title triumph this season came with a $5 million bill from the FIA as part of the entry fee for next season.

Every season, a team has to pay an entry fee to the FIA that is calculated as $5,770 per World Championship point scored. Since Red Bull accrued as many as 759 points this season, the total amount that the team has to pay to the FIA (including the standard fee of over half a million) amounts to $4,956,708.

Joking about the same at the annual FIA Prize Giving Ceremony in Bologna on December 9th, Horner told RacingNews365:

“I didn’t realise how much we had to pay the FIA for the points. I got the bill the other day, it was incredible!”

The Briton also paid compliments to both his drivers Max Verstappen and Sergio Perez. He admitted that the title was very special for the team in one of the biggest rule changes in F1’s recent history, saying:

“It’s very, very special. We broke all our own records, and these two guys have been truly amazing this year, particularly Max has had an outstanding season. Behind the scenes, [a lot of effort went into preparing for] the biggest regulation changes in 40 years, and the whole team in Milton Keynes rose to that challenge magnificently.”

Speaking about Ferrari getting rid of Mattia Binotto, Christian Horner credited the Italian for doing a good job with the team, especially since the team made a return to the front of the grid this season. As quoted by Motorsport, the Red Bull boss said:

“I think, in all fairness to Mattia, he did a very good job in producing a very competitive car and engine for Ferrari, certainly this year. Obviously, they had their moments operationally. He committed a long period of his career and life to Ferrari, and I’m sure it must be very difficult for him to leave that team after all of that time.”

Red Bull boss Christian Horner says Mattia Binotto’s Ferrari exit came as no surprise to him despite their “great car” in 2022, and insists he was never tempted to join the Scuderia as a replacement.#F1 #RedBull #Horner #Ferrari #Binotto pic.twitter.com/Rlns2NIsHM

“So, of course, a huge pressure in that team, because it’s a national team effectively, as well as an OEM team. And I think that it will now be the sixth team principal that I will sit across the table from, since I’ve been at Red Bull and, obviously, you know, a lot of pressure on that job.”