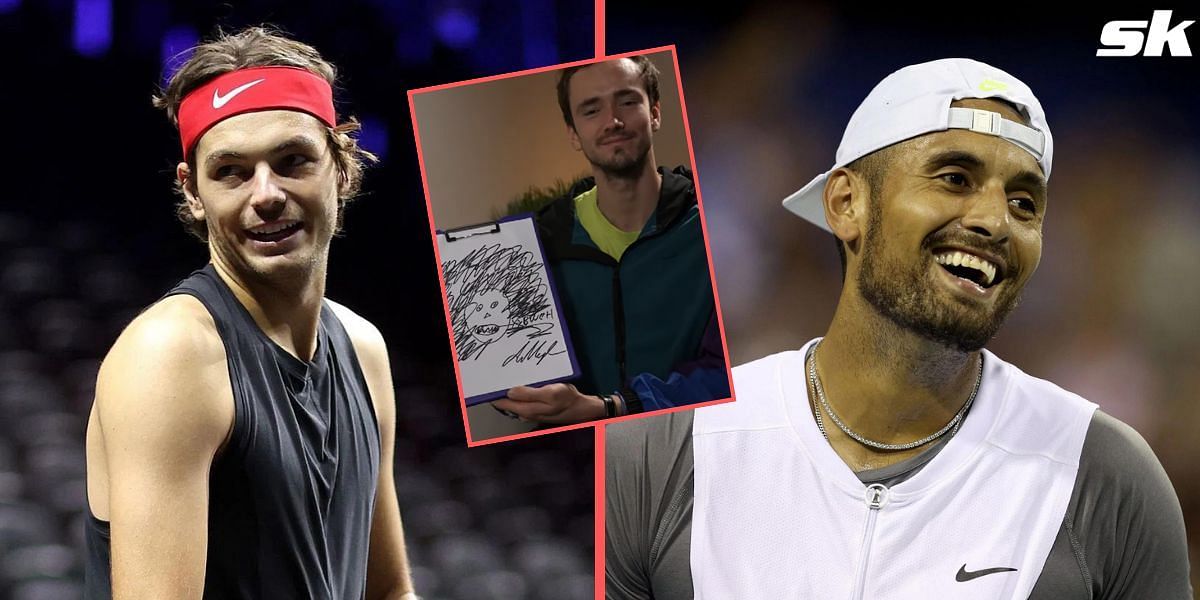 The Diriyah Tennis Cup field led by the likes of Taylor Fritz, Daniil Medvedev, and Nick Kyrgios had some fun between the serious business of tennis at the exhibition tournament in Riyadh. The field took part in a ‘players drawing players’ challenge, where they made some hilarious attempts at drawing sketches of fellow players.

Fritz, Medvedev, and Kyrgios were joined by the likes of Stefanos Tsitsipas, Stan Wawrinka, Andrey Rublev, Cameron Norrie, Matteo Berrettini, and Hubert Hurkacz at the tournament as well as for the fun challenge. First up, Wawrinka drew a ‘long hair and headband’ rendition of Tsitsipas, which the Greek player ended up liking.

“That’s actually pretty good, I like it, ” Tsitsipas said with a big laugh when he saw Wawrinka’s sketch of him.

Meanwhile, Berrettini and Kyrgios drew sketches of each other, Norrie and Hurkacz drew versions of what they thought the other looked like, and compatriots and childhood friends Rublev and Medvedev drew each other. While each of the sketches was funny in a way, Rublev and Medvedev’s renditions of one another were hilarious.

On the tennis court, though, things were bound to get quite competitive as the players battled it out at the exhibition tournament for prize money worth $1 million. 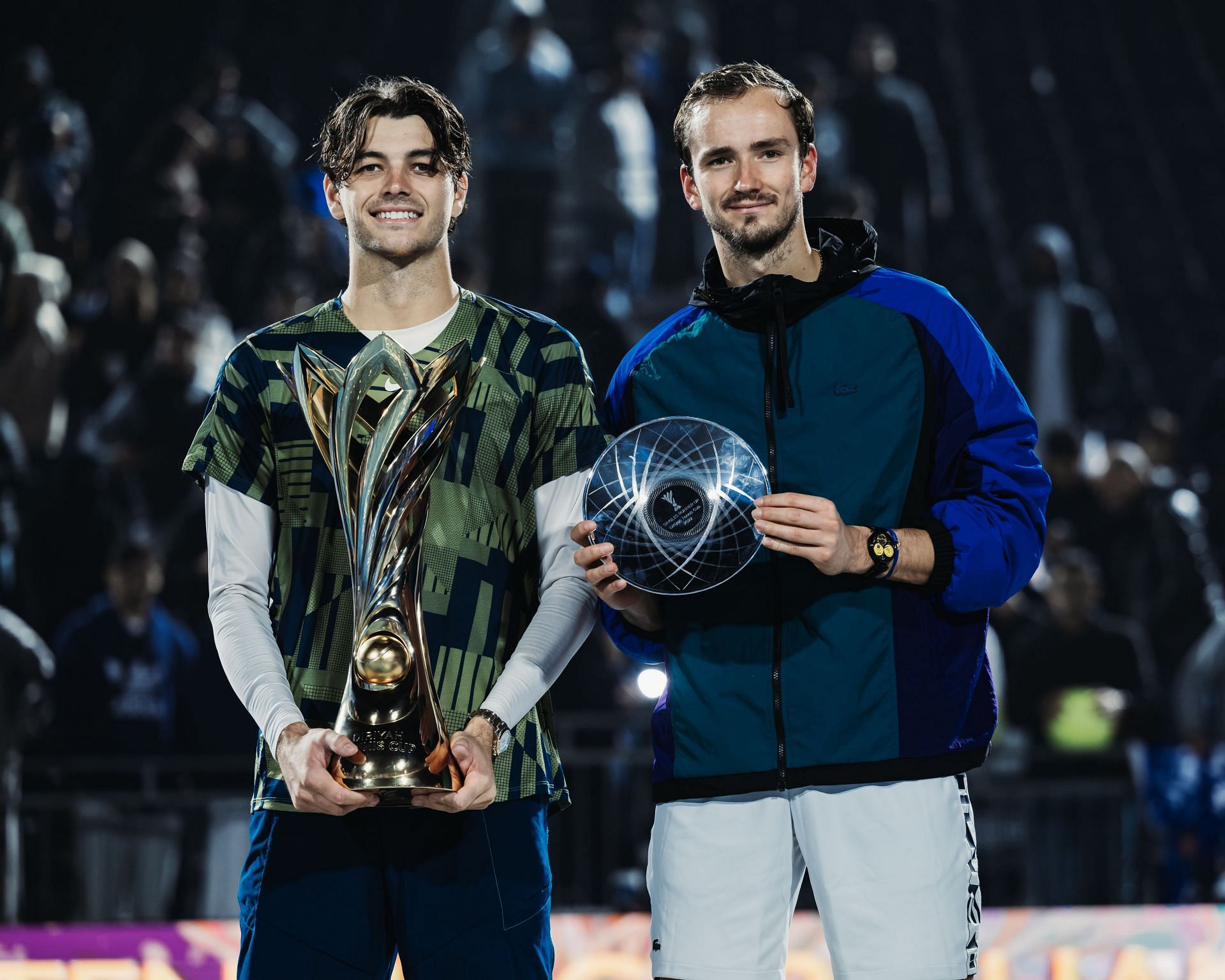 American No. 1 Taylor Fritz beat Daniil Medvedev in a thrilling Diriyah Tennis Cup final on Saturday to take home the million-dollar prize. Fritz won two tie-breaks to get the job done in straight sets. He entered the final with wins over Hubert Hurkacz and Cameron Norrie in the quarterfinals and semifinals, respectively. Meanwhile, Medvedev beat the returning Alexander Zverev and Stan Wawrinka in his two matches leading up to the final.

Zverev made his comeback to tennis for the first time since walking off injured in the French Open semifinals in June. He beat Dominic Thiem in the first round before losing 6-0, 6-4 to Medvedev. Nick Kyrgios lost his opening singles match to Cameron Norrie before teaming up with Stefanos Tsitsipas for a doubles match, which the duo lost to Hurkacz and Dominic Stricker. Meanwhile, Tsitsipas also lost his singles match to Norrie in the quarterfinals.

The duo of Hurkacz and Stricker won the doubles title at the Diriyah Tennis Cup, beating the pairing of Matteo Berrettini and Andrey Rublev in the final.