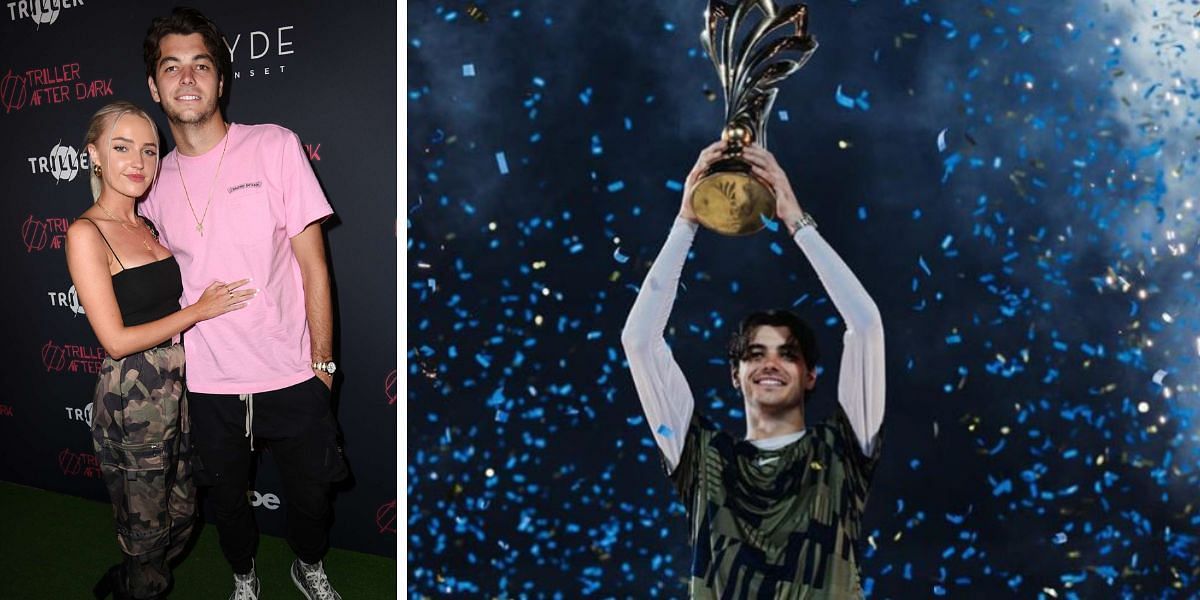 The exhibition tournament, which concluded on Saturday (December 10), witnessed Fritz lock horns against Daniil Medvedev in the title decider. The American ended his 2022 season on a high note as he defeated reigning champion Medvedev in straight sets.

The At-Turaif tennis court witnessed a hard-fought battle between them as both sets were decided on a tie-break. It took an hour and fifty-two minutes for Fritz to register the title win. After the match, Morgan took to Instagram to share her happiness upon witnessing her boyfriend lift the title on Saturday.

“Anotha one,” she wrote in her Instagram story sharing a post of Fritz in which he was lifting the title.

Morgan Riddle has been a constant companion and a major source of support for Taylor Fritz. She is always seen among the spectators cheering for her boyfriend during several tournaments.

The couple have been dating for more than two years and have remained a fan-favorite as they often share their adorable moments on social media. They are currently set to appear together in a new Netflix documentary series as well.

“Thank you everyone for the support” – Taylor Fritz expresses gratitude for support from girlfriend, family, and fans after winning the Diriyah Tennis Cup title 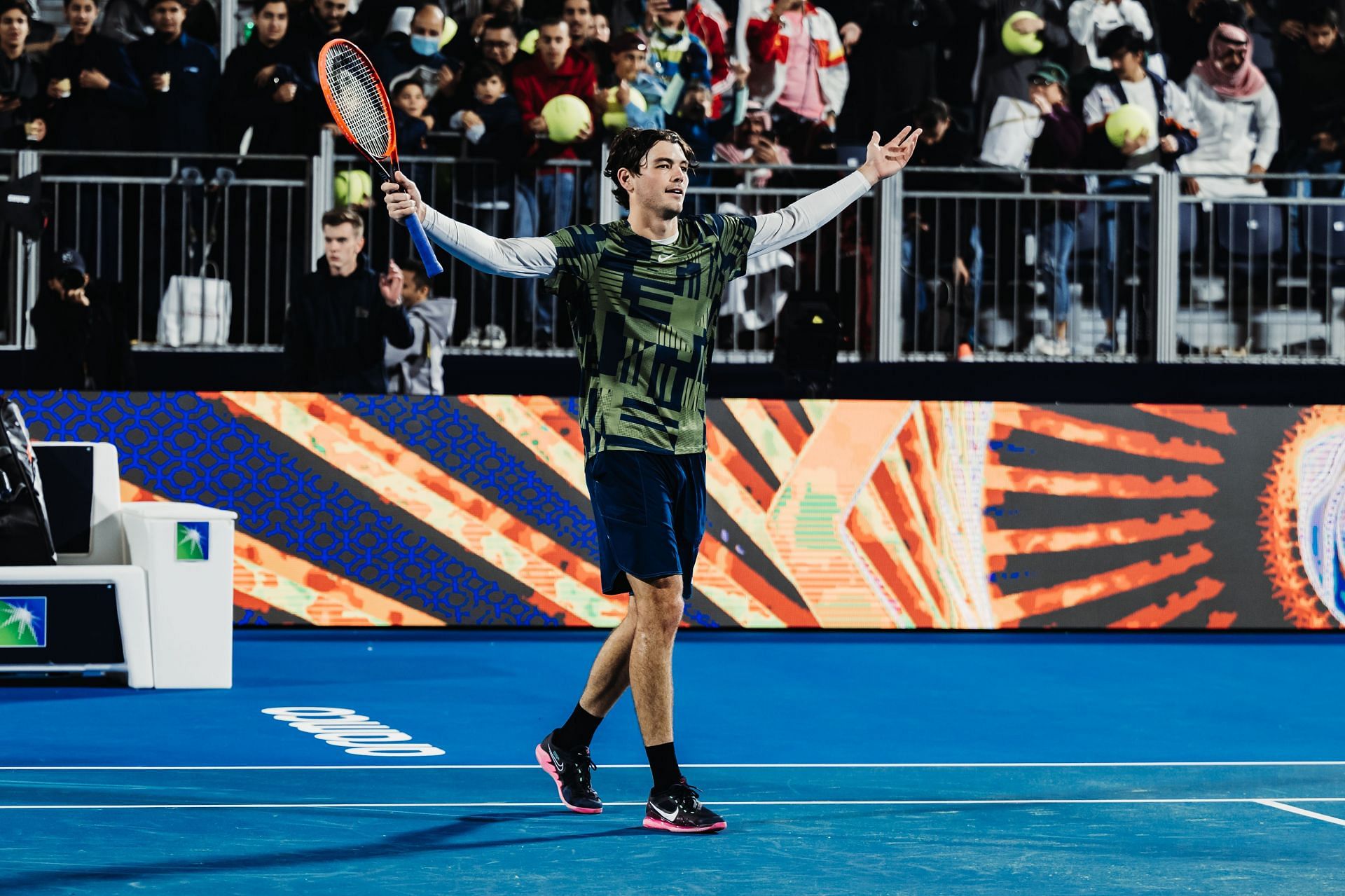 Taylor Fritz remained grounded in his words after clinching the title at the 2022 Diriyah Tennis Cup. He acknowledged the encouragement that his family and fans have showered upon him for the entirety of the year.

After winning the title in the exhibition tournament, the American took to Instagram to share his heartfelt message. Upon reflecting on his 2022 season, he expressed contentment as he stated that “last year felt like a dream.”

“@diriyahtenniscup CHAMPION. For real this last year has felt like a dream, thank you everyone for the support all year long,” Fritz wrote in his Instagram post.

Fritz also opened up about his preparations for the upcoming season as he hopes to get some training in the upcoming days. The Eastbourne International champion confirmed that he will commence his 2023 season in Australia.

“Time to get some training in and I’ll see you in Australia for 2023,” he added.

Taylor Fritz savored his career-best season in 2022 as he won three titles, including Indian Wells, Eastbourne, and Tokyo. The American finished off his ATP tour with a 46-21 win-loss record.