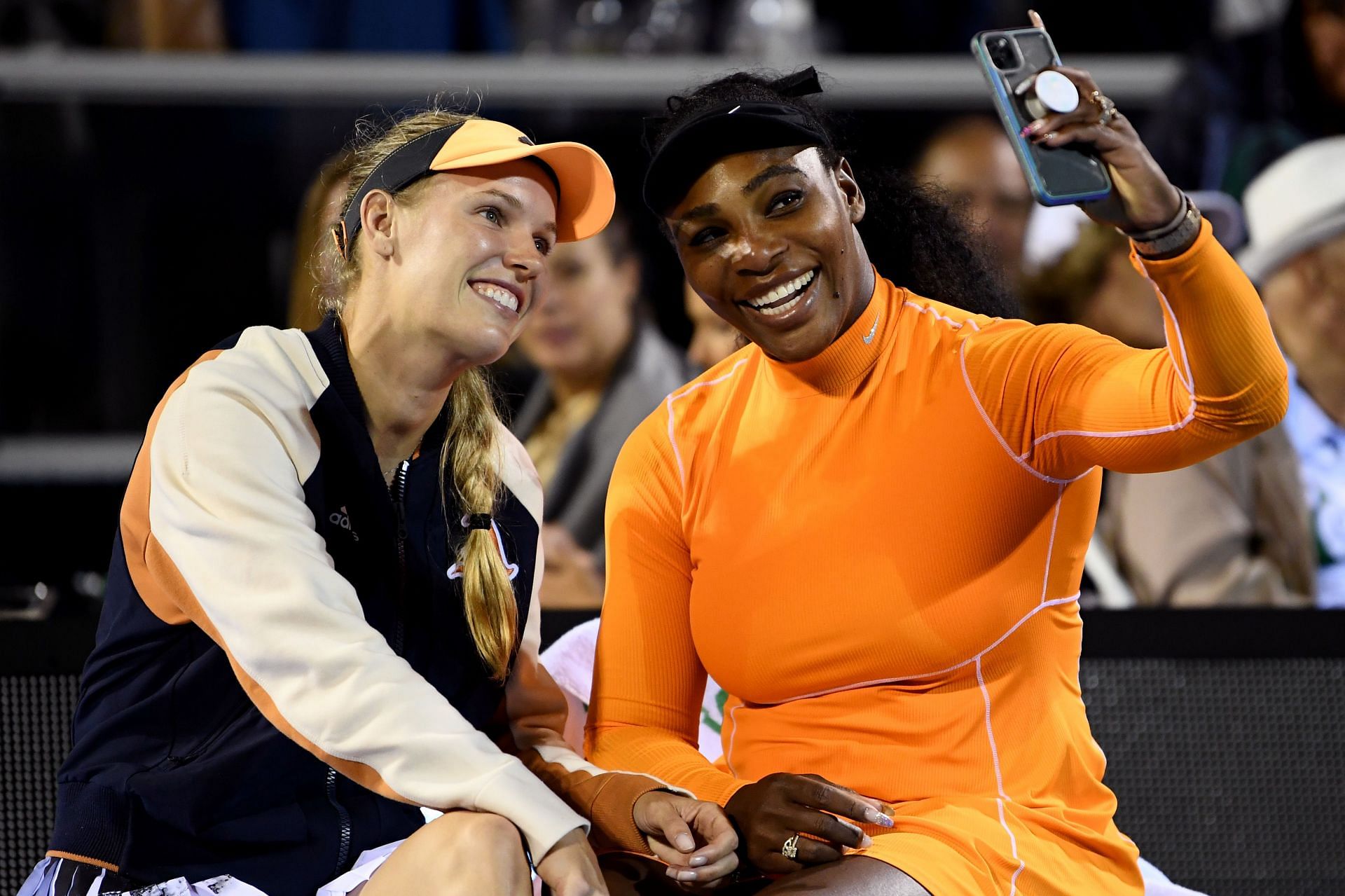 Former World No. 1 Caroline Wozniacki strongly believes Serena Williams’ retirement is definitive and permanent, and that we would be lucky to even see the American play tennis at an exhibition level.

The 23-time Major champion penned a heartfelt letter for Vogue back in August, where she stated that she was “evolving away from tennis.” She did not definitively state that she was going to retire but instead would be transitioning into a new phase of life.

While this led some fans to believe that Williams would return to the sport one more time, Caroline Wozniacki thinks otherwise. Speaking on Tennis Channel, the 2018 Australian Open champion highlighted how the American is extraordinarily busy with multiple facets of her non-tennis life.

“I don’t think so, if she [Serena Williams] plays an exhibition I think that would be lucky but I don’t think we will see her back playing on tour. Just so many things going on. I think she loves the game so much it’s been her life for so many years but at the same time, she’s busy. I’m trying to track her down now, she’s in Miami this week, so I’m like let’s grab coffee, let’s grab a drink or dinner,” Wozniacki said.

“She has a million things going on. I don’t think we’ll see her on a professional tennis court ever again,” she added.

.@CaroWozniacki answers whether she believes her good friend @SerenaWilliams will return on tour 👀#HonoringLegends pic.twitter.com/0vVFweGv3Z Despite all but announcing her retirement in her article for Vogue and getting a farewell-esque send-off at the US Open, Serena Williams claimed that she has “not retired.”

During her first public appearance since her New York Major send-off at TechCrunch Disrupt in October, the 41-year-old American asserted that her chances of returning to competitive tennis were “very high.”

“I am not retired. The chances [of me returning] are very high. You can come to my house and [see] I have a court,” Williams said.

Having said that, Williams said she has been “enjoying” this phase of her life, which she interestingly labeled as the ‘rest of her life,’ signifying that she might have indeed fully retired from the sport.

“But I did go on the court the other day and [realized] for the first time in my life that I’m not playing for a competition and that felt very weird. It was like the first day of the rest of my life, and so far, I am enjoying it. But I’m still trying to find that balance,” she expressed.