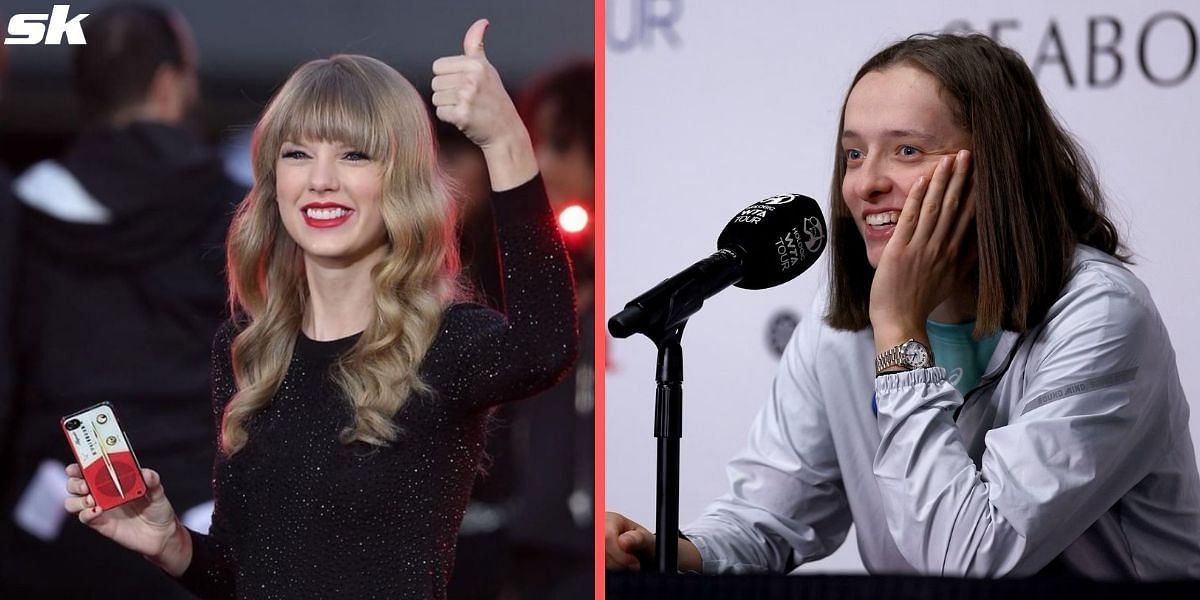 Christmas is here early for World No. 1 Iga Swiatek as the Polish tennis superstar received an early Christmas present this weekend and proudly showed it off. She was gifted the vinyl of the music album Midnights by the hugely popular American singer Taylor Swift.

As a ‘Swiftie’ – as Taylor Swift’s dearest fans are known – the present is very special for Swiatek. She took to social media to reveal the gift as well as her sheer excitement upon receiving it. She later also revealed her favorite tracks from the album.

“Ha! First Christmas (gift emoji) is here and I love it,” Iga Swiatek wrote on Twitter, along with a photo of herself holding the Midnights vinyl.

🎶Ha! First Christmas 🎁 is here and I love it. pic.twitter.com/XVspePKYxm

With fans curious to know Swiatek’s favorite track from the album, she named her three favorite songs, those being Bejeweled, Midnight Rain, and Sweet Nothing.

One of the songs from Swift’s new album, Snow On The Beach, features fellow American singer-songwriter Lana Del Rey, and Swiatek is a big fan of Rey as well.

Back in October, it was revealed that Del Rey and Swift would be collaborating for Snow On The Beach, but Swiatek was late to learn about the same. She joked about “playing too much tennis” as she took six days to learn about a collab between two of her favorite artists.

“I definitely play too much tennis if I didn’t know that @taylorswift13 & Lana Del Rey recorded song together. How could I live 6 days without knowing,” Swiatek wrote on Twitter.

I definitely play too much tennis if I didn’t know that @taylorswift13 & Lana Del Rey recorded song together. How could I live 6 days without knowing… pic.twitter.com/zHuQikOLFe 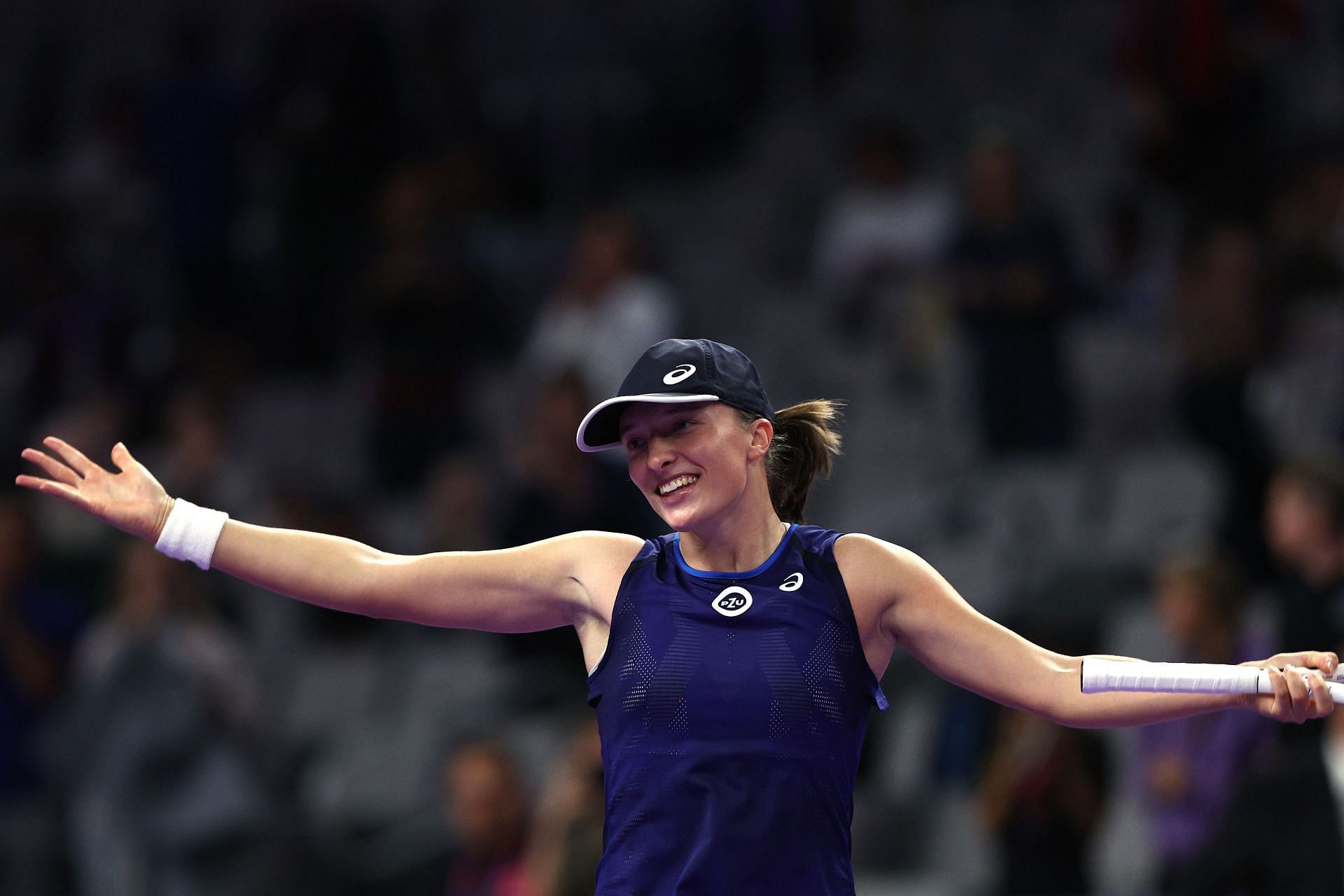 While she only recently received Taylor Swift’s Midnights album vinyl as a gift, Iga Swiatek found some time to give all the songs from the album a proper listen. She found them “super catchy,” before highlighting that so is the case for most of the music created by Swift.

Speaking about the same during a chat with Tennis Channel at the WTA Finals, she shared her thoughts on a couple of other past albums released by Swift, saying that she loves “everything Taylor Swift does.” Swiatek went on to declare herself a ‘Swiftie.’

“The thing is that I didn’t have time to listen to it in quiet place and just really focus on it, but yeah, some of the songs are super catchy but that’s normal for Taylor Swift, you know. And you can see, by her writing, how much talent she has,” Iga Swiatek said.

“But honestly, when I kinda hear the vibe, I preferred Folklore and Evermore, sorry. But this one, I feel like this one is more pop, you know. But I like everything she does. Even the country albums – which are not that popular – I love them, so. I’m a Swiftie for sure,” she added.

Swiatek would have finally had some time to listen to those songs with some peace and quiet around her, enjoying a little bit of time off after ending her 2022 season at the WTA Finals. She went on a short holiday before returning to the practice courts a few days ago in preparation for the 2023 season.