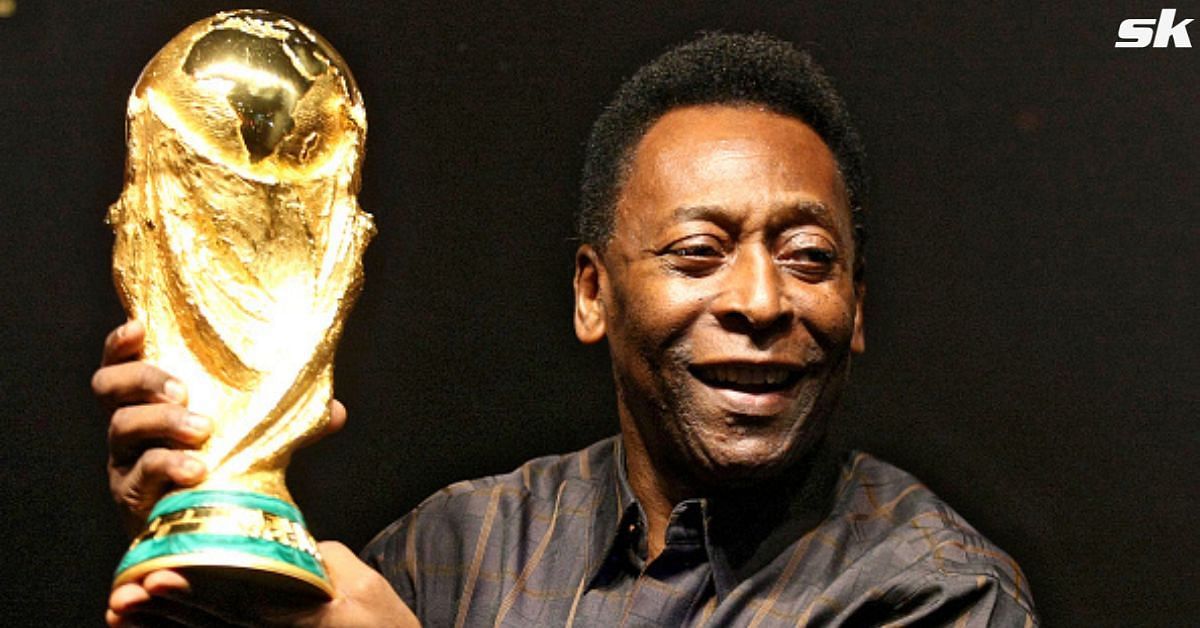 Brazilian legend Pele commented on Tottenham Hotspur forward Richarlison’s emotional post on Instagram following A Selecao‘s FIFA World Cup elimination. The 1958 World Cup winner posted an encouraging message to his fellow countryman after their national side were knocked out by Croatia.

Brazil lost 4-2 on penalties to Croatia in the Quarter-Finals of the 2022 FIFA World Cup. The match ended in a goalless draw in the regulation 90 and went on to extra time, during which Neymar and Bruno Petkovic scored a goal each for their respective national outfits.

Croatia started strong in the shootout as Nikola Vlasic slotted it down the middle for the first penalty kick. On the other hand, Brazil’s confidence dropped when Rodrygo’s shot was saved by Dominik Livakovic.

Croatia found the back of the net in their next three penalties, including a great finish by captain Luka Modric. A Selecao did manage to score two of their subsequent penalties. However, Brazil’s FIFA World Cup campaign ended early when Marquinhos hit the post from the spot, allowing Croatia to proceed to the semi-finals.

Following the encounter, Richarlison took to Instagram to express his dejection after his side’s elimination from the FIFA World Cup in Qatar. The Tottenham attacker reflected on the encounter while thanking Brazil fans for their support.

Paris Saint-Germain (PSG) superstar Neymar Jr. says he is ‘psychologically destroyed’ after his side’s elimination from the 2022 FIFA World Cup. The Brazilian forward, who scored a goal in extra time, poured his heart out in an emotional Instagram post.

“I’m psychologically destroyed. This was certainly the defeat that hurt me the most, which paralyzed me for 10 minutes and right after, I fell into non-stop crying. It’s going to hurt for a long time, unfortunately. We fought until the end. I’m proud of my teammates because there was no lack of commitment and dedication. This group deserved it, we deserved it, BRAZIL deserved it…”

“But this was not the will of GOD! It was worth every sacrifice to feel the affection of each one from inside the field… Thank you all for your support with our national team. Unfortunately it didn’t work out… it’s gonna hurt for a long, long time. Thank you for everything my GOD, you have given me everything so I can’t complain. Just thank for watching over me. All honor and glory are always for you, regardless of the circumstances.”