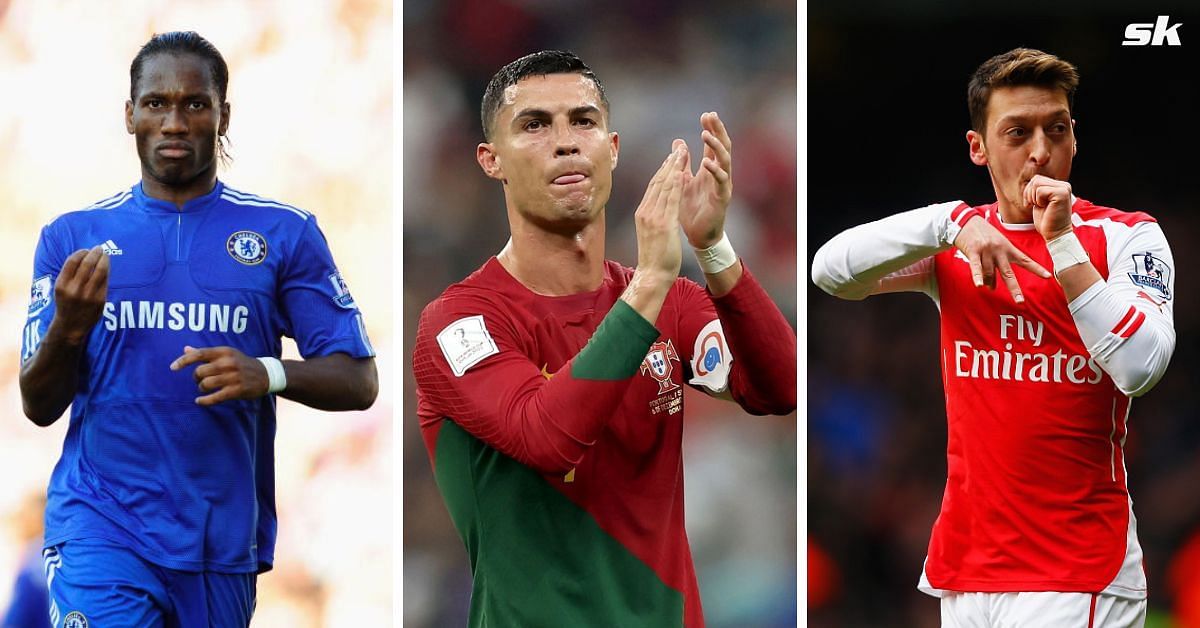 Chelsea legend Didier Drogba has publicly agreed with Mesut Ozil’s comments on Cristiano Ronaldo, the recipient of much criticism in recent times. The former Arsenal star is of the opinion that the press and pundits have made negative remarks about the Portuguese superstar just to attract attention. This is a viewpoint that Drogba concurs with.

Many have laid criticism on Cristiano Ronaldo, including Manchester United legends Gary Neville and Wayne Rooney. The Portuguese superstar even hit back at his former teammates in a scathing interview with Piers Morgan.

Ronaldo’s behavior at Old Trafford has recently come under scrutiny. This includes an instance where he left the stadium during a Premier League fixture after refusing to come on as a substitute. The very interview he featured in with Morgan has also been condemned by many.

Amid such heavy criticism of Cristiano Ronaldo, Ozil, his former teammate, came to his defense on Twitter. He wrote:

“I really don’t get where this constant negativity from the press about Cristiano comes from … The Media is just trying to get clicks, and pundits who don’t have a career anymore just want to get attention with his big name and try to make him look bad…”

Ozil further wrote that Ronaldo should not be expected to score 50 goals a season considering his age, and that he must be respected as one of the greatest athletes in sports history.

Cristiano Ronaldo’s girlfriend Georgina Rodriguez has taken a dig at Portugal boss Fernando Santos in an astonishing social media rant. The Argentinian model criticized the Portuguese boss for not selecting Ronaldo in his starting XI against Morocco.

“Today your friend and coach made the wrong decision. That friend for whom you have so many words of admiration and respect. The same one who, when putting you on the field, saw how everything changed, but it was too late. You can’t underestimate the best player in the world, its most powerful weapon. Much less should one stand up for those who don’t deserve it. Life gives us lessons. Today we don’t lose, we learn. We admire you.”

Portugal lost 1-0 against Morocco in the quarter-finals and were knocked out of the FIFA World Cup.

Cristiano Ronaldo is currently a free agent after his Manchester United contract was terminated by mutual agreement. It remains to be seen at which club the Portuguese superstar will end up.