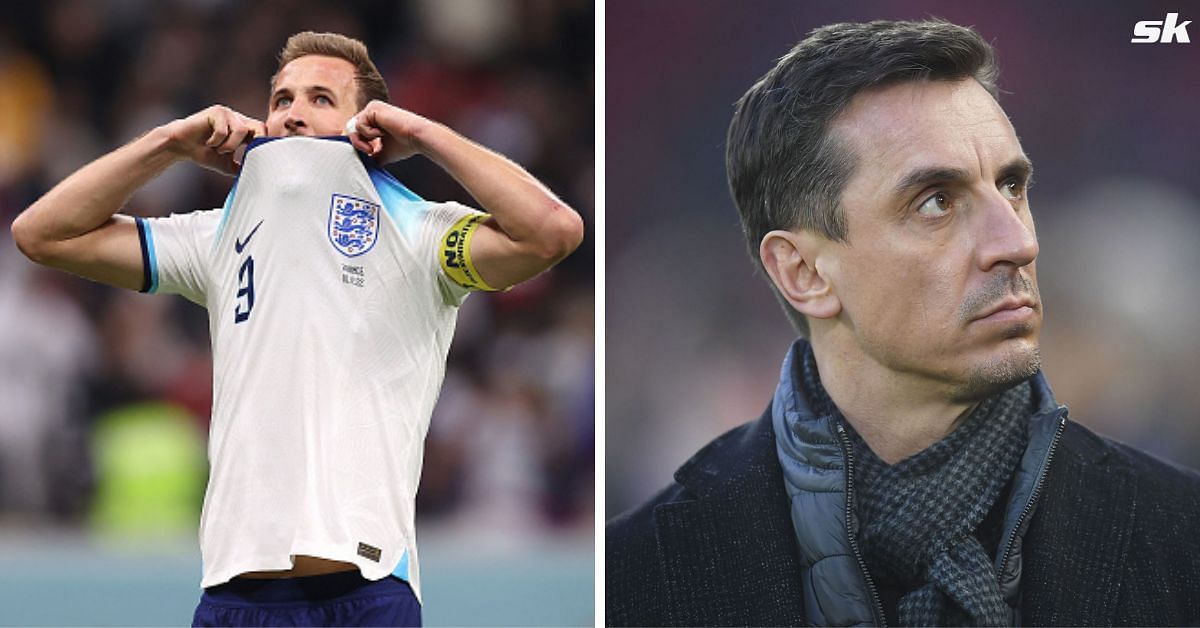 England suffered a 2-1 defeat at the hands of the defending world champions in the quarter-finals in a game that will be remembered for years to come. Aurelien Tchouameni opened the scoring in the encounter with a sensational finish from outside the box early in the first half.

Absolutely gutted. We’ve given it everything and it’s come down to a small detail which I take responsibility for. There’s no hiding from it, it hurts and it’ll take some time to get over it but that’s part of sport. pic.twitter.com/lw5Esl4fnA

France were leading the encounter 1-0 at the break. In the early minutes of the second half, Bukayo Saka won a penalty for England, and captain Harry Kane stepped up to the spot. The English striker slammed it into the bottom left corner past Tottenham Hotspur teammate and France goalkeeper Hugo Lloris.

Olivier Giroud then scored a brilliant header in the 78th minute for France in what seemed to be the match-winner. However, Mason Mount won another penalty for the Three Lions just a few minutes later, reviving England’s hopes for the 2022 FIFA World Cup.

Kane once again stepped up to the spot and many expected the striker to equalize for the Three Lions. However, the Tottenham star missed the penalty, with the shot blazing wildly. Following the encounter, Gary Neville shared what he noticed to be a slight difference between the two penalties taken by Kane. He said (via The Boot Room):

After the game, Kane was asked by ITV if the first penalty had impacted his thought process for the second. He replied (via Eurosport):

“No. I’m always someone who prepares for getting one or two penalties in a game, I always have an idea of what I want to do. I can’t fault my preparation or anything like that, it was just the execution on the night. The first pen was great, the second one I didn’t quite hit it how I wanted to.”

He added, taking responsibility for the loss against France:

“I have to take it on the chin, it will hurt for sure, the whole game will hurt. As the captain, I’ll take that, but I couldn’t be prouder of the boys. It comes down to a small detail I’ll take responsibility for. I’m not worried about the team and how it will impact them. We have some great talent.”

While the Spurs star was definitely hurting, England can take pride from what was a very good performance against a very good side. France are through to the semi-finals, where they will face Morocco, whereas England are going home.