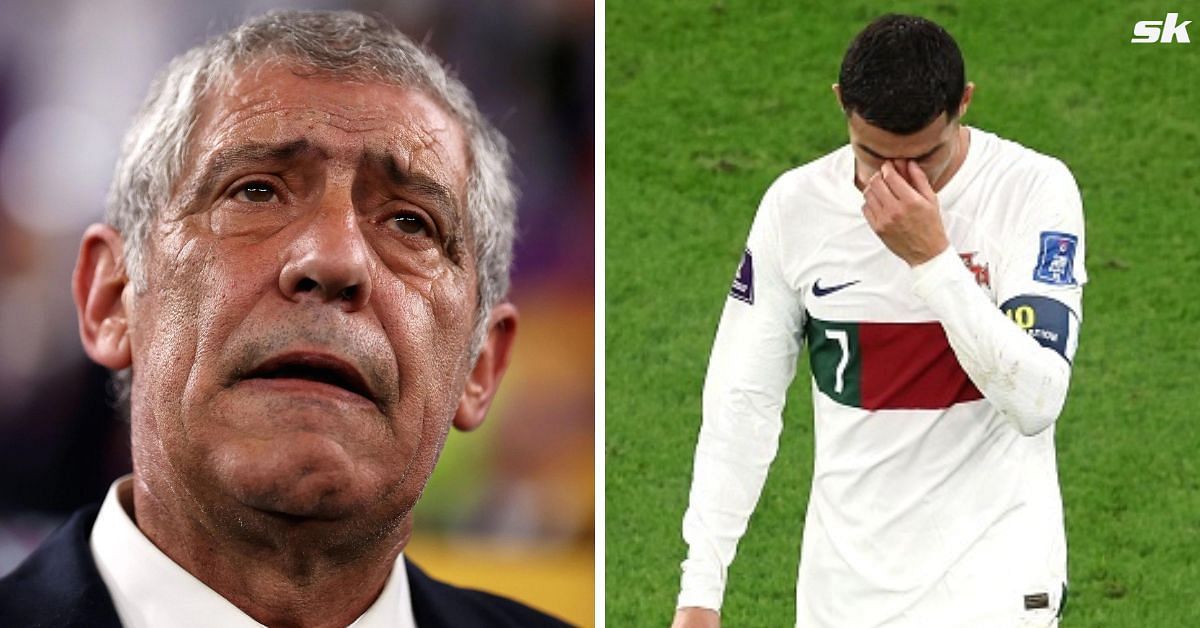 Luis Figo has put the entirety of the blame for Portugal’s 2022 FIFA World Cup elimination on manager Fernando Santos’ decision to bench Cristiano Ronaldo. Portugal played poorly and were eliminated in the quarter-finals by Morocco.

The former Manchester United and Real Madrid forward started all three of his country’s group-stage games. However, he was left out of the starting XI in the last 16 clash against Switzerland in favor of 21-year-old Goncalo Ramos.

The Benfica striker scored a hat-trick as Portugal beat the Schweizer Nati 6-1. He was once again brought on from the bench in the second half when they faced Morocco in the next round.

This time, he was introduced just six minutes after the start of the second half. By then, the North African nation were leading through a 42nd-minute goal from Youssef En-Nessyri.

Despite playing for nearly 47 minutes including stoppage time, Cristiano Ronaldo could not muster anything meaningful. Figo, who represented Portugal in the 2002 and 2006 FIFA World Cup tournaments, said it was a mistake to bench the five-time Ballon d’Or winner. Here’s what he said (H/T AS):

“You can’t win the World Cup with Cristiano on the bench. Leaving Cristiano Ronaldo on the bench was a mistake. This defeat is the responsibility of Fernando Santos.”

🎙 Luis Figo: “You can’t win a World Cup with Cristiano Ronaldo on the bench. Win against Switzerland? Excellent! But can you do that in every game? No.

Leaving CR7 on the bench was a mistake, this defeat is the responsibility of the management and the manager.”#FIFAWorldCup pic.twitter.com/y0BRYlV3dl

Ronaldo has been grabbing the headlines for all the wrong reasons this campaign. After leaving Manchester United via mutual consent last month, he irritated Santos with his actions during the 1-0 loss against South Korea.

While exiting the pitch five minutes past the hour mark, Portugal’s No. 7 was seen ‘shushing’ a South Korean player. This did not sit well with Santos, who publicly denounced Ronaldo’s behavior afterwards.

Speaking before their last 16 win against Switzerland, Santos refused to confirm if Ronaldo would start or captain the team in the upcoming game.

Speaking after the full-time whistle against Morocco, Santos claimed he had no regrets about leaving Ronaldo out of the starting XI.

He said via ESPN:

“I don’t think so, no regrets. I think this was a team which played very well against Switzerland. Cristiano Ronaldo is a great player, he came in when we thought it was necessary, so no regrets.”

This was Ronaldo’s fifth World Cup tournament. It is highly likely that the 37-year-old will announce his retirement before the 2026 FIFA World Cup.